The ancient Christian feast day of Epiphany (today) commemorates the visit of the Wise Men to the new born Christ Child, bearing their gifts of gold, frankincense and myrrh and is the origin of our tradition of giving Christmas presents.

In Venice (from where we ought to have been returning this afternoon!), as in all Italy, Epiphany is still commemorated and a vital part of the celebrations (at least as far as the children are concerned) is the anticipated arrival of La Befana – a female counterpart of those Father Christmas/Santa Claus/Kris Kringle/St Nicholas characters who feature in the Northern European and American Christmas folklore. 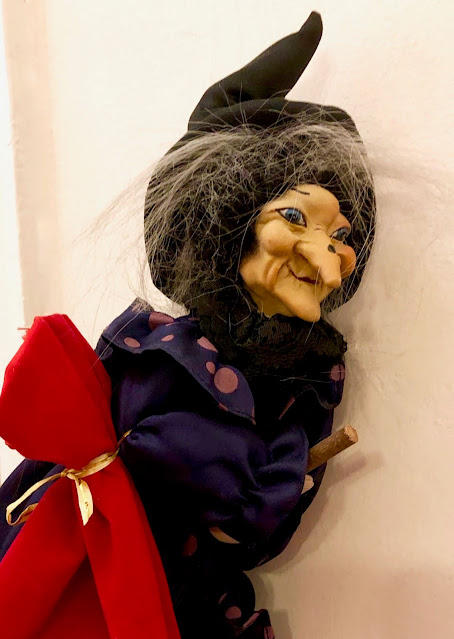 An old woman, riding a broomstick through the air at night, La Befana, wears a black shawl and carries a sack of sweets and gifts which she leaves in the stockings that the children hang up for her. She is covered in soot because – like Santa – she enters the children's houses via the chimney.

Children who have not been good during the year, receive – instead of sweets – a lump of coal (or, nowadays, black sugar-candy) and because she is a good housekeeper, she'll always use her broom to sweep the floor before leaving.

It is polite to leaves out a small glass of wine for La Befana, together with and something to eat – just as Santa gets all those glasses of milk and mince pies... 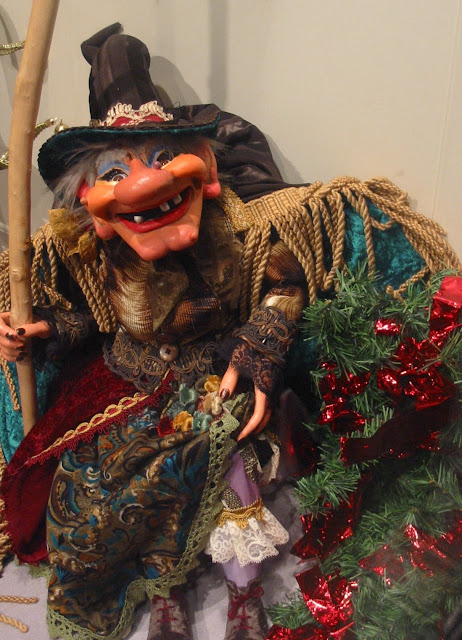 One Christian legend tells how La Befana was visited by the Three Wise Men, seeking directions as to where Jesus had been born. The old woman did not know, but – being a homely, house-proud soul – she gave the travellers shelter for the night.

The following day, the Wise Men invited La Befana to join them on their quest, but she refused saying that she was far too busy with her housework. Then, too late, she charged her mind and went off in search the the Wise Men and the Christ Child but was unable to find them.

So it was that – to this very day – La Befana is searching for them still and, on her travels, leaves toys and candy for all the good children she finds and coal or bags of ashes for those who've been bad.

Italian children are warned that if they ever see La Befana they'll receive a thwack from her broomstick: a typical adult ruse to keep youngsters in their beds on Epiphany Eve while parents are distributing sweets - or coal - and sweeping the floor.

There is, however, an alternative legend of a somewhat darker nature in which La Befana was a woman who on the death of her dearly-loved child went mad from grief. Hearing of the birth of Jesus – and thinking, in her deranged state of mind, that it must be her dead baby – she set out to find him. On eventually meeting Jesus she gave him gifts and, in return, Jesus gave La Befana a gift of his own: that she would be, for all time, the mother of every child in Italy.

To mark Epiphany – and the arrival of La Befana – a regatta is held in Venice every 6 January, with veteran gondoliers (in witchy drag), rowing up the Grand Canal to a finishing line at the Rialto Bridge. 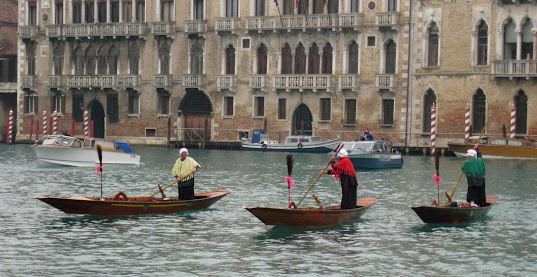 Traffic on the Grand Canal comes to a halt and everyone crowds the fondamenta on either side of the Canal. A giant stocking hangs down from the bridge to mark the winning post and great excitement attends the race and the presentation of the special Befana-emblazoned pennants that are the prizes! 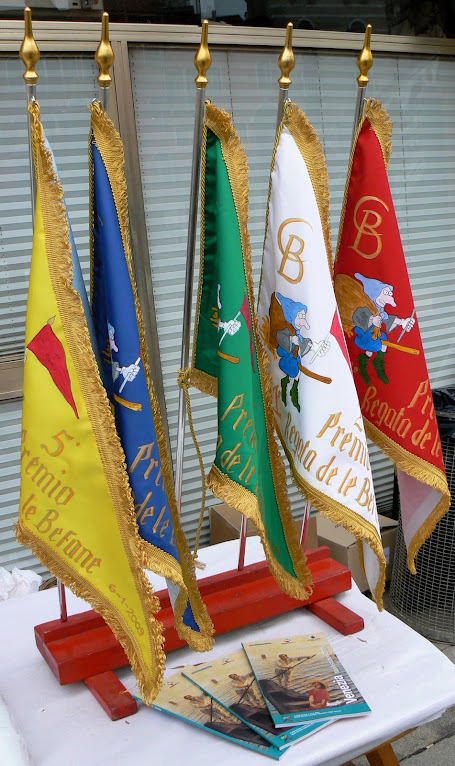 Then everyone (especially little old Italian ladies) gets on with the really serious business of enjoying hot chocolate, mulled wine and sweet flaky biscuits called (in the Venetian dialect) galani... 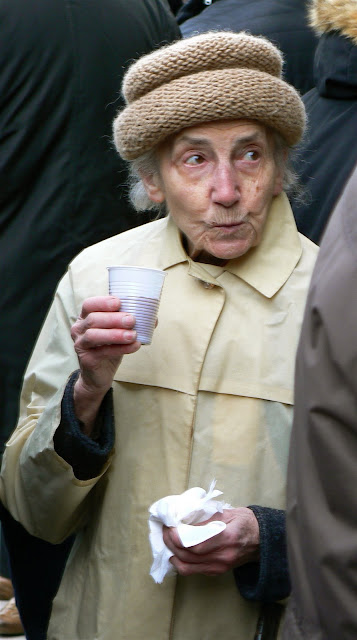 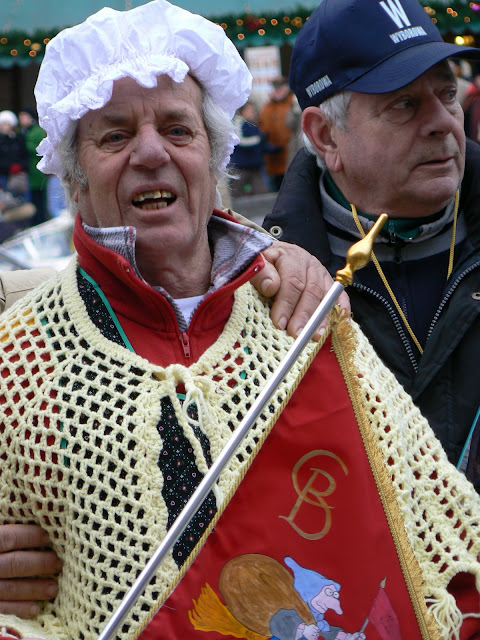 Being Epiphany means, of course, that it it also Twelfth Night and the season of Christmas (or Twelve-tide as it was once known) is officially over for another year.