Do you remember this.. 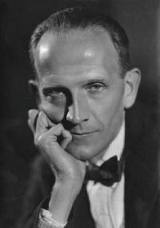 The year: 1977... A record made by a small green frog reaches No.7 in the UK Top Ten and earns him an appearance on the BBC's weekly TV show, Top of the Pops.

The frog was Robin, nephew of Kermit, Master of Ceremonies of The Muppet Show and the lyrics – by A A Milne (left) author, playwright and essayist and Assistant Editor of the humorous magazine Punch – had originally been published in 1924 in Milne's celebrated collection of children's verses, with illustrations by E H Shepard, When We Were Very Young. 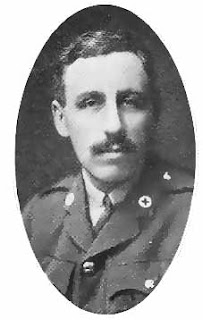 The wistful melody was the work of Harold Fraser-Simson (right), a close neighbour of Milne's in Chelsea and a fellow member of the Garrick Club.

He had also earned a reputation as a successful composer of light music with his score for the phenomenal West End triumph, The Maid of the Mountains, an operetta that played for 1,352 performances: a record run second only, at the time, to that of Chu Chin Chow.

The partnership between Fraser-Simson and Milne began with a volume of Fourteen Songs from 'When We Were Very Young', which instantly capitalised on the huge success achieved by the book of verses, many of which were 'fictionally' based on the juvenile doings of Milne's son, Christopher Robin: going to see the changing of the guard at Buckingham Palace ('with Alice') or being careful not to treads on the lines of the street – especially whenever he went 'Hoppity-hoppity-hoppity-hoppity-hop'!

One of the most famous songs to come out of this collaboration was Milne's first 'children's verse', published two years before When We Were Very Young in 1923, in the American magazine, Vanity Fair. It's formal title was 'Vespers' but most people know it as... 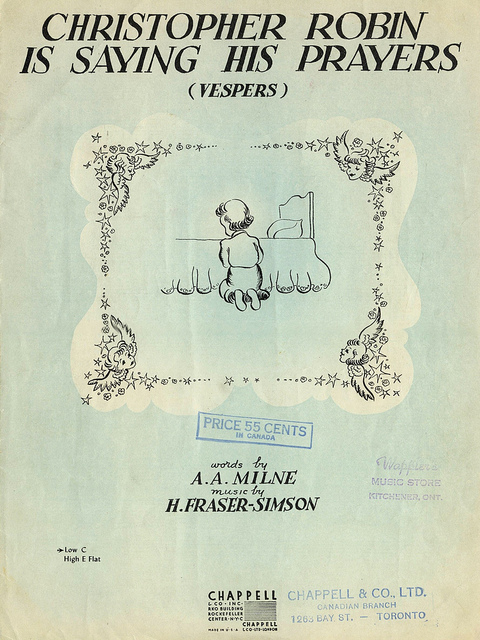 Some may think it is a tad too sentimental (and they'd probably be right!) but, in it's defence, I would point out that the writer later said that if you read the words carefully you'll see that it is, in fact, about a little boy NOT saying his prayers!

Many recordings of the song have been made over the years, from 'Belfast's Own Boy Soprano', Billy Neely...


In addition to the verses in When We Were Very Young and Now We Are Six, Fraser-Simson provided musical settings for the Hums of Pooh, the ditties extemporised by Christopher Robin's 'bear of very little brain' in the books, Winnie-the-Pooh and The House at Pooh Corner. 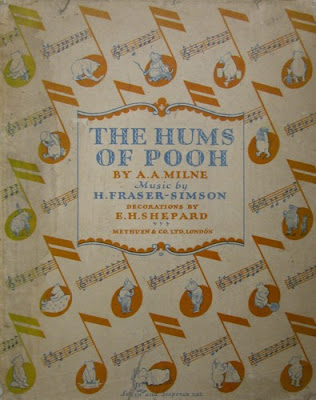 Anyway, what all this is leading up to is that there is a 30-minute feature tomorrow (Tuesday) morning on BBC Radio 4 at 11:30 am about the MIlne/Fraser-Simson partnership.

The Songs of Milne is presented by pianist John Kember (below right with baritone Richard Burkhard), who first came across the music on a friend's piano and set about collecting the scores for all of Fraser-Simson's sixty-seven settings of Milne's verses and Pooh's Hums. It is John's ambition that he and Richard might produce a complete recording of these delightful songs. 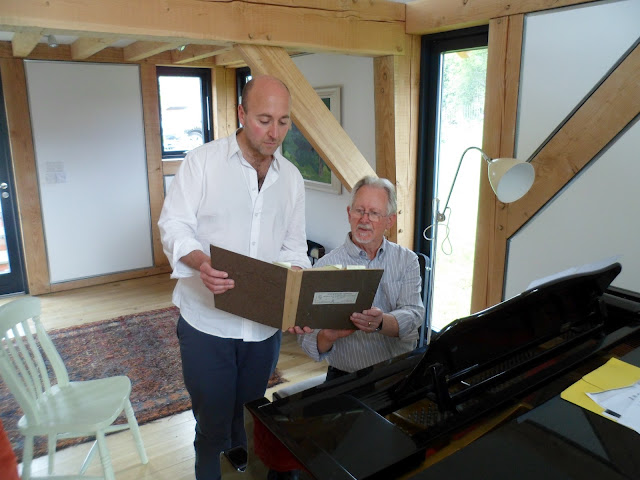 In the programme, John tells the story of this, now largely forgotten, partnership and explores the relationship between the words and the music, their rise and decline in popularity and ponders the question of whether they have any currency in today's world that is so very different to that of the 1920s era of nannies, nursery teas and prayers at bedtime...

Also taking part in the broadcast are Andrew Lamb, authority on musical theatre, Dr Clare Rose, Honorary Research Fellow at the Centre for the Study of Childhood and Youth –– and the author of Three Cheers for Pooh, viz... Me!

Following the broadcast, the programme can be heard via the BBC iPlayer for the next seven days.

I began by mentioning the Muppets and I think the late Jim Henson must have had an affection for these songs because, over the years, a number of them were featured on The Muppet Show. I'll leave you with Rowlf's rendition of one of Pooh's best hums, 'Cottleston Pie'...

As soon as I saw the word "Hum" in the title, I knew there had to be a Milne/Winnie-ther-Pooh connection. This is delightful!

It's amazing how man of those songs are still in my brain after all these years. Less sophisticated times I think :-)

I enjoyed the programme, Brian, though I found some of the po-faced "classical lieder" style recordings hard to take!
Roger