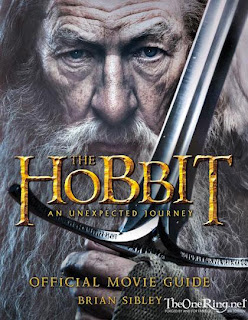 For those eagerly anticipating the publication of my first Official Movie Guide to Peter Jackson films of The Hobbit (and, yes, there are some) the wait is over, today's the day!

It is to be had – as they used to say – from all good bookshops (always supposing you can find one!) or, for a fraction of the price (there go my royalties!) on-line. It is also available in downloadable formats for tablets and reading devices.

Lest I be accused of shamelessly plugging my own publication, you may care to know of a couple of other books that have been published in celebration of Mr Bilbo Baggins' 75th anniversary year. So, to begin at the beginning...

Or, in other words: 'In a hole in the ground there lived a hobbit...'

Yes, this is The Hobbit as it might have been read (had it been written in time) by Julius Caesar! 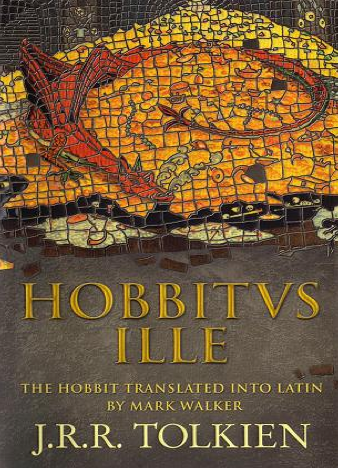 Hobbitus Ille avt Illvc Atqve Rvrsvs Retrorsvm has been translated into Latin by Marco (aka Mark) Walker who describes the purpose behind the challenging  task as follows:


There is, as anyone who has taken the trouble to study Latin knows, a curious gap in the available reading material. On the one hand are simplified stories for classroom use, on the other the glories of high Latin literature – but remarkably little in between. .. This is where the Latin Hobbit comes in. It is nothing more or less than a novel – but a novel now in Latin. Which is to say, it is a Latin text whose principal aim is to be read solely for the pleasure of reading, not one to be studied with the aid of copious editorial  notes, or laboured over in order to glean hard-won quotations for an essay assignment. Reading for pleasure is a rare experience for Latinists, who, in my opinion deserve to enjoy themselves as much as anyone else.

The volume (prettily wrapped-up in a Roman tesserae version of Tolkien's picture of Smaug) opens with a very helpful introduction – helpful because it is in English – and ends with a list of 'NOMINA PROPRIA'!

So, if you're tired of re-reading your dog-eared copies of Winnie ille Pu, Alicia in Terra Mirabilis or Ursus Nomine Paddington, then this is the book for you!

It is published in hardback by HarperCollins at £12.99, and you can order it here! 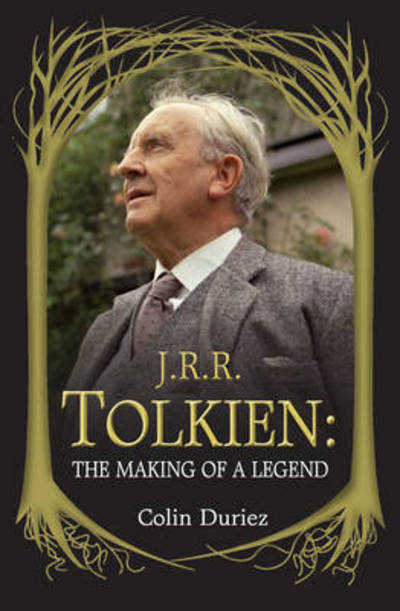 J R R Tolkien: The Making of a Legend is an eminently accessible  introduction to the man who, in his lifetime, could never have supposed the extent to which his name would be known the world over and – thanks in no small measure to The Lord of the Rings film trilogy – his works would become international bestsellers.

Should you suppose that the life of an Oxonian don, obsessed with creating fantastical fictional realms, makes for a dull tale, think again! It is a story of youthful hardship, unrequited love and the horrors of war out of which – combined with formidable scholarship – would emerge the Middle-earth inhabited by Messrs Bilbo and Frodo Baggins.

I can do no better than quote the endorsement facing the book's title-page:


J R R Tolkien created a new form of literary legend with his histories of Middle-earth and, as result, has himself been accorded legendary status. Colin Duriez, who is well versed in the ways of hobbits and  other denizens of Tolkien’s world, presents an engaging, intimate account of the author’s life and work and the phenomenon that both have become. At a time when writings about Tolkien far outnumber writings by him, it is good to be able to commend such a well-researched and highly readable biography that captures the essence of the man and enables us to better understand and appreciate his extraordinary achievement.

All of which I know to be true –– because I wrote it!

My copy is en route!

Congrats Brian! now what does it take to get an autographed copy, (I am just assuming any book tour will not include the backwaters of Idaho)? Going to have to order copies of those other two I think, and I guess it is finally time to learn Latin...

What a wonderful idea.. a fun way to learn latin!!

I love that cover

I've just received my copy and it looks fabulous! You've put so much into it and I can't wait to read it.