ALL THE PRESIDENT'S MEN

As every American knows, today is Presidents Day or, according to choice, President's Day or Presidents' Day.

It was certainly singular when it was initiated in 1879 to mark the Birthday of the States' first President, George Washington... 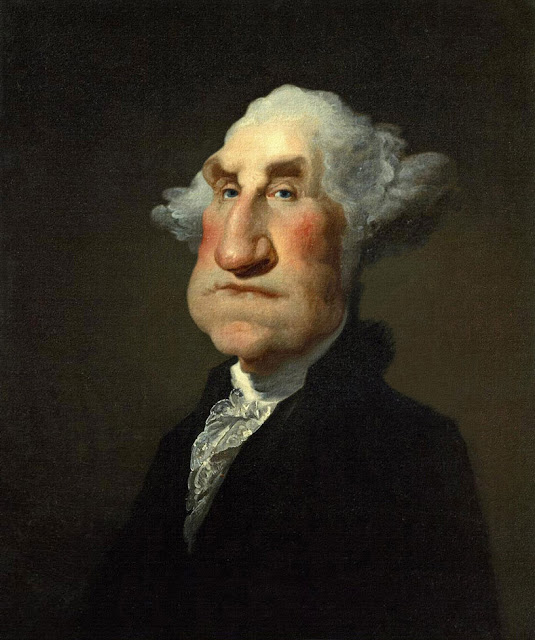 The holiday was originally observed on Washington's date of birth, 22 February... 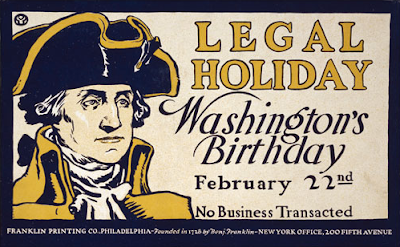 ...but then, in 1971, the 'Uniform Monday Holiday Act' shifted the event to the third Monday in February, thereby ensuring that it would never fall on the great man's actual birthday!

By the '80s, the phrase 'Presidents Day' had begun to take hold, inspired by a failed attempt in 1951 to so rename the holiday as a way of commemorating both Washington and the country's 16th President better known today as Daniel Day Lewis....

Thus President's Day became popularly (but never officially) known as Presidents' Day and now is seen as a way of celebrating the office of President rather than either Washington, Lincoln or both!

So, in that spirit, here are the forty-four Presidents of the United States of America (including all those ones you've never heard of) from 1789 to the present day...


Back to Georgie boy and what is, of course, the most famous story about his pre-Presidential years: the saga of the Cherry Tree, as recounted by Mason Locke Weems (known as 'Parson Weems') in his 1800 biography, A History of the Life and Death, Virtues and Exploits of General George Washington...


When George was about six years old, he was made the wealthy master of a hatchet! of which, like most little boys, he was immoderately fond, and was constantly going about chopping everything that came in his way.

One day, in the garden, where he often amused himself hacking his mother's pea-sticks, he unluckily tried the edge of his hatchet on the body of a beautiful young English cherry-tree, which he barked so terribly, that I don't believe the tree ever got the better of it.

The next morning the old gentleman, finding out what had befallen his tree, which, by the by, was a great favourite, came into the house; and with much warmth asked for the mischievous author, declaring at the same time, that he would not have taken five guineas for his tree.

Nobody could tell him anything about it. Presently George and his hatchet made their appearance. "George," said his father, "do you know who killed that beautiful little cherry tree yonder in the garden?

This was a tough question; and George staggered under it for a moment; but quickly recovered himself: and looking at his father, with the sweet face of youth brightened with the inexpressible charm of all-conquering truth, he bravely cried out, "I can't tell a lie, Pa; you know I can't tell a lie. I did cut it with my hatchet."

"Run to my arms, you dearest boy," cried his father in transports, "run to my arms; glad am I, George, that you killed my tree; for you have paid me for it a thousand fold. Such an act of heroism in my son is more worth than a thousand trees, though blossomed with silver, and their fruits of purest gold." 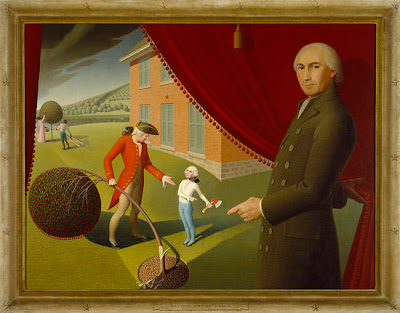 Historians today have little truck with this anecdote, dismissing it as nothing more than a romantic and sentimental fable...

Of course, the Muppets know better!!

Now it is just an excuse for stores to have sales!

I think we ought to have more holidays in the UK even though that nice Mr Cameron wants us working folk to be on permanent holiday all the time.He's doing his best to fix it for us ! It's hard to think of any politician that we could trust enough to name a holiday after though.