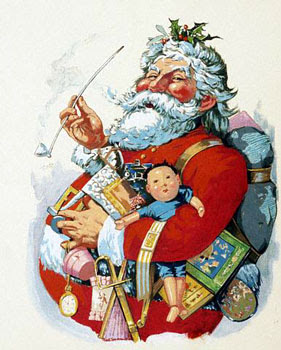 There's just one more sleep until the night when that fat, jolly, old, bearded gent in the red suit will (hopefully) be squeezing himself down our chimneys and distributing his annual largesse!

But, as few of us have ever seen him on his 24 December rounds (unless we caught him kissing mummy under the mistletoe) how come we recognise him so easily?

Well, much of what we know about Santa's appearance was established by the American cartoonist Thomas Nast, responsible for the iconic image on the right and others which you will find here.

But, certainly as far as American sensibilities are concerned, the image of Christmas' Patron Saint (aka St Nicholas, Father Christmas and many other names in different lands) was reinforced by the work of the great illustrator, Norman Rockwell (you can view some oif his Santas here), as well as through a series of annual advertising campaigns for Coca Cola that began 80 years ago, this December! 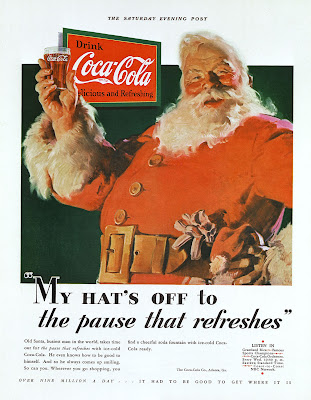 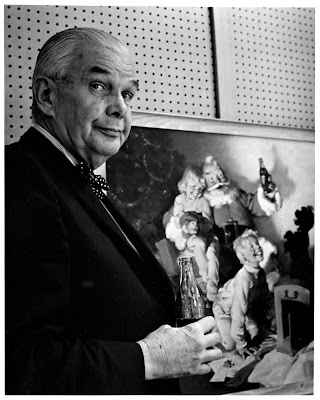 For a considerable time, Coke was thought of as a being warm weather drink – a thirst-quencher – but from 1922, the Coca-Cola Company began advertising their drink as one to be consumed the whole year round with the slogan: "Thirst Knows No Season".

Then, in 1931, came the first of a long line of seasonal promotions featuring Santa as an enthusiastic drinker of Coke.

The work of Michigan-born illustrator, Haddon Sundblom (left), who used himself as a model for his portrayals of Santa, provided much loved advertisements in the pages of The Saturday Evening Post, The National Geographic, The New Yorker and The Ladies Home Journal.

These ads (in addition to selling Coca Cola) helped shape our perceptions of our late-night Christmas Eve visitor.

Here is that Santas on a few of his annual outings... 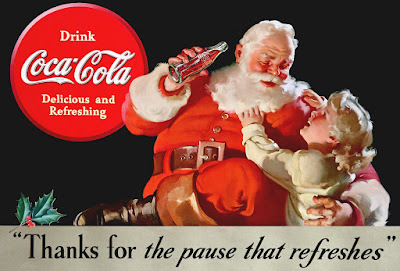 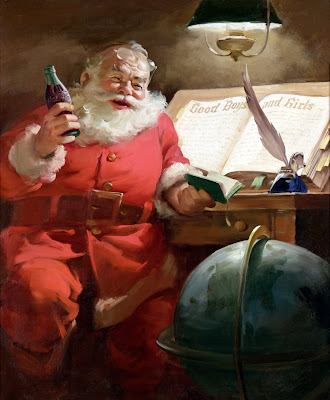 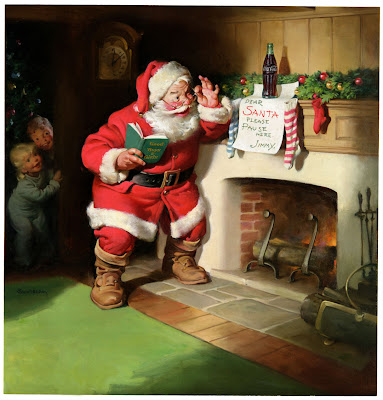 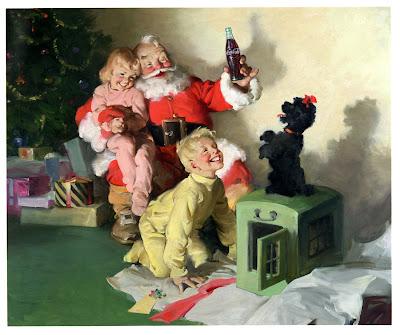 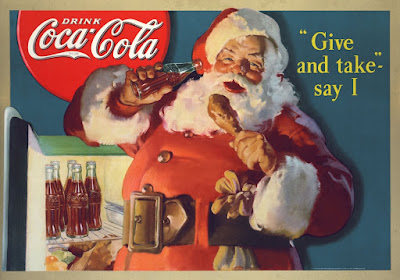 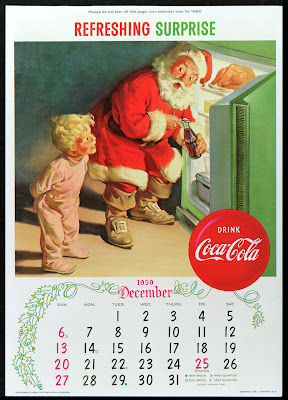 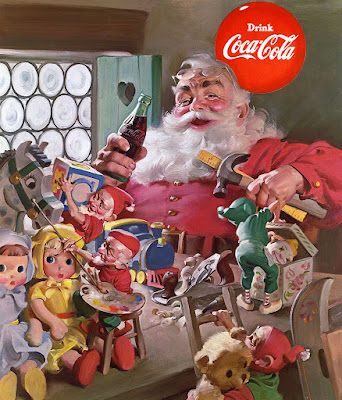 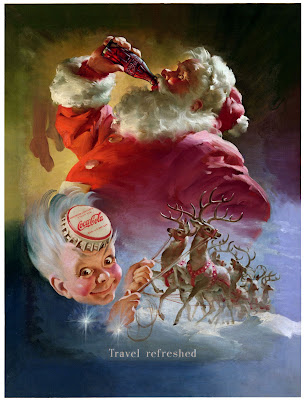 And, 80 years on, Santa is still raising a bottle of Coke to the Season on bill-boards the world over and in TV commercials...

I HOPE SANTA BRINGS YOU
YOUR CHRISTMAS HEART'S DESIRE... 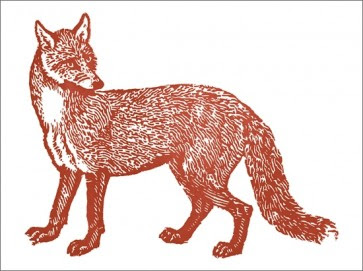 If you haven't heard it, my dramatisation of P L (Mary Poppins) Travers' mystical Christmas fable, The Fox at the Manger, is being re-broadcast today on BBC Radio 4 Extra at 11:15 and 21:15 and repeated tomorrow, Christmas Eve, at 04:15 and for the next seven days on BBC iPlayer.

The play tells the story of what gift the wild and wayward fox took to stable in Bethlehem and gave to the new-born Christ Child.

Starring Wendy Hiller as the Storyteller and Alec McCowan as the Fox, it features the ancient Carol, 'The Friendly Beasts', and a memorably evocative music score by Dave Hewson.

Delightful images, Brian! Thanks for the memories they conjure up!

Although I've not actually *seen* the real Santa, I'm positive I heard sleigh bells on the roof when I was about three.

(And contrary to the advertisements showing children leaving Santa bottles of Coca Cola, as well as to the time-honored tradition of leaving milk and cookies, I always left a mandarin orange -- called Christmas oranges where I grew up -- and a note saying there was a bottle of ginger ale in the fridge, because I learned from the time I was knee-high to an elf that Santa doesn't like milk.)

I actually remember that calendar picture of Santa in front of the fridge! Oh dear, how old am I!
A very merry Christmas to all.

SCB – Thanks for the vital info about Santa and milk. I'm off to stock up on ginger ale!

Suzanne – Shhh! I won't mention it to a soull: it's Christmas – a time for keeping secrets!