THE RETURN OF THE RING

Following on from my post about Eric Fraser's contributions to The Lord of the Rings, I've a less familiar Tolkien image for you today.

When on 17 July 1982, the BBC began its revised 13-episode broadcast of the radio dramatisation of Rings with which I was involved, The Radio Times commissioned another of its famous artists to create an illustration for the programme page – Robin Jacques.

Robin Jacques (who, incidentally, happened to be the brother of actress Hattie Jacques) was a prolific illustrator whose exquisite, painstakingly-detailed work decorated over 100 books, amongst them the fairy-tale and folklore collections compiled by Ruth Manning-Sanders, from which these are just a few examples... 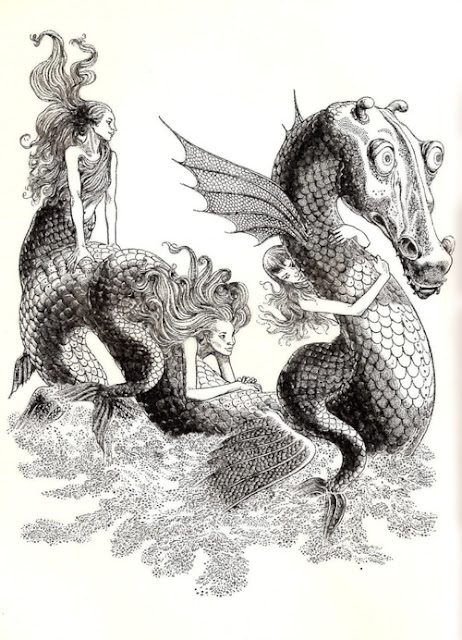 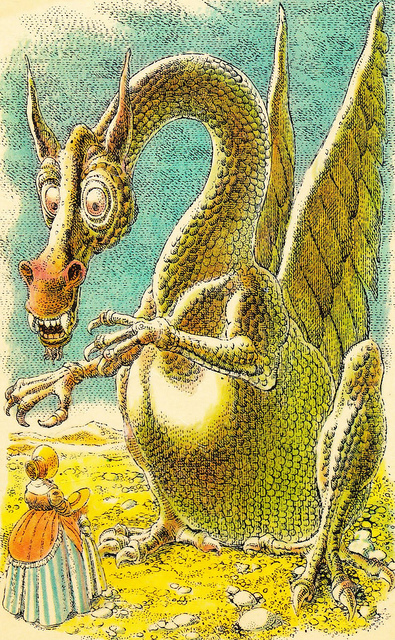 Robin Jacques was also a frequent contributor to The Radio Times and I was delighted that he was chosen to introduce the second coming of the radio Rings with a picture of Frodo examining the One Ring while magic forces swirl around him... 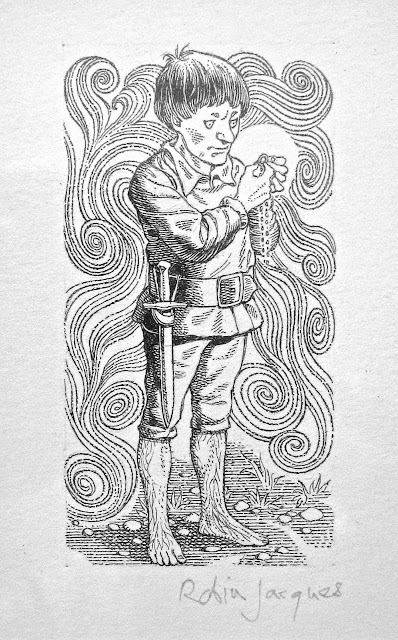 Once again, I was fortunate in being able to purchase the original art...

Always thought he was a great illustrator. I used to cut out his illustrations from the Radio Times and stick them into a scrap book - alongside those of: Badmin, Cosman, Einzig, Fraser, Gage, Faith Jaques, Micklewright, Peake, and others. How sad it is that the Radio Times no longer includes as many illustrations as it used to. It is now full of photographic portraits of celebrities on every page. Give me an illustration any day.
JVL

Once again your blog is a welcome reminder of an illustrator from my childhood reading - Jacques' stippled style was unmistakable - and a discovery that he too illustrated Tolkien.

JVL – Very interested, John, to hear one fantastic artist's view of another!

JK - Don't know how you (of all people) missed Robin Jacques' Frodo, but I'm glad to have been able to introduce you at last – albeit over 30 years late!

On a slight tangent, did the BBC only broadcast the hour long version of the LOTR adaptation in 1982? I was born in 1975 but remember vividly listening to the episodes each week (and trying to record them on old C120 cassettes - an episode per side!) but I couldn't work out the year . . .?!

The next release was, I think, in 2001, preempting the first Jackson film, then, the following year, it was re-edited into a book-and-movie-compatible trilogy. I didn't have a hand in the restructuring, although I did write some new openers and closers for Ian Holm to make the three-part release work for the occasional purchaser.

Robin Jacques was a marvellous illustrator and I always enjoyed his contributions to Radio Times. His 'hatching' style completely mystified me: how could anyone produce such accurate, tight tonal hatching? It would have driven me insane to attempt it!

Really good to meet you and have a chance to chat at the Steadman preview. I'll be writing about the exhibition in a day or two.

I've added doodlejam to 'My Blog Reading List' in the side-bar! :)