DEATH AND THE MAGICIAN

Many strange things are alleged to have happened on Halloween. One that most certainly did occur was the death of a man whose name was – in his lifetime and has remained in the 87 years since – synonymous with Magic...

Following the death of his beloved mother, he sought to discover whether there was a means of contacting the departed: a quest that led him to expose fraudulent mediums and spiritualists who faked contact with the dead for financial gain. 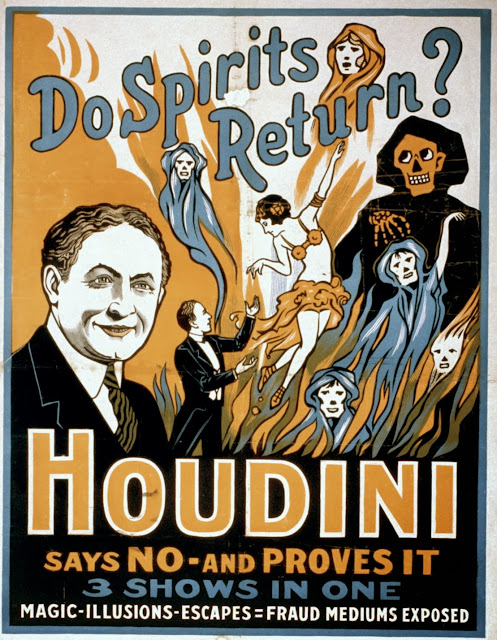 And so he danced with the Grim Reaper – cheek-to-bony-cheek – until his own tragic death on 31 October, 1926.

The story of Houdini's life, death and what did (and didn't) happen afterwards is told in this radio programme which was first broadcast on this night in 1996 to mark the 70th  anniversary of the legend that was HOUDINI...


"ARE YOU THERE, HARRY HOUDINI?"