BRADBURY AT THE BEEB: 'THE FRUIT AT THE BOTTOM OF THE BOWL'

Forty years ago, today, I received the following letter (which many of my readers will have seen) from science-fantasy writer Ray Bradbury, to whom I had written a fan letter asking some questions about a mutual hero – Walt Disney... 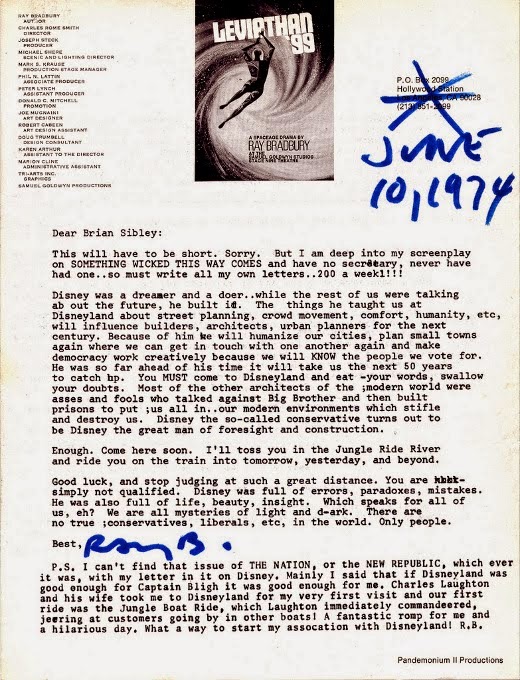 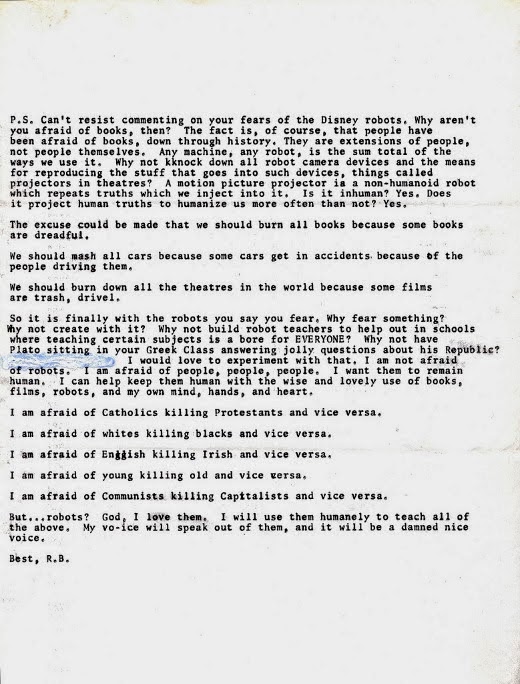 The letter itself is remarkable, but – even more so – is the fact that it led to an almost 40-year friendship.

To hear me talking about this letter on the BBC website for their upcoming drama series, 'Dangerous Visions', which features my latest Bradbury adaptation The Illustrated Man, click HERE

And, as part of the lead-up to that new production, I continue sharing some of my earlier adaptations of classic Bradbury stories with, today,  The Fruit at the Bottom of the Bowl, first published in Detective Book Magazine, November 1948.

This production was originally broadcast on BBC Radio 4 on 28 December 1995 and features Nigel Anthony, John Hartley and Roger May. As Ray Bradbury notes in his introduction, Nigel Anthony gives a remarkable performance in the part of Acton playing a man arguing with his own inner thoughts...

Tomorrow: 'Jack in the Box'


Ray's letter to me appears in Shaun Usher's marvellous book, Letters of Note, Deserving of a Wider Audience (a superb anthology of insightful correspondence from writers, musicians, artists, politicians, presidents and comics. You can order a copy HERE
Posted by Brian Sibley at 00:00

A Bradbury-fest for me ! Really enjoying Phil Nichols site as well :-)

Thanks, Boll! Phil Nichol's Bradbury Media is a great resource on Ray's work and its interpretation in the arts and media.