THE MAN BEHIND THE BOOK 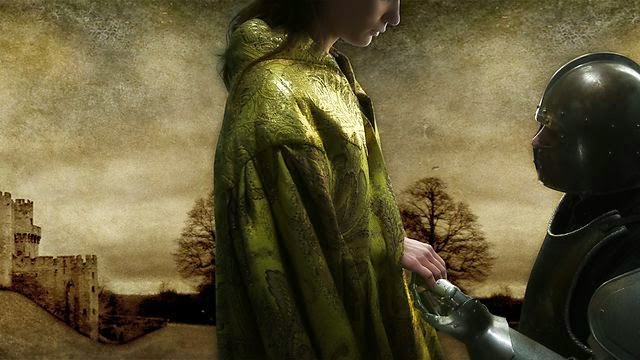 This afternoon's episode of The Once and Future King takes T H White's saga based on the old Arthurian romances to a different level – a place where the human drama reaches a tortuous complexity with deceit piled on deceit and the emergence of a dark, tragic secret that has haunted Arthur for years and has fired the homicidal hatred of the King's bastard son, Mordred. 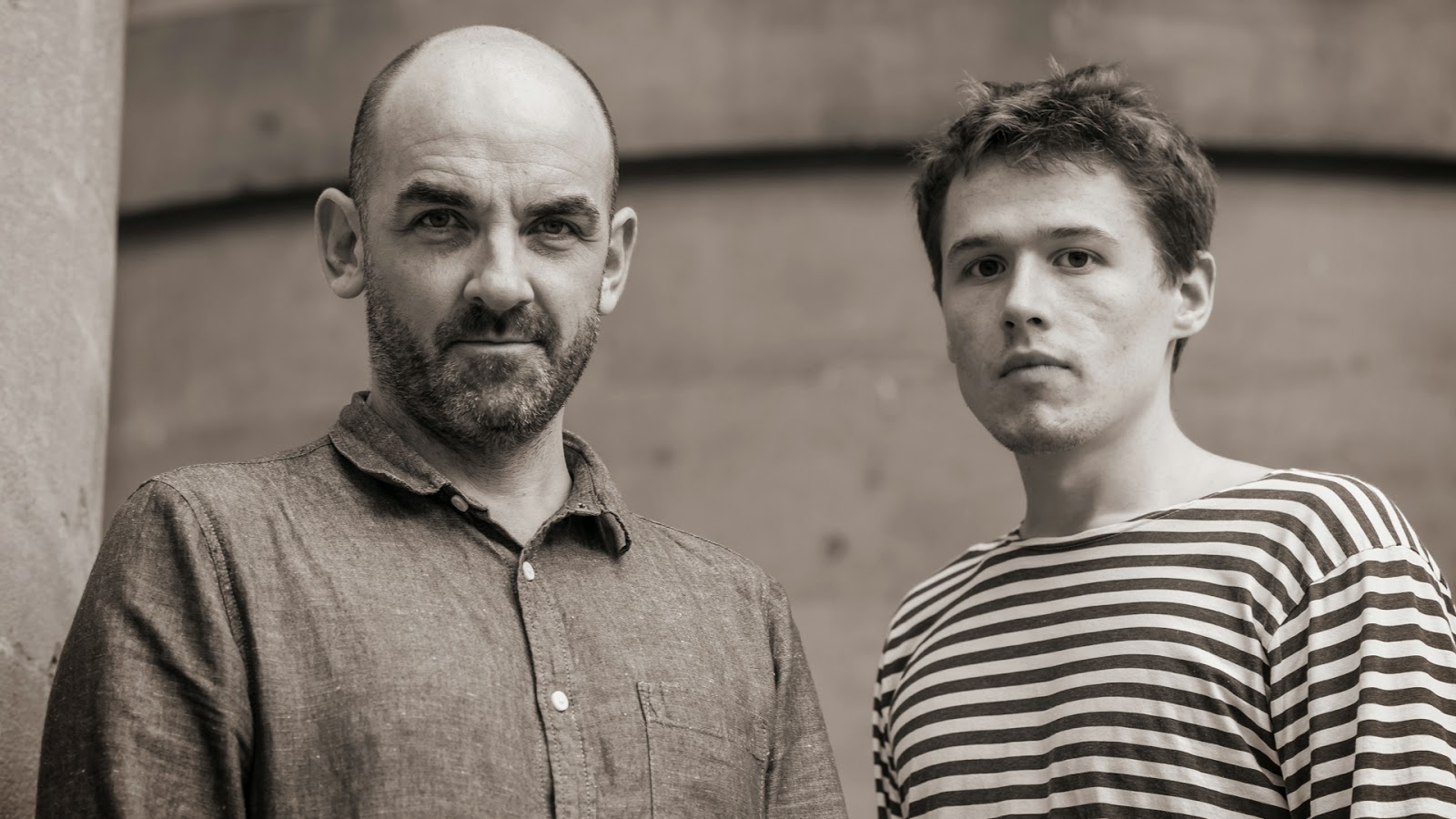 Shaun Mason as Gawaine and Joel MacCormack as his half-brother Mordred
in the BBC production, The Once and Future King 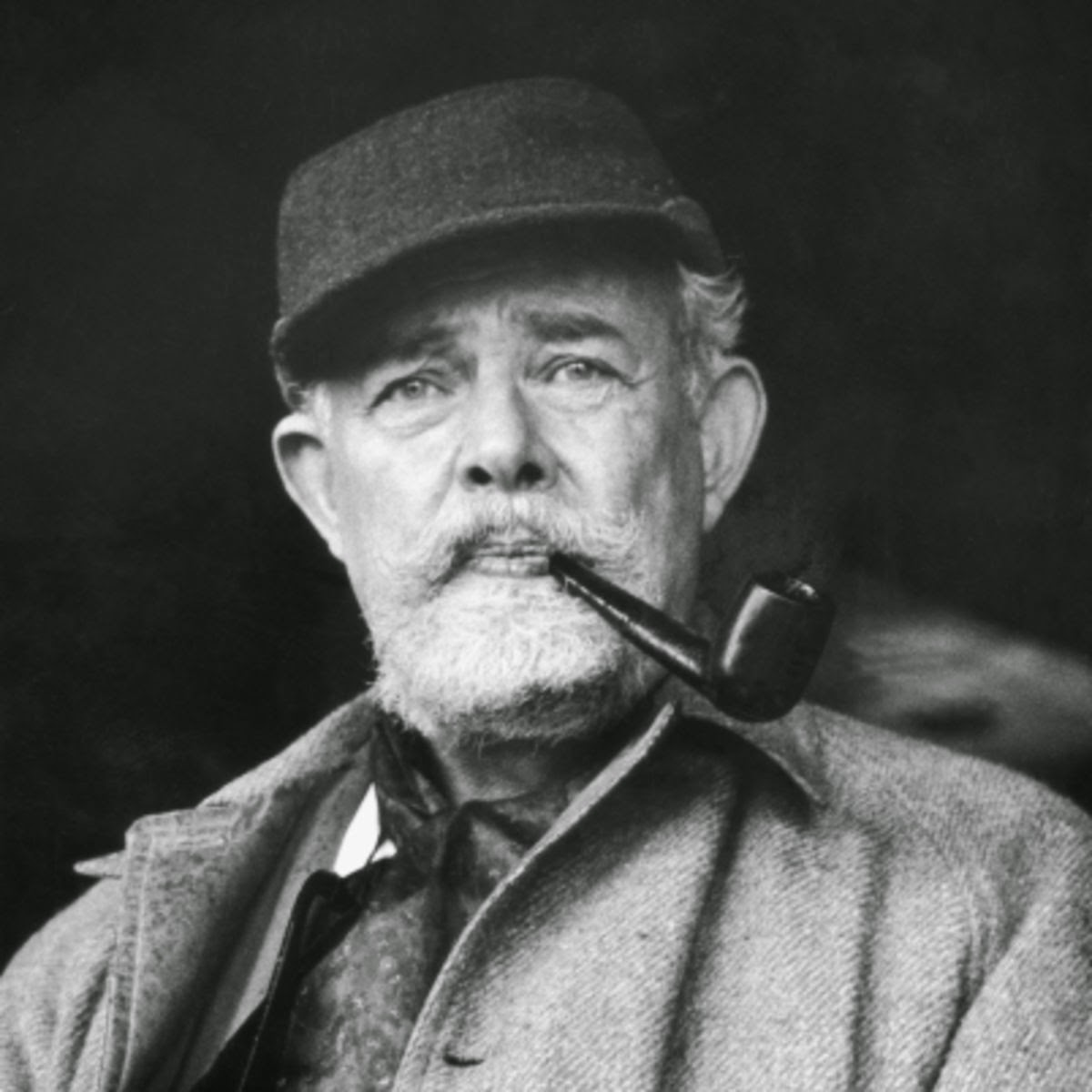 The way in which the story unfolds: revealing ever new twists and turns of human relationships that may be cast in the trappings of myth and legend but which are as modern as our own 21st century lives...

It was what White had sensed within the pages of that earlier saga, Thomas Malory's Le Morte d'Arthur. As White later told a friend, it was in 1937 that he had picked up a copy of Malory's 1485 book (about which he written a thesis when at university) and discovered – or re-discovered – something potent about Malory's writing:


I was thrilled and astonished to find that (a) The thing was a perfect tragedy with a beginning, a middle and an end implicit in the beginning and (b) the characters were real people with recognisable reactions which could be forecast... Anyway, I somehow started writing a book.

That book, published in 1938, was The Sword in the Stone and was described by White as "a preface to Malory" since it was about the childhood of Arthur, a topic passed over by Malory. 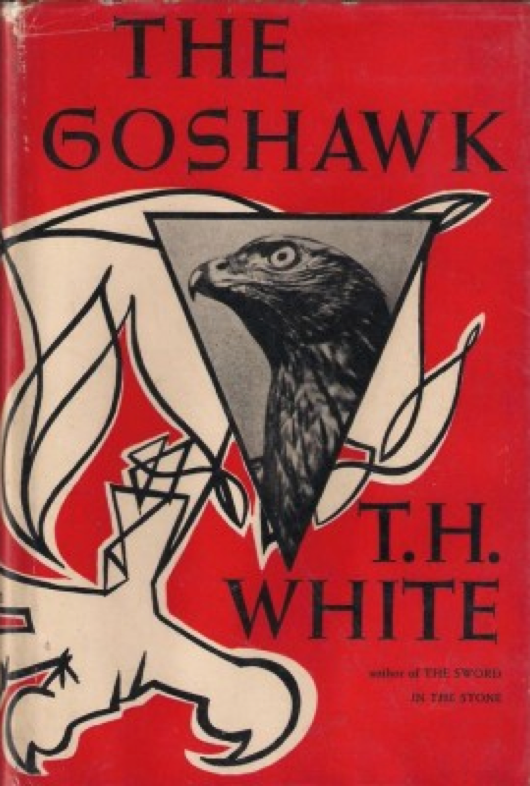 For quite some time, 'T H White' was, for me, just a name on the cover of that book – one of the  favourites of my youth. It was a year or two before "Stephen", my best friend at school to whom I shall be always indebted for his passionate advocacy of White's writing, introduced me to some of the author's other books...

First, the rest of the Arthurian cycle (The Once and Future King), Darkness at Pemberley, Farewell Victoria, Mistress Masham's Repose, The Elephant and the Kangaroo, The Age of Scandal, The Book of Beasts, The Godstone and the Blackymor, The Master and – aside from the Arthurian books – what I think of as two of his finest pieces of writing The Goshawk and England Have My Bones...

First published in 1936, England Have My Bones was described in a later (post-Sword in the Stone edition) as follows... 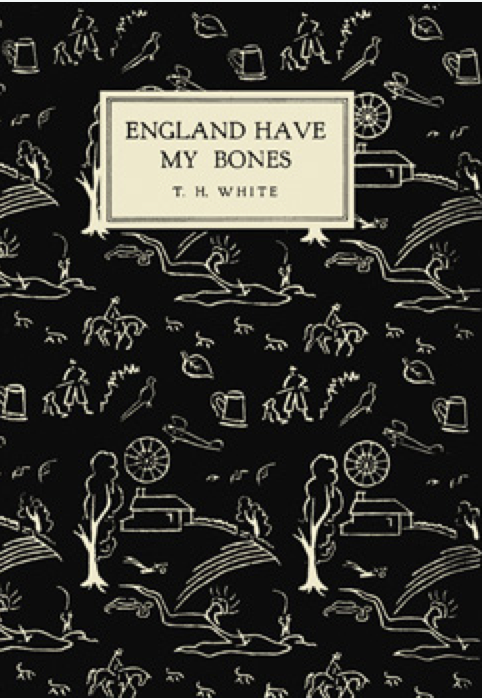 In 1934, T. H. White, while residing in the countryside of Britain and Scotland, began keeping a diary to record the unique delights and constant surprises which a city dweller happens upon when he leaves the world behind. That diary, published in 1936 by G. P. Putnam's Sons, invited rapturous comparison with such masterpieces of the outdoor experience as Izaak Walton's The Compleat Angler.

The poetry of fire, the mystery of trees, the marvels of trout fishing, the joy of the hunt and the delicious comfort of a blazing fire in a snug public house; the always miraculous change of the seasons, the thrill of learning to shoot, to fish, to fly a plane, to win at darts and watch a mare foal—all are recounted with a passionate enthusiasm in a wisely witty manner worthy of Merlin himself.

Only T H White could create images as indelible, phrases as memorable as these:


"The fisherman fishes as the urchin eats cream buns, from lust..."

Here is the master wizard working his wonders in a magical setting. Bound to cast its spell over young and old alike, England Have My Bones is a volume to treasure.

Born in Bombay 1906, the initials 'T H' stood for Terence Hanbury (although he was always known to friends as 'Tim'); educated at Cheltenham College and Queens' College, Cambridge, he taught at Stowe School, Buckinghamshire, before becoming a writer.

In 1946, the author settled in Alderney, third largest of the Channel Islands, where he would live for the remainder of his life.

I recently acquired a postcard written by White to friends in the United States, showing his home on Alderney... 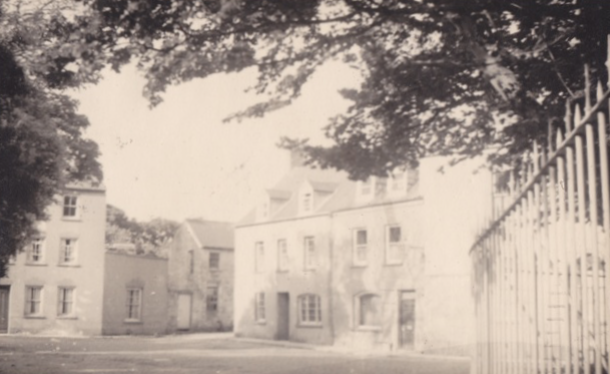 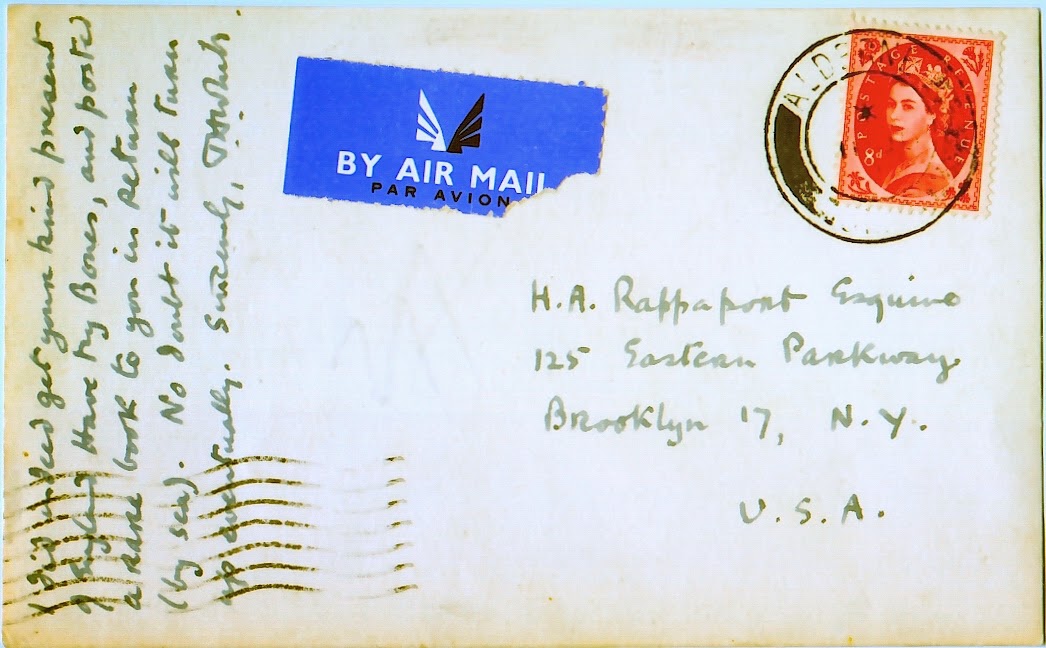 Thirteen years later, shortly before Alan Jay Lerner and Frederick Loewe's 1960 musical, Camelot, opened on Broadway with Richard Burton and Julie Andrews, the BBC arts programme, Monitor, travelled to the Isle of Alderney where Robert Robinson interviewed – or, rather attempted to interview – White.

Playful and elusive, White seems to be giving little away, although he does – almost inadvertently – reveal a very real sense in which the character of Merlyn in The Once and Future King clearly owes much of his irascible, mercurial personality to that of his creator!

As a dramatist, I am always anxious about whether or not I am entitled to make changes (sometimes additions) to a work I am bringing to radio and I took great comfort from White's answer to then question of who he reacted to the process of having his book adapted for the stage...


THW: Some people say, 'Are you doing anything about they're doing?' Well now, if you're being painted by an artist, you let him paint you and you don't lean over his shoulder the whole time saying, 'I don't squint as much as that!' I'm not interring with Lerner and Loewe; let them get on with it...

RR: Well, do you think they're going to interfere with you? 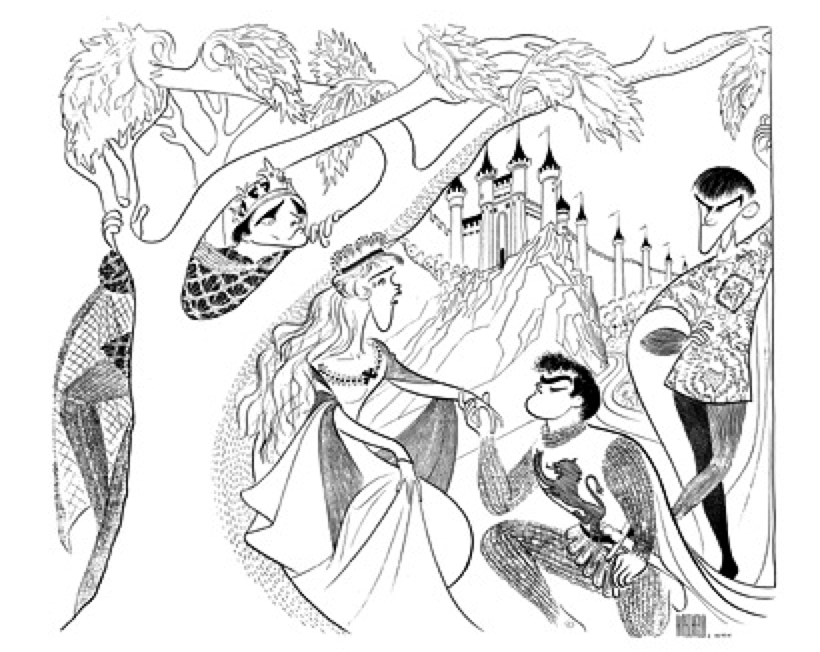 
Episode 5 of The Once and Future King are featured on the current edition of Radio 4's Pick of the Week. You can listen here.
Posted by Brian Sibley at 19:00

You can take some pride in the most delicate of dramatists as regarding the issue of changing the original. 'Prince Caspian' was very palatable after your adaptation, 'Christmas Carol' was brought vividly to life by your emphasis of some of Dickens' rare understated moments and Gormenghast was vividly recreated by your understanding of its inner workings. I am confident the book can only be enhanced by your involvement.

When and where did you get the Al Hirschfeld print? His website only has a slightly different scene of the Camelot play available. Could you give me more information on the piece in general?

As far as I can remember, and judging from (c) accreditation, it was originally shown on the Al Hircshfeld website although it is no longer showing there.