WHO'S AFRAID OF THE BIG BAD WOLF? 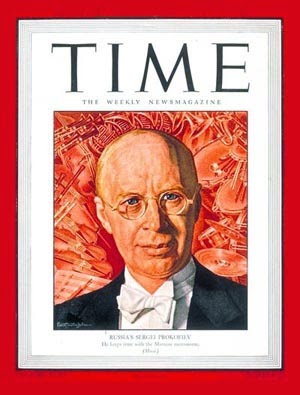 It was in 1936 that Russian composer, Sergei Prokofiev wrote Петя и волк – or Peter and the Wolf – a composition for narrator and orchestra.

The work was commissioned by Natalya Sats and the Central Children's Theatre in Moscow as a new musical symphony for young people with the intention of cultivating "musical tastes in children from the first years of school". When it debuted on 2 May 1936, it was somewhat poorly attended and, as the composer admitted, "failed to attract much attention".

The wolf-hunting Peter has since redeemed himself and, amazingly, there are now over 400 recordings of the piece featuring just about every celebrity narrator you can imagine including actors, comedians, singers, media personalities and even politicians.

Some of these are featured in tonight's Archive on 4 on BBC Radio 4 at 7:00 pm (just before the final episode of The Once and Future King!) in which Sir Christopher Frayling tells the story of Prokofiev's composition from it's conception to its present status as one of the best known pieces of classical music written for children.

I have a brief cameo among the contributors, discussing the Disney connection that – with the appearance of Peter and the Wolf as a segment in the 1946 animated feature, Make Mine Music – brought the work to a wider audience than the composer could have ever imagined.

The journey from score to screen began in 1938: Prokofiev was touring the USA and, having seen and been captivated by Disney's recently released debut feature length cartoon, Snow White and the Seven Dwarfs, went to visit "le papa de Mickey Mouse". It is likely that the use of music in Snow White (and in the earlier 'Silly Symphony' cartoons) suggested to Prokofiev that Peter and the Wolf might be a suitable subject for Disney's animated treatment. 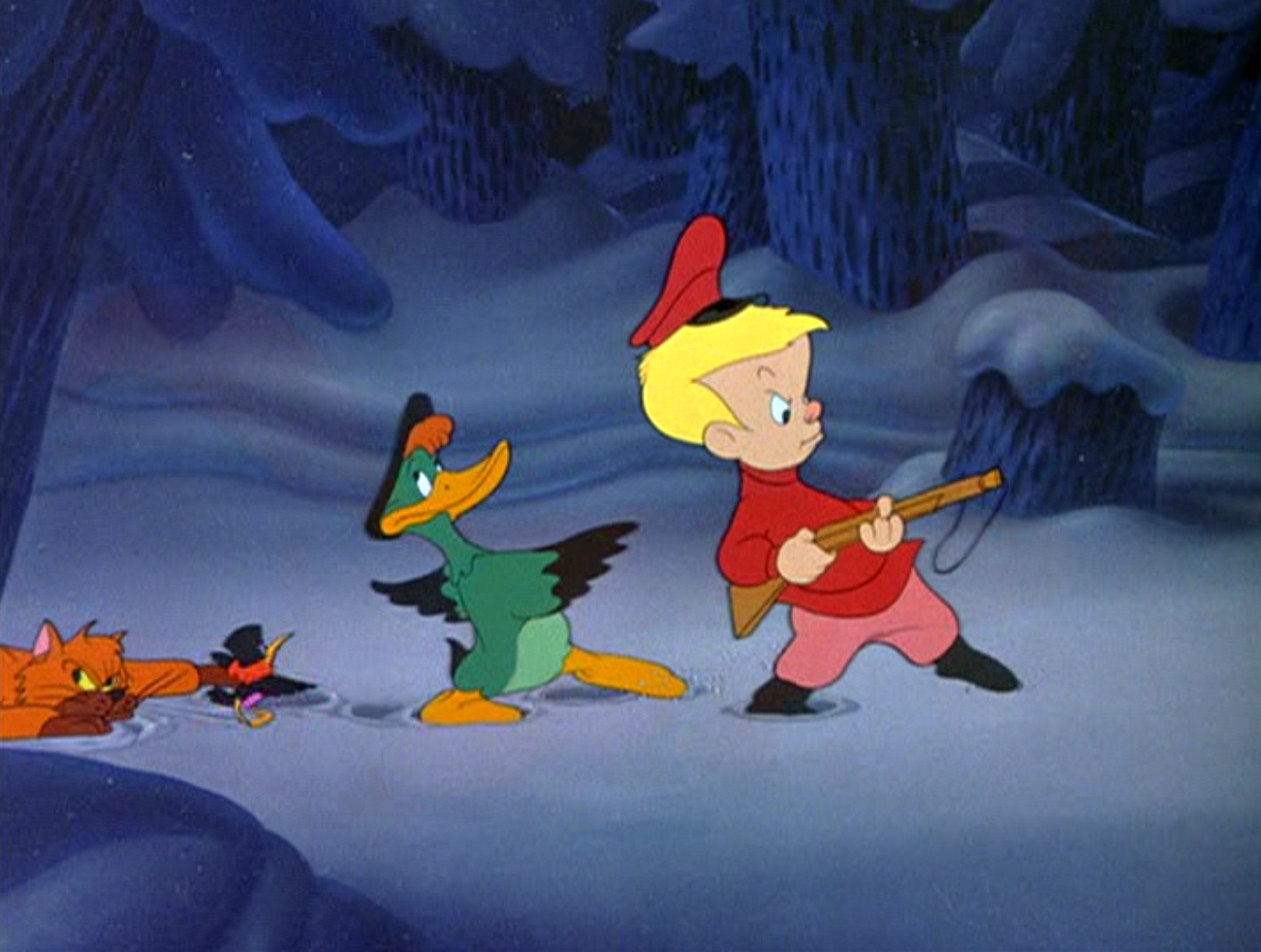 Walt Disney would later claim that the composer told him that he had the filmmaker in mind when writing the piece, but that might be no more than Disney spin – or, of course, Prokofiev's flattery! In any event, Disney heard Prokofiev playing the suite on a rickety old piano in the studio's music department and negotiations began to secure the screen rights.

Almost 20 years after the event, in September 1957, Disney staged a recreation of that historic encounter in an episode of his weekly ABC television programme, Disneyland, with himself in jumper and a cravat as his younger self and the German-born American composer and pianist Ingolf Dahl acting (and playing) for Prokofiev...


Although this doesn't come out in tonight's programme, Disney immediately saw the composition as the perfect fit with plans: Fantasia was in pre-production and part of the intent for that animated concert was that the film would return to cinemas year on year with a changing repertoire of pieces. Peter and the Wolf was slated as one of the items to be added to Fantasia's future programme, but the film's initial failure at the box office in 1941 and the US involvement in WWII (which impacted heavily on Disney's film production) meant that it never found its place in Fantasia.

It was not, therefore until 1946, when Disney released Make Mine Music: a compilation of short films mostly based on popular music and songs (often referred to as "the poor man's Fantasia") that the world got to see the Disney version of Peter's daring exploits through the winter wonderland of a snow-laden forest in pursuit of a superbly scary wolf... 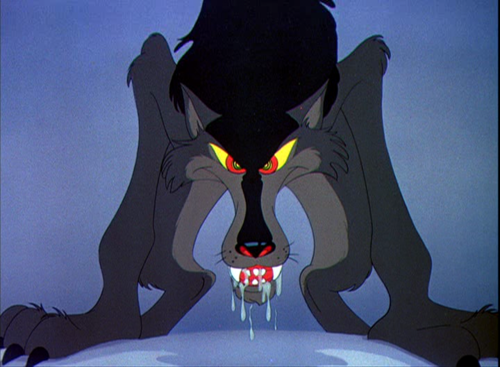 The original Fantasia connection was not entirely lost as the piece opens with semi-abstract animations based on the instruments and musical motifs. The highly idiosyncratic narration is provided by Sterling Holloway, who had already voiced the Stork who delivers the baby elephant in Dumbo and Flower the Skunk in Bambi and who would go on to provide the voices of the Cheshire Cat in Alice in Wonderland, Kaa the Python in The Jungle Book and many others, perhaps most notably, Winnie-the-Pooh. 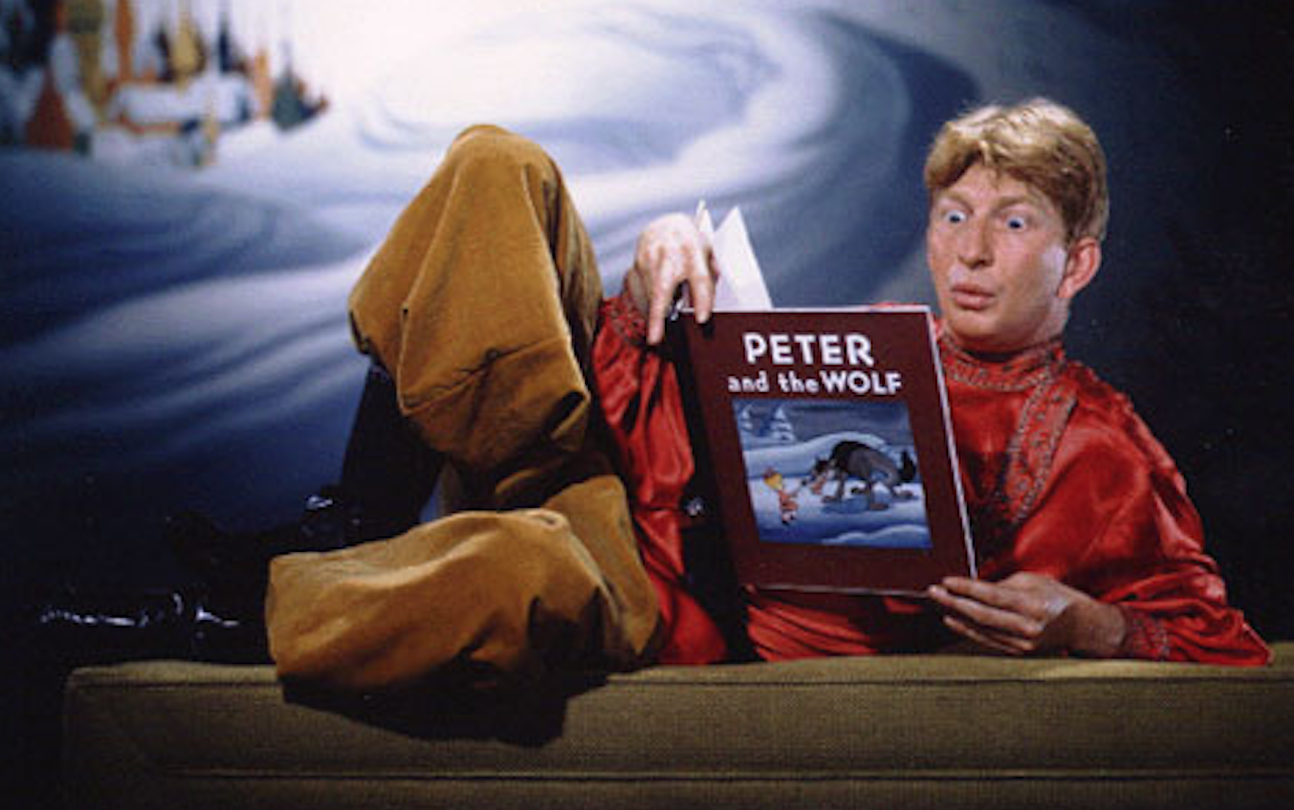 This edition of Archive on 4 programme proves a fascinating listen.

And the Boston Pops (with Allan Sherman) recorded their updated version here (now out of date, but the idea behind it, that often original ideas are rejected by corporate money makers, remains thee same).
youtube link