ON OF ALL THE GOOD DAYS OF THE YEAR...

As every reader of the blog probably knows, one of my all-time favourite books is Charles Dickens' "A Ghost Story of Christmas" better known as A Christmas Carol...

From my very first reading of the book (in my early teens) the story of Ebenezer Scrooge the "squeezing, wrenching, grasping, scraping, clutching, covetous old sinner", whose mean and miserly ways are reformed by visitations from the ghost of his dead partner Jacob Marley and the Spirits of Christmas Past, Present and Future has continued to delight, intrigue and annually haunt my life. 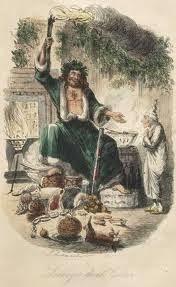 With every reading, my love grows for the modest little volume and its huge characters – the Bah! Humbugging Scrooge; his jovial nephew, Fred; the poor, put-upon clerk, Bob Cratchit and his endearing family caring for their frail child, Tiny Tim; the chain-rattling Marley who, too late, has seen the errors of his ways and is determined to share this knowledge with his surviving partner; the shape-changing Spirit of the Past, elusive and ethereal; the expansive Spirit of Present, Christmas personified and the silent, shrouded ghost from the Future revealing the desolate bleakness of Scrooge's fate...

My fascination with the book has led me to build a vast collection of many (too many!) different editions of the book, including everything from simplified abridgements via comics and graphic novels to lavishly illustrated editions and elaborate pop-up books; along with numerous recordings and movie versions – with their assorted attendant merchandise. 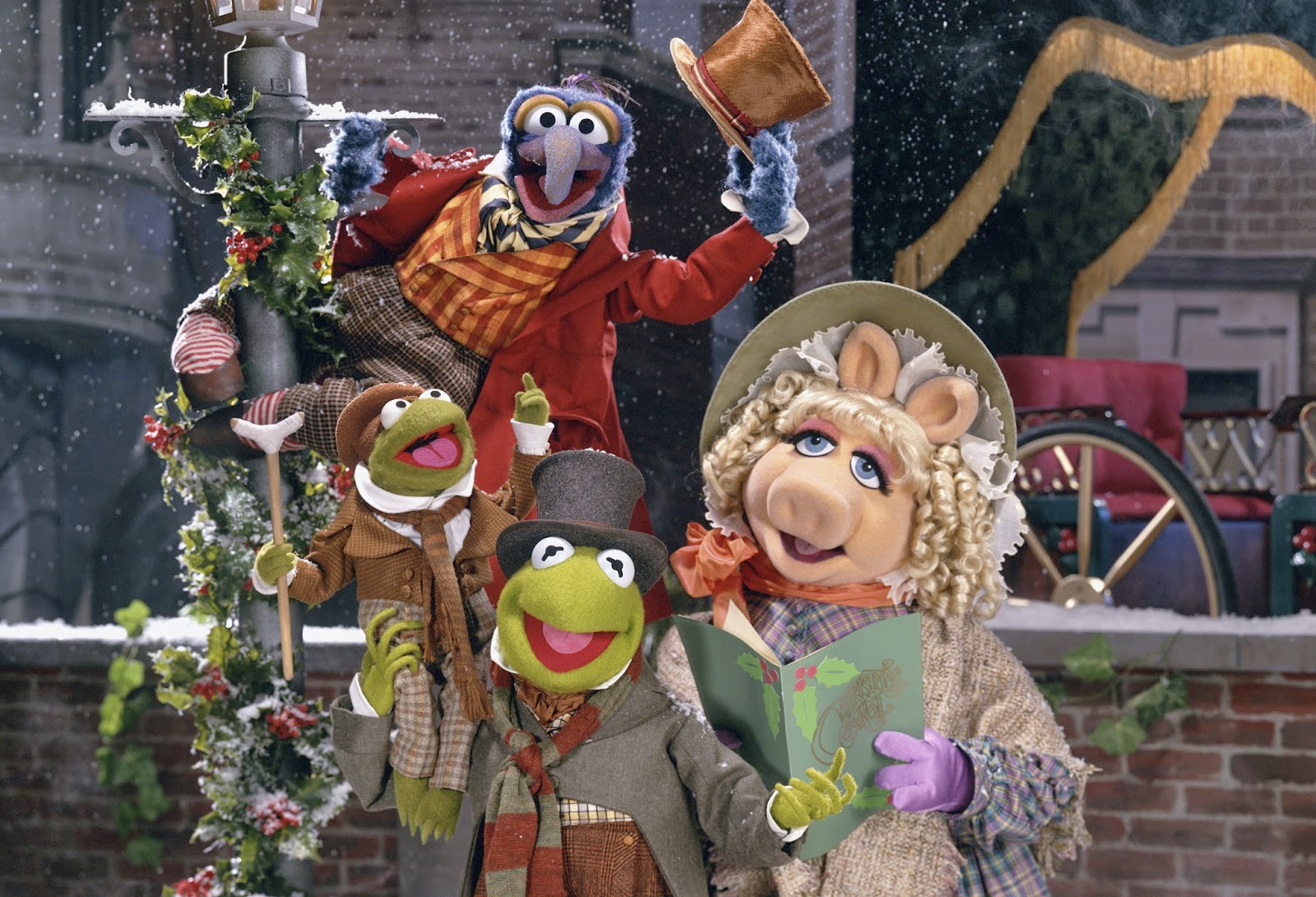 However, I'm sure there are still many devotees of Alastair Sim's 1951 classic, Scrooge, and others who love the Leslie Briccuse musical with Albert Finney or the TV interpretations by Michael Hordern, George C Scott or Kelsey Grammer. There may even still be some fans of Richard William's wonderful 1971 Oscar-winning animated film or sundry cartoon renditions featuring Mr Magoo, Mickey Mouse, Bugs Bunny, the Flintstones and the Jetsons! Much of this, often weird and wonderful material (Barbie's Christmas Carol?!) was referenced in my 1994 publication, A Christmas Carol: The Unsung Story and on the way to writing that book, I made a seasonal BBC radio programme entitled Humbug!


Directed by Glyn Dearman (who had once played Tiny Tim to Alastair Sim's Scrooge), Humbug! led to my friendship with Nick Clark, another dedicated lover-collector of Dickens and his Christmas Carol; and that, in turn, resulted in our collaborating on a stage production of the story which I dramatised for the Lansbury Players and for which Nick wrote songs and original music.

My stage interpretation was something of a diversion from the all-too numerous stage versions that have proliferated since the book's publication in 1843 – in fact within the first few weeks of 1844, there were already several, unauthorised, productions playing in London.

My aim was to try and preserve something of the authorial voice – Dickens very real presence (his terror, anger, excitement and delight) in the many moods of the story he is recounting. This is something that is often lost when the book is pared down to the bones of its famous dialogue. 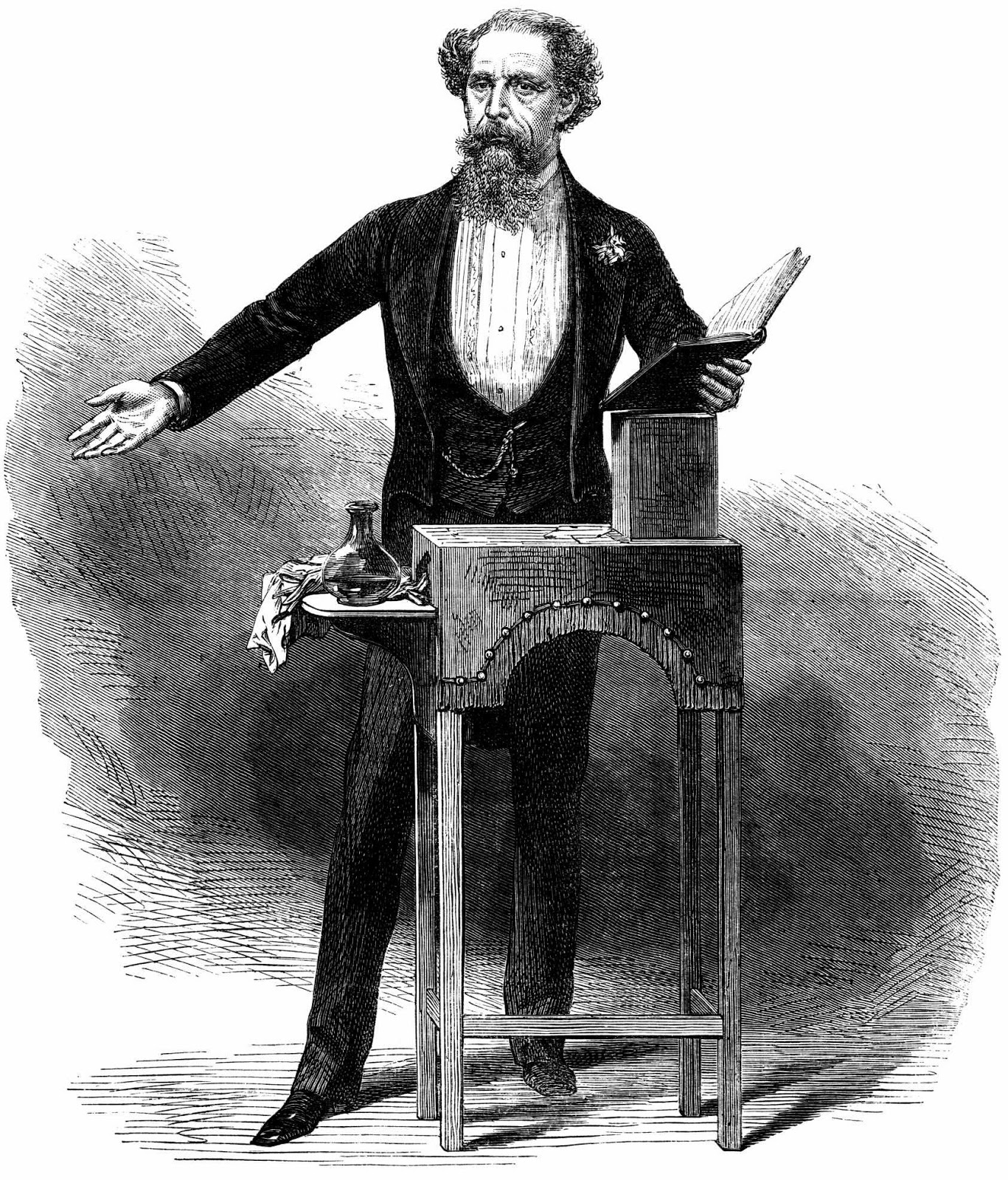 My idea was to begin with Dickens (a part I would play myself) telling the story to an audience at one of his celebrated public readings and to then bring that story alive by having the author make the members of the audience into his cast of characters, guiding and prompting them into their roles and, like a Victorian puppet-master, helping them tell the tale...

I relished the role of Dickens and (this is years before I was crippled with arthritis) leaped and cavorted around the stage, steering Scrooge through the crowded, snow-laden streets of London, enticing passers-by into the festive shops of bakers, poulterers and grocers and chivvying the young Cratchits into place around the dinner table... God bless us everyone! The Lansbury Players production of 2003 opened with a prologue...

A man at the entrance to a London underground station attempts to make twentieth-century Christmas shoppers and revellers focus on the needs of a homeless man huddled and begging at their passing feet. Then, removing his own overcoat and putting it on the poor man, he walks across the stage – and back through time – to become Mr Dickens at his reading desk and, with the author's nineteenth-century words, shows how little has changed in over a hundred years...

Nick Clark recorded one of the performances and has now remastered it so that (I think) it sparkles afresh and, despite the obvious absence of clever staging by director Dave Millard, works as a piece of audio drama...

The cast is a fine one headed by my long standing friend (and Disney co-author) Richard Holliss as an incomparably unpleasant (and, later, delightfully reformed) Scrooge and Keith Cummings as both the timid clerk and devoted father, Bob Cratchit, and a deliciously genial Mr Fezziwig.

So, here it is – the old familiar story – offered up in the hope that you might enjoy it anew while wrapping a few last presents or stuffing your turkey for tomorrow's feast.

And here's the full cast to take a bow... 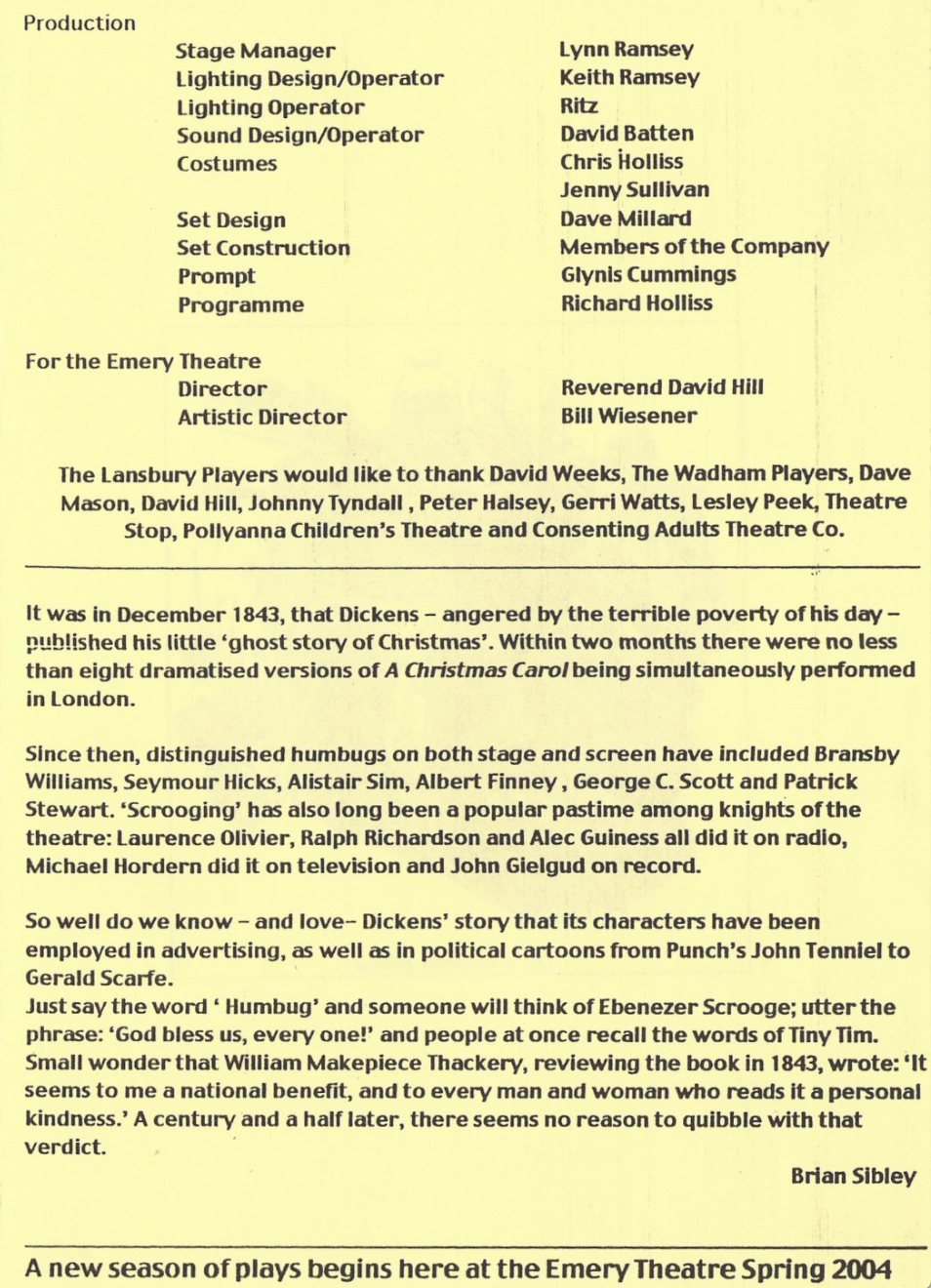 There's another story for Christmas night available on BBC Radio 4 Extra today (and for 30 days thereafter via iPlayer): my 1990 dramatisation of–––


The FOX at the MANGER 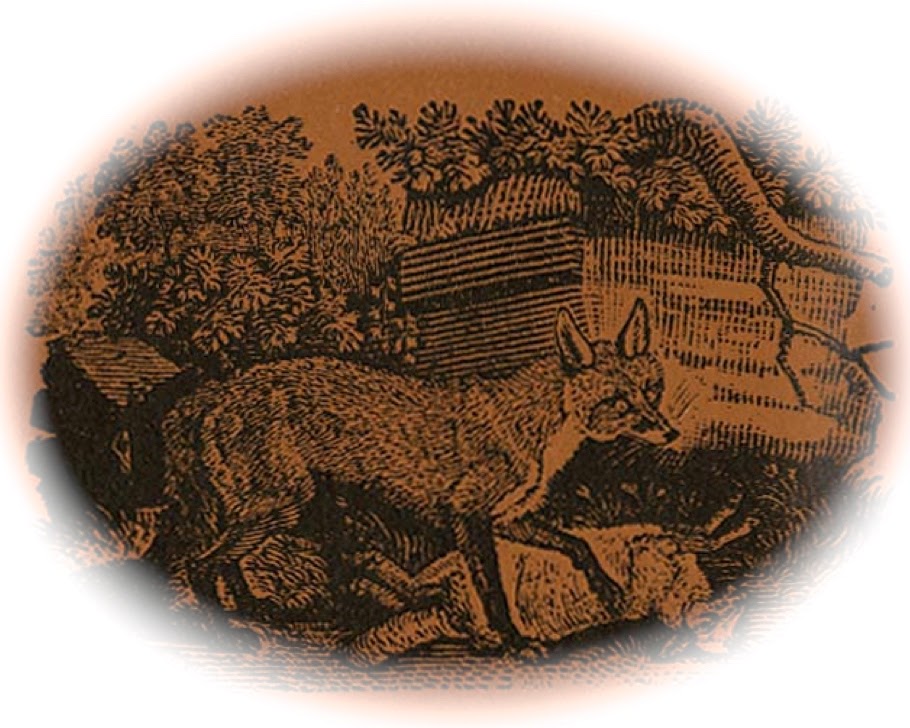 This enchanting, mystical, tale – about an unexpected gift given on the first Christmas night – is based on the book by Mary Poppins author, P L Travers.

Starring Dame Wendy Hiller and Alec McCowen, The Fox at the Manger has exquisite music by Dave Hewson and was produced by the aforementioned Glyn Dearman...

I can't believe I am actually up and waiting for the Sibley Christmas Eve post - it's as traditional as Hamley's windows and never disappoints :-)

I hope you read the REVISED version... Had to tinker with it first thing! Happy Christmas, old friend!

Gosh...could have the original version have to check..
Happy Christmas to you and David. Look forward to seeing you both in the new year.
Lets hope it's a good one for all of us.

What memories - listening to bits from the play. It also reminded me that I have video of David (Sangwell, not Weeks) as Mr Scrooge in his school's version of the Bricusse music. Must dig it out again - loved him singing "I hate Christmas". Love to you both x