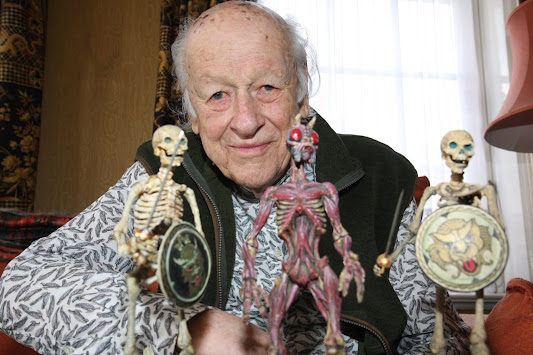 He fashioned the creatures – marvels, wonders, demons and monsters – of my childhood dreams and nightmares.

A twentieth century inheritor of the centuries-old craft of puppetry, he took the playthings of his fantastical imagination – no more than a few inches high – gave them life and breath, empowered them with emotions and turned them into the often huge and towering beings that became the delights and terrors of several generations of wide-eyed youngsters – many of whom grew up to be amongst the most amazing filmmakers of all time.

Before digital animation, Ray Harryhausen – having learnt his art from one of great masters of the craft, King Kong's Willis O'Brien – created unforgettable moments of fantasy cinema: dinosaurs, sea monsters, snake-haired women, multi-limbed goddesses, flying horses, minotaurs and armies of skeletal warriors. He whisked us back in time to witness the brutal struggles of prehistoric life on earth and carried us off to the fantasy realms travelled by Jason, Perseus and Sindbad.

A modest, courteous, gentleman whom I had the privileged to meet with and interview on several occasions, Ray was, without question, a master artist who conjured life into the inanimate toys of his ingenious imaginings and then let them lose to roar and rage their way into the annals of movie history. 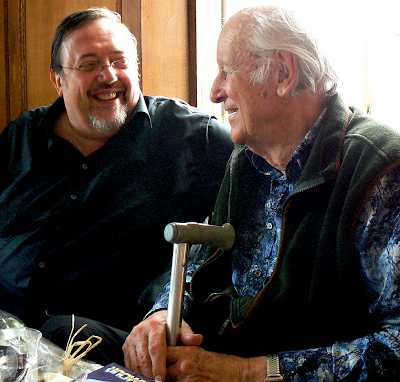 You can view some of Ray's cavalcade of creatures in this blog posted in 2010 to mark his 90th birthday.

And here's one to entice you to click that link! 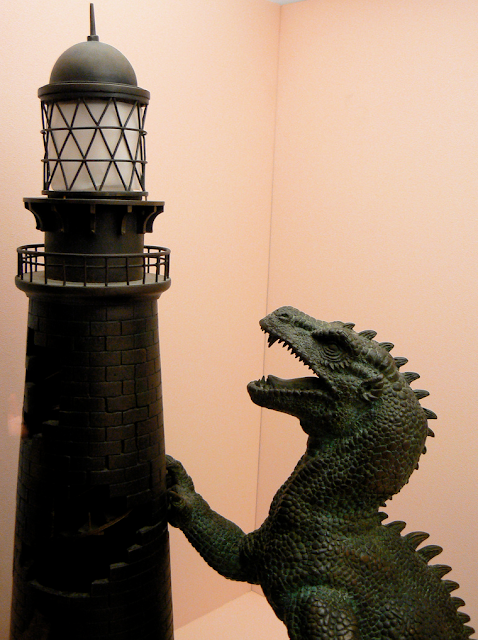 Such a shame he's gone.

Ray's work was the stuff of countless Sunday afternoon films for us as kids. Imagination and creativity seeped from every moment which inspired and thrilled us. I hope the sheer energy of Ray and Ray's creativity will never be lost. These men were the true giants of their genre in the twentieth century.

One of my school chums lived next to Ray in London, and never forgot how kind Ray was when he invited his little neighbour to have a look round his collection of wonders. Obviously a very, very lovable man.

Yes , Ray Harryhausen was a huge talent his creations live forever in our imaginations! I think many of us remember Sinbad ( in the handsome form of Kerwin Mathews! ) fighting the skeletal warrior and the cyclops and the dragon and the Roc a gigantic twin headed bird in The Seventh Voyage of Sinbad!