MORE FROM THE JUNGLE

A couple more mementos (from way back in 1967) of my youthful passion for Walt Disney's last personally produced animated feature, The Jungle Book: these are the original Pan paperback movie-tie-in editions ('By special arrangement with MACMILLAN & CO. LTD.') of Rudyard Kipling's original two-volume story collections about Mowgli and other animals... 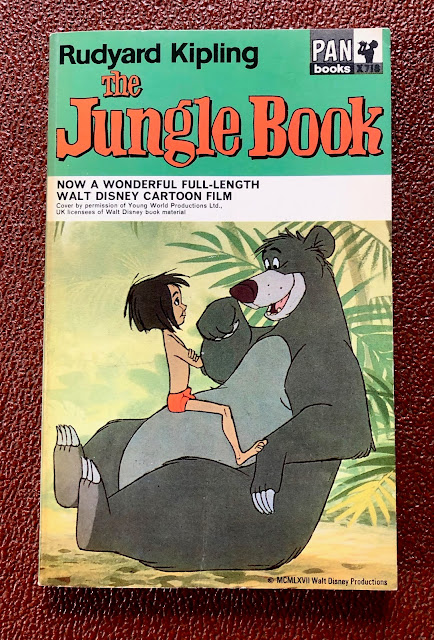 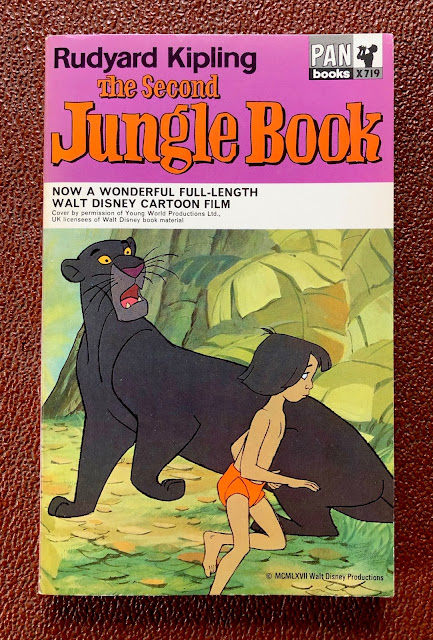 I already owned the original books (having first met Kipling through that wondrous collection of tales, The Just So Stories), so I knew that the Disney movie I was about to go to the cinema to see was not, as you might say, an entirely faithful filmic translation of the books! As a result I didn't really need the back-cover disclaimer: "Some by Kipling, some by Disney – the creatures that people the wonderful new Walt Disney dull-length cartoon"! 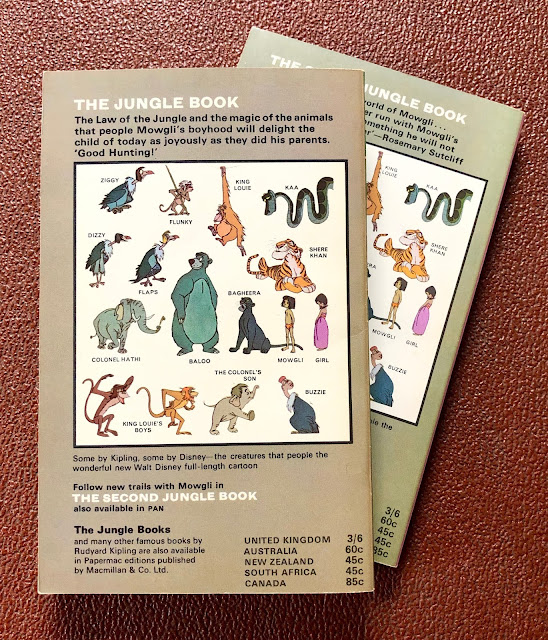 Of course I fell in love with the film and (despite my awareness of its being only loosely 'Kipled', as it were) I had soon committed the songs to memory and played and re-played the Disneyland Storyteller LP of The Jungle Book to my parents' total distraction!

Many years later, in 2014, David and I got together in London with song-writer Richard M. Sherman and his wife, Elizabeth, and I asked Dick – who was responsible, with his brother, Robert, for the songs not just in The Jungle Book but in Mary Poppins, Disney's 'Winnie the Pooh' films and Chitty Chitty Bang Bang among many, many others – to inscribe these much-treasured books.

Taking out his pen, Dick innocently asked: "Shall I put 'To Brian and David'?" and was, I would say, a tad taken aback when I (almost) screamed: 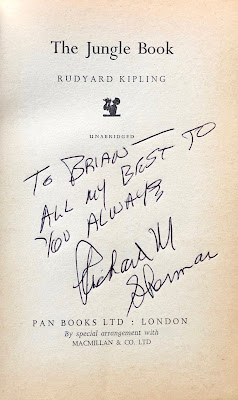 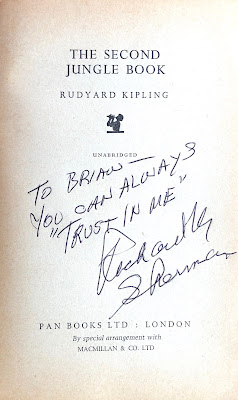 Well, I mean, having looked after those books for 47 years, I really wasn't about to share a dedication – even with my loving partner! 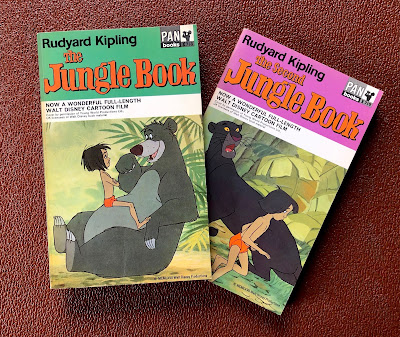