A nice addition to my Walt Disney Disney/Mary Poppins collection: the programme – in near mint condition – from the film's World Premiere at Grauman's Chinese Theatre in Hollywood fifty-six years ago on 27 August 1964.

Here's the programme's cover with the iconic (uncredited) art by Disney studio artist Paul Wenzel that was also memorably featured on the early Poppins posters and the LP soundtrack recording. 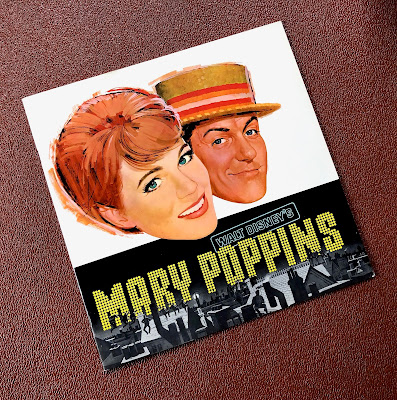 Although I don't think I was conscious of it back in 1964, I'm intrigued by the use of the 'neon marquee-light-bulb' lettering that suggests 'theatre' and 'musical' yet doesn't quite fit with the film's Edwardian setting.

As for the likenesses themselves, Wenzel's artwork is stunning, although I wonder whether, at the time of painting, the studio had still to finalise Julie's Poppins wig since the colour and styling are very obviously 'Julie' and not 'Mary'. 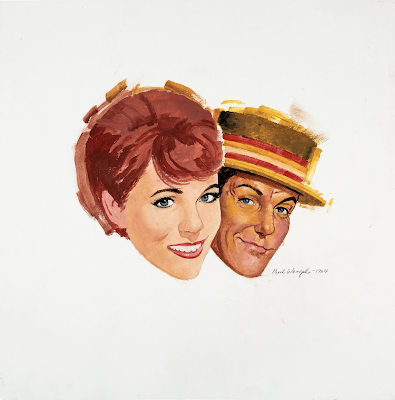 Below is a small selection of the interior pages, beginning with one focusing on the collaboration between Mr. Disney and Mrs. Travers... 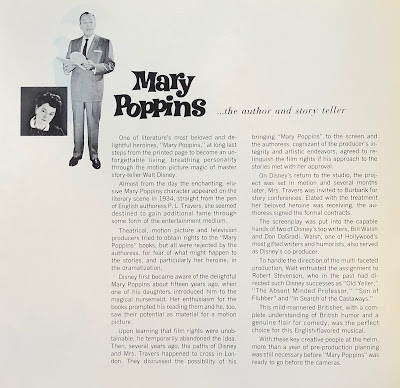 I do wonder what P.L.T. thought when she read: "Mrs Travers was invited to Burbank for story conferences. Elated with the treatment her beloved heroine was receiving, the authoress signed the formal contracts"

ELATED? I'm not so sure about that! 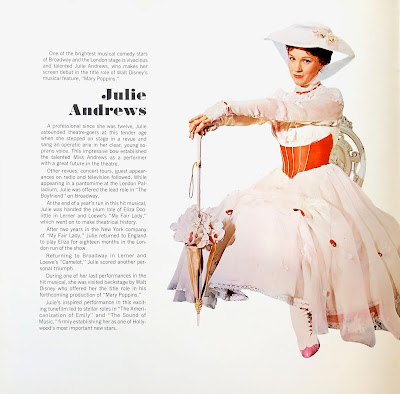 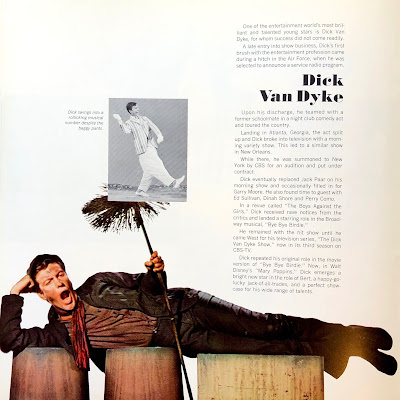 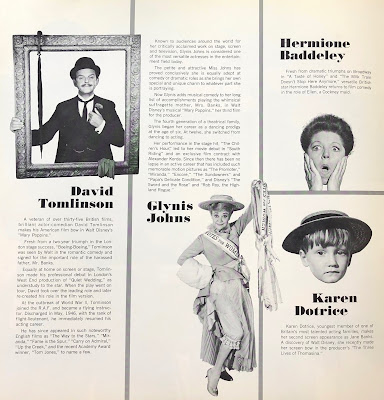 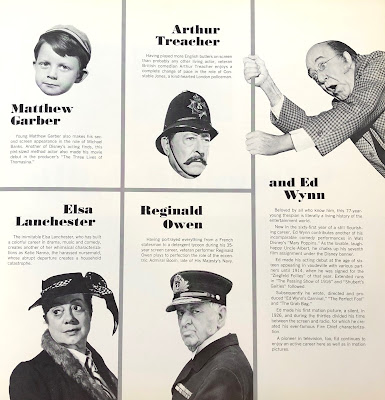 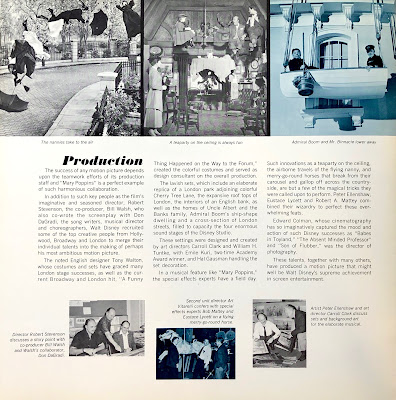 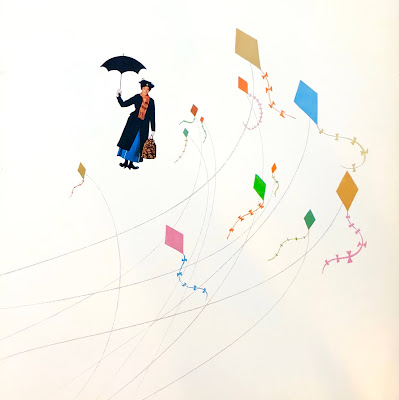 I couldn't have guessed that posting details on Facebook of my having acquired this delightful collectable was just the beginning of a story...

After posting these images, my Facebook friend and noted Poppins collector Mat Plendl posted the following images of an early Poppins LP and a Songbook featuring photographs of Julie Andrews and Dick Van Dyke that obviously provided a significant part of the inspiration for Paul Wenzel's now iconic illustration... 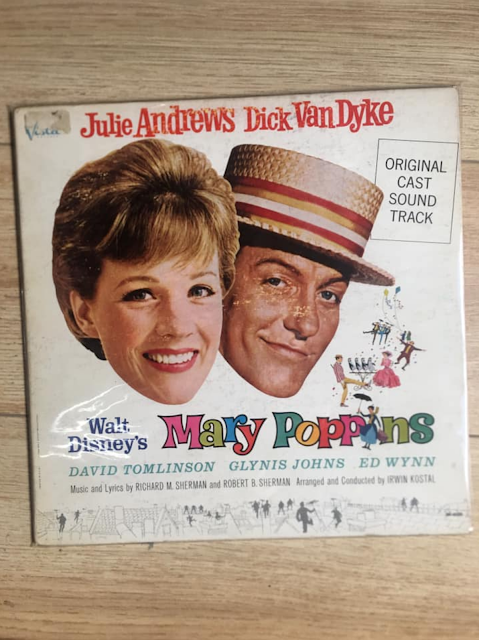 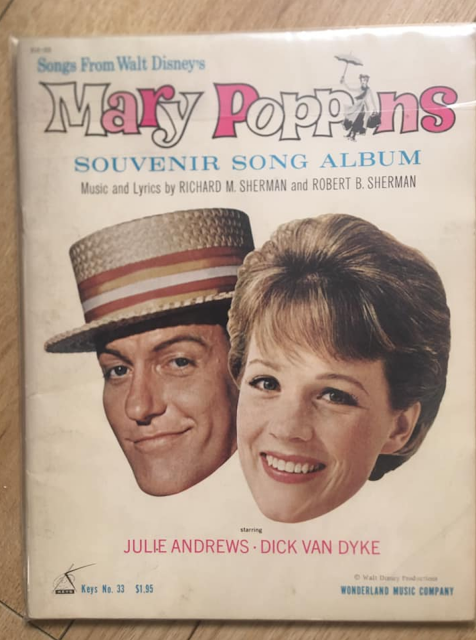 Mat commented:
"Dick Sherman told me, years ago, that this was the first run (maybe a test?), and that Walt thought it looked too much like a kids' thing and so they decided to give it a more grown-up, Broadway look. Plus, this photo of Julie is none too flattering. Very nearly impossible to find (along with a songbook with similar cover sold at Disneyland for a short time), a few escaped out to radio stations but they only appear on super-rare occasions, usually when a collector has died!"

POST-POSTSCRIPT
(Later the Same Day...)
And still the story continues!

Another Facebook friend, Chris Tassin, adds:
"Great to see the rare early pressings! A couple of years ago, I found the actual photos of Julie and Dick used as reference for the illustration." 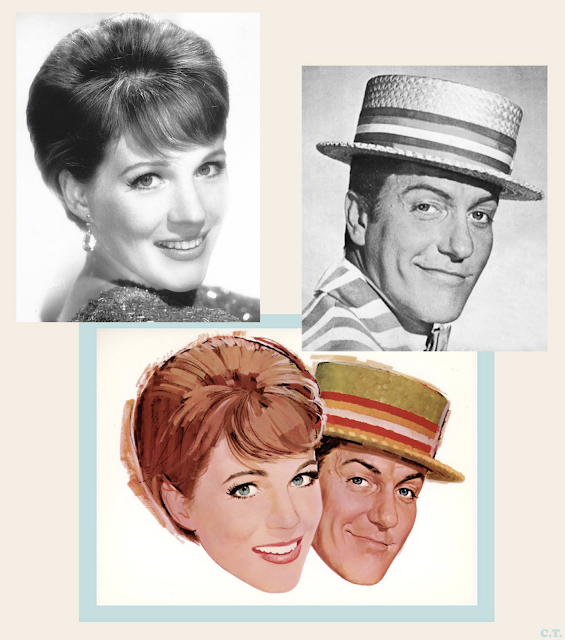 So there's the final link! It's now clear why Julie's hair bears no resemblance to her 'Poppins' look and it also shows that Paul Wenzel was a truly gifted illustrator!

Many thanks to Mat Plendl and Chris Tassin for helping to solve what has been (for me) a 56-year-long mystery!