I have an extensive collection of literary, theatrical and cinematic autographs – mostly in books, or on artwork and photographs, but I do have some autographed items that don’t quite belong on the bookshelf or fit in the photo album.

Here’s one such recently acquired treasure… 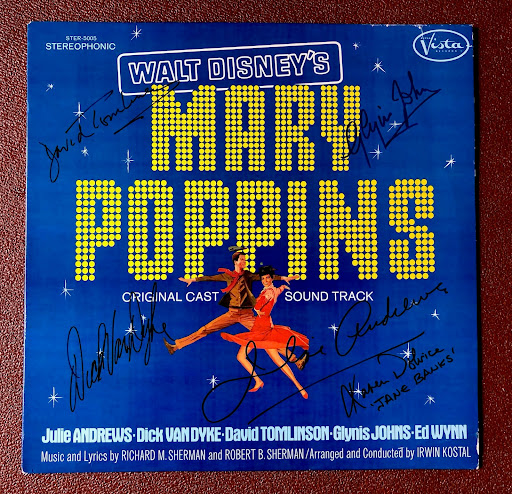 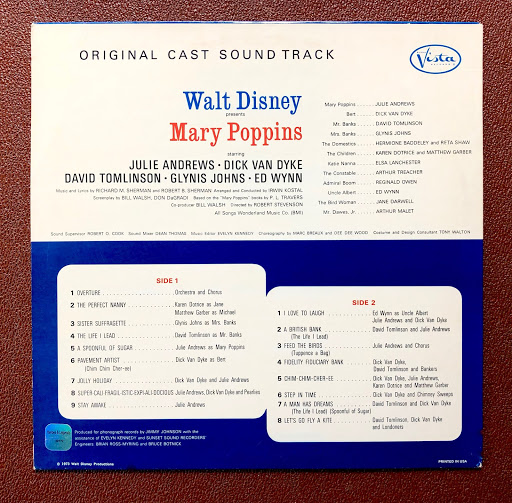 The album's cover-art was also used on posters and while it is – for those of us of a certain age – very much part of the film’s historic iconography, it remains something of a marketing puzzle.

As I noted in a recent blog post, the Broadway-marquee-style neon-lit lettering is curiously out-of-step-in-time with the film’s Edwardian setting and wildly at odds with the art and lettering used on more family-child-oriented releases such as these… 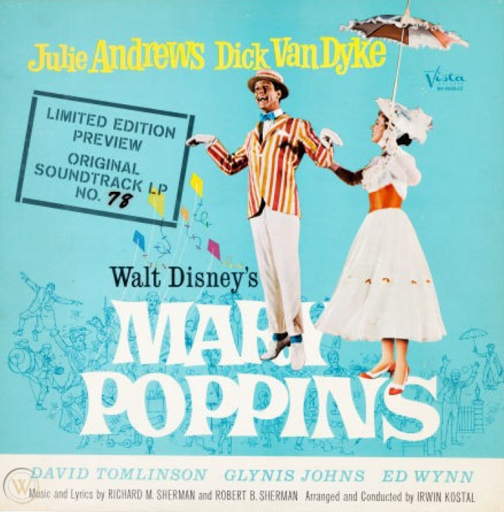 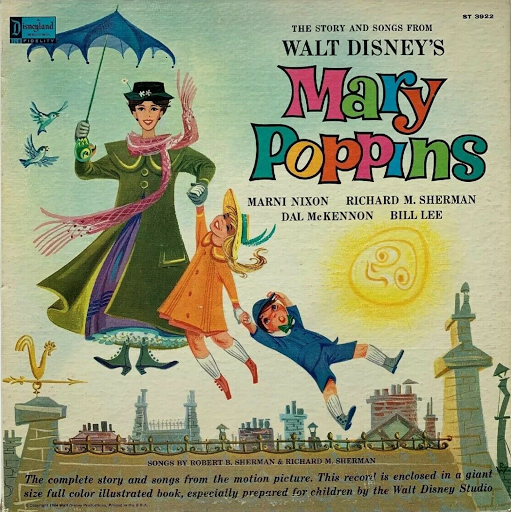 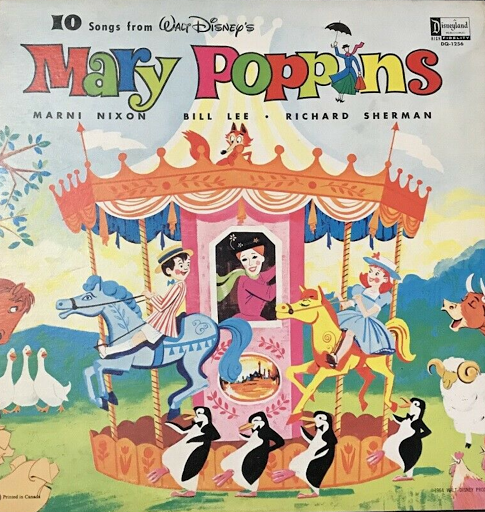 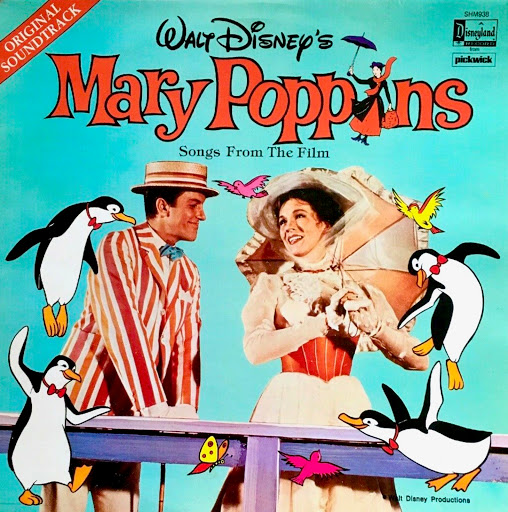 As for the central image of Dick and Julie dancing, this is – in the case of the very-proper Mary Poppins – a very uncharacteristic image! 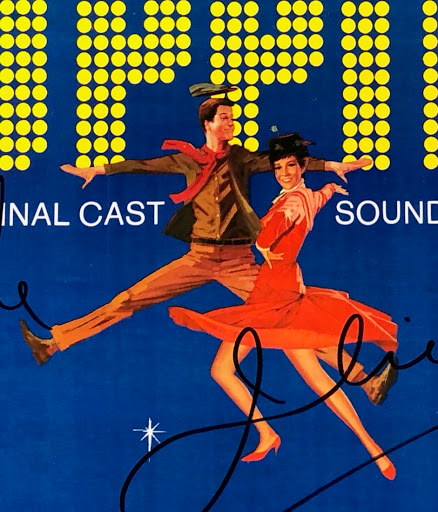 Mary Poppins showing all that leg? No! That just isn’t right – and certainly not proper!

As can be seen from the still film image used on this record of Duke Ellington's interpretations of the Mary Poppins score (one of the best Poppins 'spin-offs' and P.L. Travers' personal favourite), our heroine wore black stockings NOT flesh-coloured tights! Nor was she sporting red, high-heeled shoes! 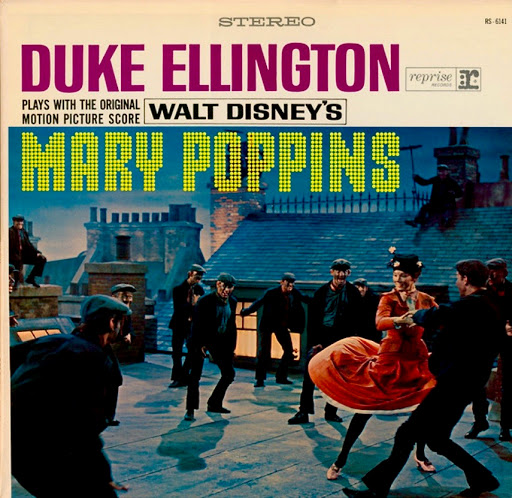 So, what can we deduce from this shameless, hussy-like behaviour?

Discussing this mystery with Richard Holliss, my friend and fellow Disney historian, Richard offered what is, I believe, the definitive answer in that, following Mary Poppins’ hugely successful debut, the Disney Studio were anxious to reclassify the film as being in the mould of a mainstream Broadway-cum-Hollywood film musical rather than another kiddie offering from the Mouse Factory.

And, as Richard suggests, there is one particular show-become-film that offered the perfect a prototype: the 1957 Broadway smash-hit, West Side Story ­– with its accent on youthfulness and energised dance – and the subsequent, and equally successful, movie version made in 1961 –– just three years before Mary Poppins flew onto the screen. 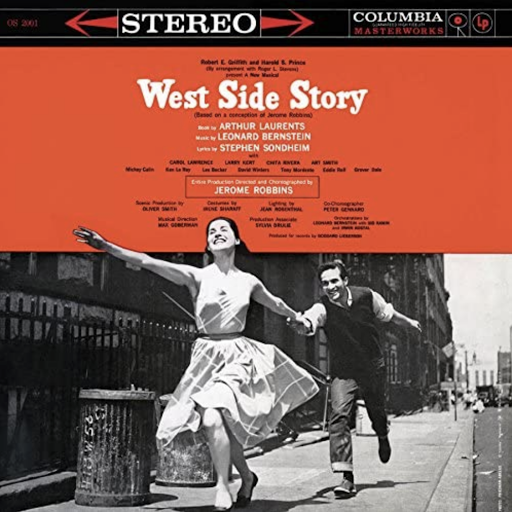 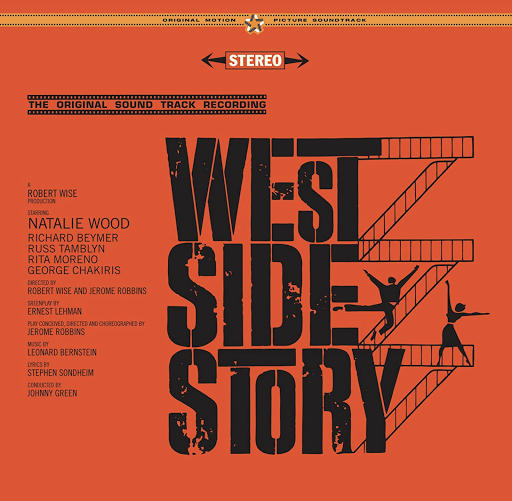 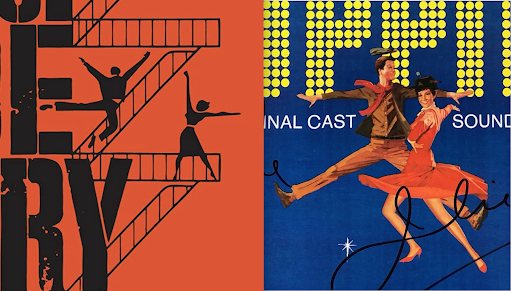