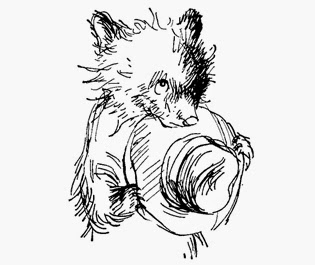 Somewhere around forty-five years ago, I began a correspondence with Michael Bond, the creator of Paddington, which led to a friendship than ran across several years, during which time I used to visit and stay with Michael and his family.

I always loved the Paddington books: the small domestic misadventures of the marmalade-loving bear from Darkest Peru (each a single chapter in length) are perfectly pitched so as to engage and amuse the young listener (always allowing the child to be one jump ahead of the muddles blundered into by the accident prone Paddington) while providing plenty of good story-telling opportunities for the adult called upon to turn the pages!

Michael was always a generous encourager of my youthful ambitions to be a writer, but over the passing years, we eventually lost touch – until this week, when I had the opportunity of visiting my old friend and mentor to talk to him about his latest book – Love from Paddington – for tonight's Radio 2 Arts Show. 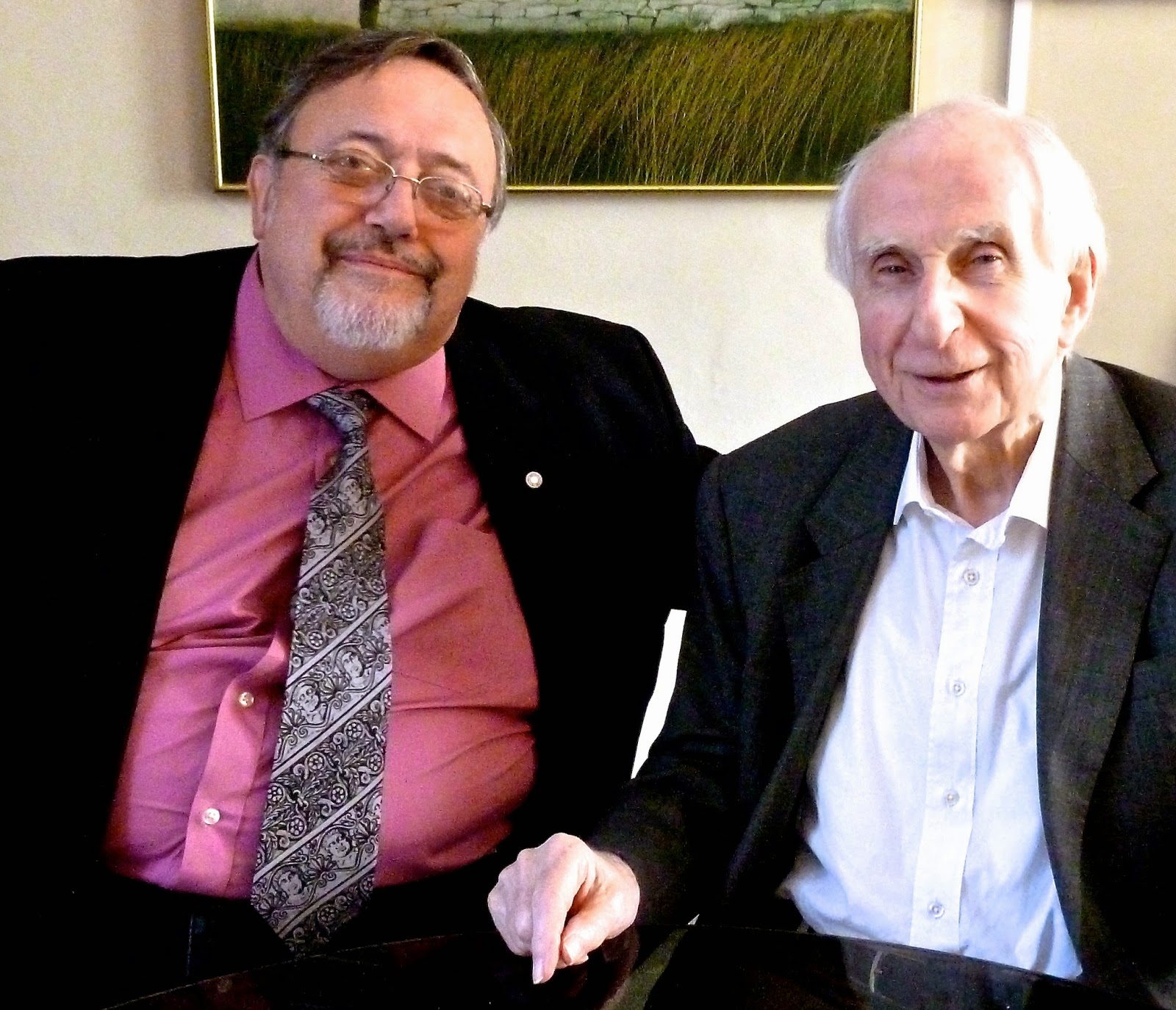 Paddington – famous for his polite manners, his ability to handle difficult situations with determination and difficult people by the use of one of his celebrated 'hard stares' – made his debut in A Bear  Called Paddington in 1958. 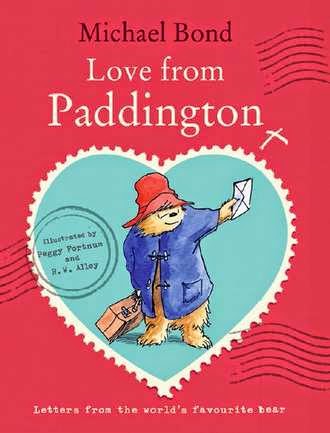 Although many other volumes followed, the new book is the first to be told in Paddington's own words – as he chronicles his exploits in a series of letters written from his home with the Brown of 32 Windsor Gardens to his Aunt Lucy who lives in the Home for Retired Bears in Lima...

With Love from Paddington is a nostalgic trip back to some of the young bear's most engaging escapades illustrated with a combination of pictures by Paddington's first artist, Peggy Fortnum and his current illustrator, R W Alley

You can hear my interview at 10:00 pm on the Radio 2 Arts Show with Suzy Klein sitting in for Claudia Winkleman.

Lovely photo, Brian. Good to see you looking in the pink!

I must try and catch this. I read the Paddington books to my children when they were quite small (now the youngest is 12) they were read and reread until they started to fall apart..but we still keep them (another favourite was Olga da Polga ) This week I noticed the yougest d had included a Paddington book in her library pile but I didn't say anything. She is an avid 'exciting adventure' reader at the moment, but she must've noticed my glance and confided quietly "It's nice to read after something too exciting" sensible girl :o)

Thanks! Nice to see it comes up after a Michael Jackson tune!

Many thanks for the link..the interview was both interesting and enjoyable.. we all crowded on the sofa by the wood stove to listen.
Thank you!!!