The Sibley-scripted Radio 2 series, The Musical  (first broadcast in 2009) continues its repeat airing on BBC Radio 2 tonight with 'Something Borrowed'.

Presented by Whoppi Goldberg (who, at the time, was starring at the Palladium in the musical version of Sister Act), the programme explores stage musicals that have drawn their inspiration from plays and movies, among them Sunset Boulevard, Ghost and A Little Night Music... 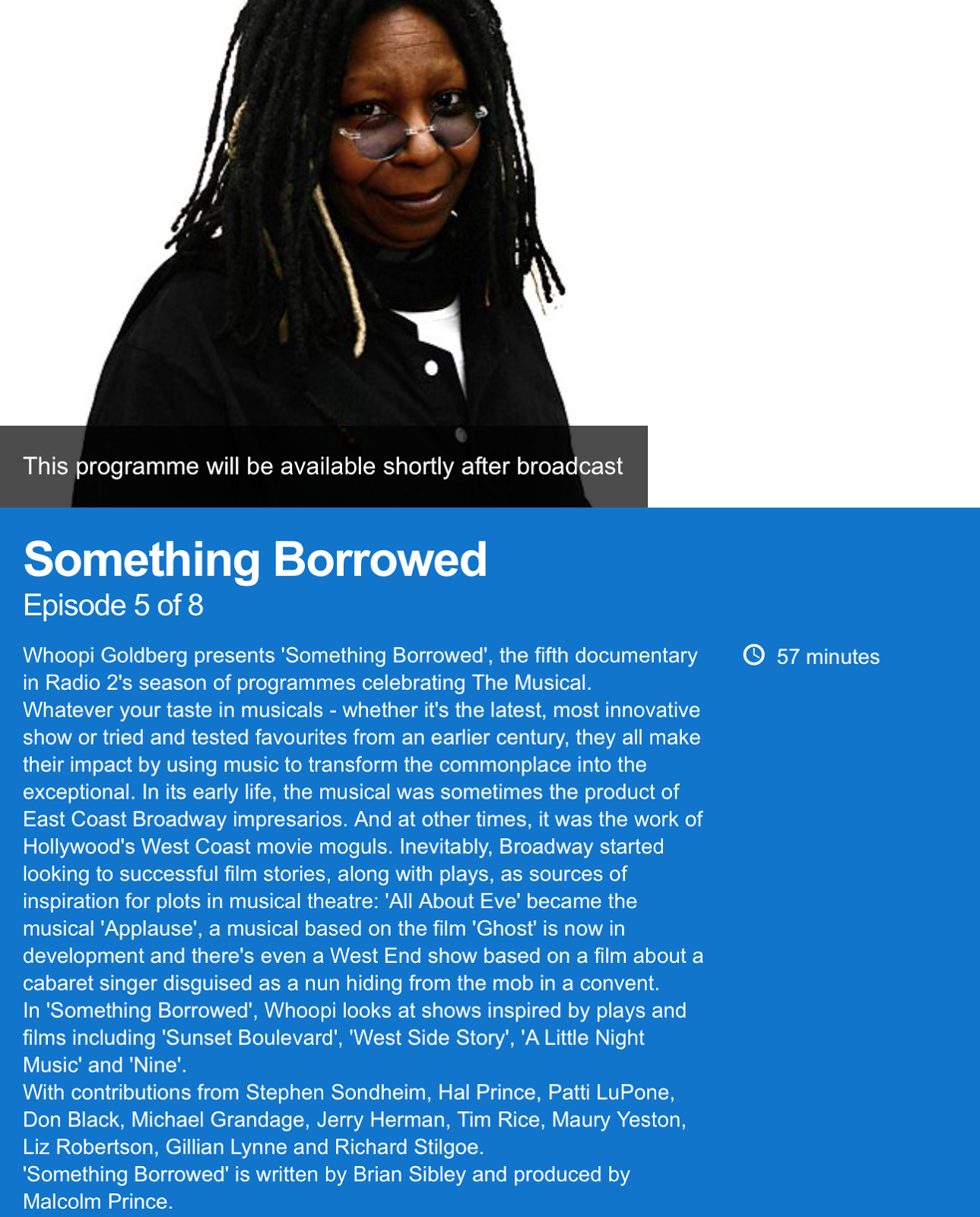 The programme will be on iPlayer for thirty days, shortly after transmission.

And last week's episode, presented by theatre producer, Bill Kenwright, and examining shows that challenged what was and was not an acceptable subject for the stage musical is NOW available on iPlayer here... 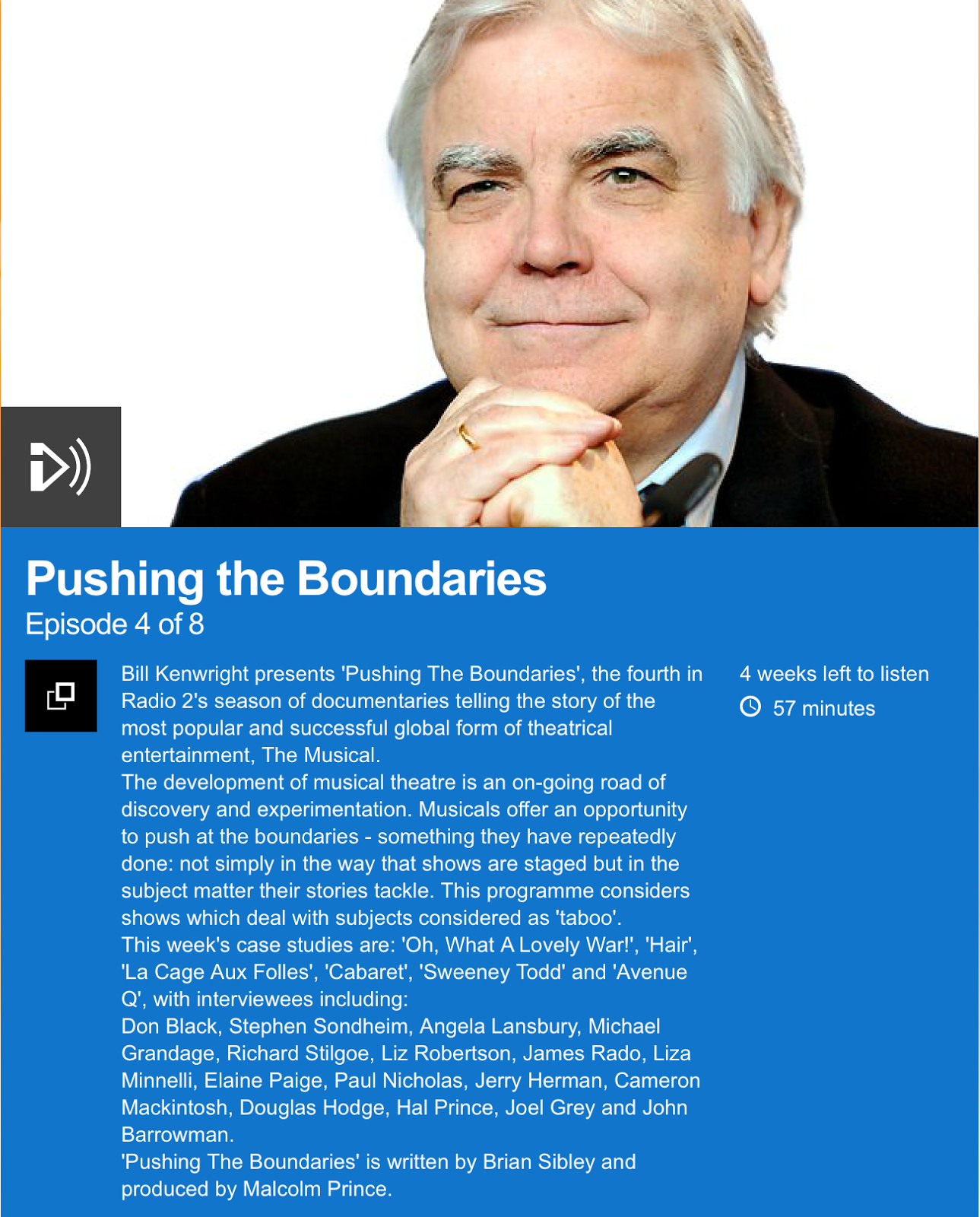