“THE MASQUE OF ITALY” 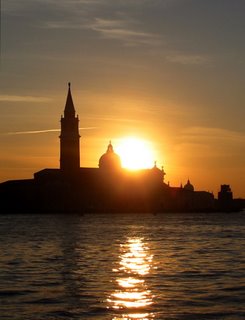 For Lord Byron, Venice was: “The pleasant place of all festivity, the revel of the earth, the masque of Italy.” For many years since, it has been a city padding on old lion paws towards inexorable extinction.

And now the British who have, for so long, been in love with this exquiste place are questioning the wisdom of helping hold back the tides and shore up the crumbling churches and palazzi…

A Venetian friend wrote, a day or two back: “I saw a newspaper saying the British won't help Venice anymore... I believe a lot has been made by the British for Venice, I never believe newspapers 100%, but can understand some get tired by the Italian Situation - or especially the Venetian situation. There is a word - "Venice is a Byzantine city" - to describe a city were we talk... and talk... and talk without finding solutions but always some problem…”

My friend can rest assured that, whatever the newspapers may say, Venice in Peril who organized last night’s debate at the Royal Geographical Society on the costs of attempting to ‘save’ Venice made it clear at the beginning that “whatever the outcome of the debate, Venice in Peril will not be shutting up shop!”

The motion, ‘Enough Money Has Been Spent Saving Venice’ was proposed by Professor Sir David King and seconded by Professor John Kay who - unworthily in a debating chamber - preceded their arguments with statements more suited to the opposition in the form of declarations of love for Venice and their personal wish that it might be saved for future-kind… In consequence, their weakened advocacy was forced to rely on arguments that never really addressed the stated motion. 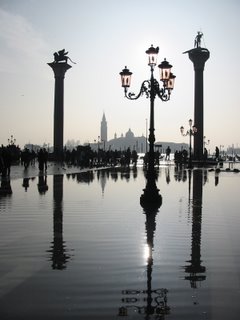 Sir David King maintained that attempts to save Venice were a waste of time and money since, unless the perils of global warming were addressed, Venice is inevitably doomed to sink beneath the waves - probably some time around the year 2060.

Professor Kay, on the other hand, argued that saving Venice was a fruitless exercise, since Venice suffered from outstandingly poor management and that, unless the keys to city were handed over to the Walt Disney Company to run it as the theme park that it already is, it will never survive.

Opposing the motion, Professor Joseph Rykwert pleaded the case for protecting Venice as a ‘living city’ rather than a tourist destination, a view endorsed by A N Wilson, who went to so far as to express the wish that the Italian government would BAN tourism in Venice - a curious argument since, no longer the Queen of the Adriatic, Venice is now solely dependent on the 50 million tourists who descend on the city every year for its financial survival. 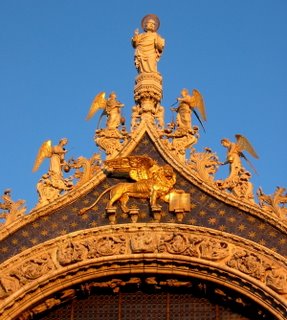 Following the debate, the voting figures shifted in that those undecided had dwindled to a mere 34 with 151 for the motion and 475 against.

Wilson: “Think of a world without Venice where fragments of Tinteretto’s paintings from the Scuola Grande di San Rocco can only be seen in ‘Glory That WAS Venice’ exhibition, designed by Richard Rogers, in Treviso…”


Rykwert: “Buildings are to money what blotting paper is to ink - they absorb it incessantly!”

Unnamed Man-behind-me: “Well, I don’t give a monkey’s about Venice and if even one penny from British tax-payers is going to pay for it, then I say give it to the people of ‘ackney, ‘cos they really ain’t got enough ‘ousing…”

My own humble contribution, from the floor, was to point out that since we can now only speculate on just how wonderful the seven wonders of the ancient world once were, we simply HAVE to keep trying to save la Serenissima unless we want our descendents in some future millennium to refer to Venice as we now speak of, say, the Hanging Gardens of Babylon… 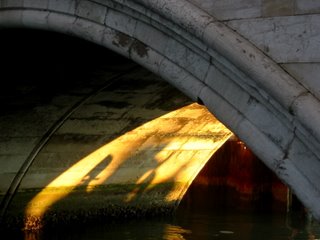