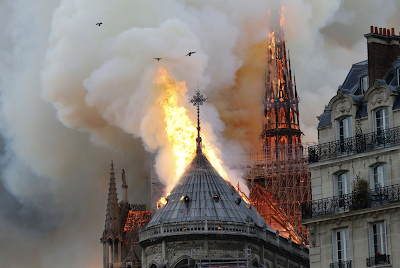 Writing in Notre-Dame de Paris in 1831, Victor Hugo described this incredible building, the central character of his monumental Gothic novel, in these words...

Each face, each stone of the venerable monument, is a page not only of the history of the country, but of the history of science and art as well. Thus, in order to indicate here only the principal details, while the little Red Door almost attains to the limits of the Gothic delicacy of the fifteenth century, the pillars of the nave, by their size and weight, go back to the Carlovingian Abbey of Saint-Germain-des-Prés. One would suppose that six centuries separated these pillars from that door. There is no one, not even the hermetics, who does not find in the symbols of the grand portal a satisfactory compendium of their science, of which the Church of Saint-Jacques de la Boucherie was so complete a hieroglyph. Thus, the Roman abbey, the philosophers’ church, the Gothic art, Saxon art, the heavy, round pillar, which recalls Gregory VII., the hermetic symbolism, with which Nicolas Flamel played the prelude to Luther, papal unity, schism, Saint-Germain-des-Prés, Saint-Jacques de la Boucherie – all are mingled, combined, amalgamated in Notre-Dame. This central mother church is, among the ancient churches of Paris, a sort of chimera; it has the head of one, the limbs of another, the haunches of another, something of all

We repeat it, these hybrid constructions are not the least interesting for the artist, for the antiquarian, for the historian. They make one feel to what a degree architecture is a primitive thing, by demonstrating (what is also demonstrated by the cyclopean vestiges, the pyramids of Egypt, the gigantic Hindoo pagodas) that the greatest products of architecture are less the works of individuals than of society; rather the offspring of a nation’s effort, than the inspired flash of a man of genius; the deposit left by a whole people; the heaps accumulated by centuries; the residue of successive evaporations of human society,—in a word, species of formations. Each wave of time contributes its alluvium, each race deposits its layer on the monument, each individual brings his stone. Thus do the beavers, thus do the bees, thus do men. The great symbol of architecture, Babel, is a hive.

Great edifices, like great mountains, are the work of centuries. Art often undergoes a transformation while they are pending, pendent opera interrupta; they proceed quietly in accordance with the transformed art. The new art takes the monument where it finds it, incrusts itself there, assimilates it to itself, develops it according to its fancy, and finishes it if it can. The thing is accomplished without trouble, without effort, without reaction – following a natural and tranquil law. It is a graft which shoots up, a sap which circulates, a vegetation which starts forth anew. Certainly there is matter here for many large volumes, and often the universal history of humanity in the successive engrafting of many arts at many levels, upon the same monument. The man, the artist, the individual, is effaced in these great masses, which lack the name of their author; human intelligence is there summed up and totalised.

Time is the architect, the nation is the builder. 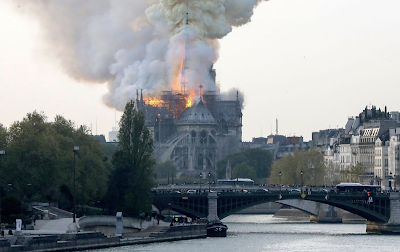 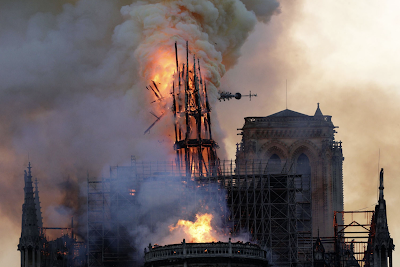 Resurrection is now the theme.