This month marks the 100th anniversary of the birth of the Swedish-speaking Finnish novelist, painter, illustrator and comic strip author, Tove Jansson (1914-2001) who created the legendary Moomins who enchanted so many of our childhoods.

Forty years ago, I began an occasional correspondence with Tove in which she told me a little about her stories, pictures and, in particular, her admiration for Lewis Carroll.

In 1975, she sent me this adorable little drawing featuring Moomintroll, Snufkin, Sniff and their friends... 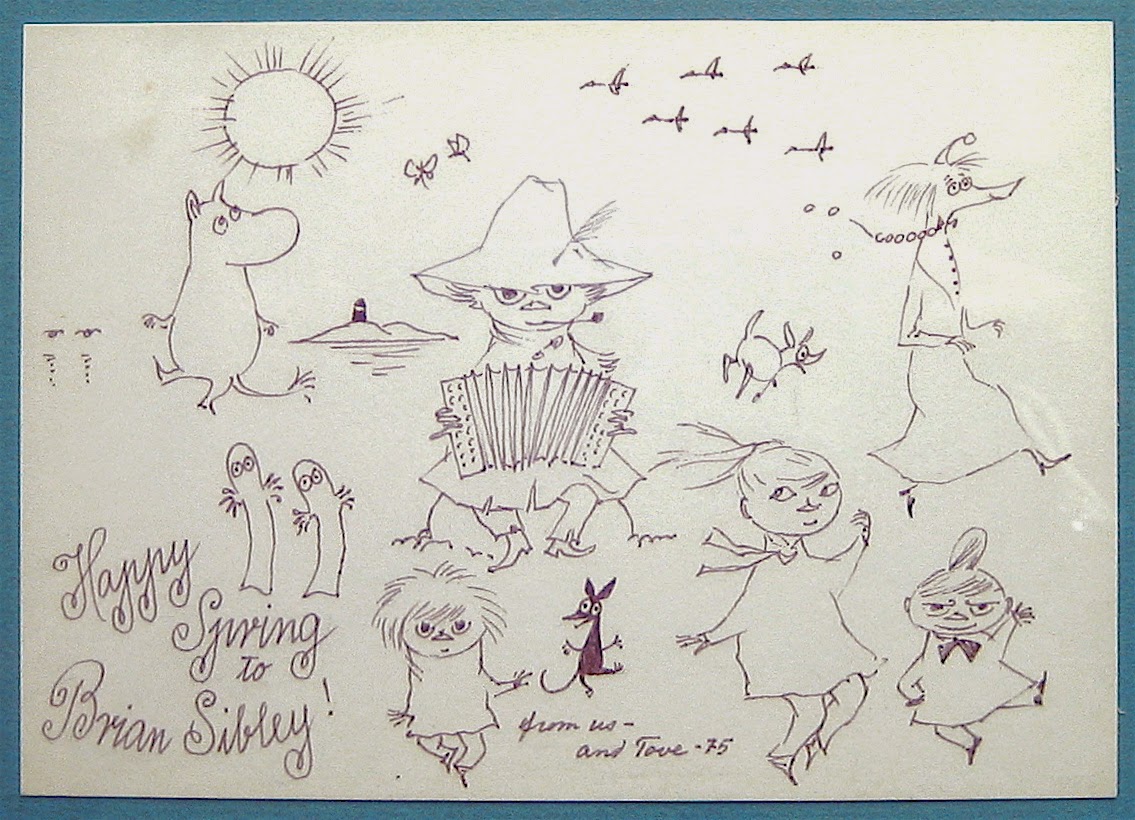 And you can visit the Moomins on their official website, HERE

Today would have been the 94th birthday of my late literary hero, Ray Bradbury.

I'm remembering my friendship with Ray with a cartoon I made for his birthday back in 1983. The brontosaur kid is reading Ray's book, Dinosaur Tales... 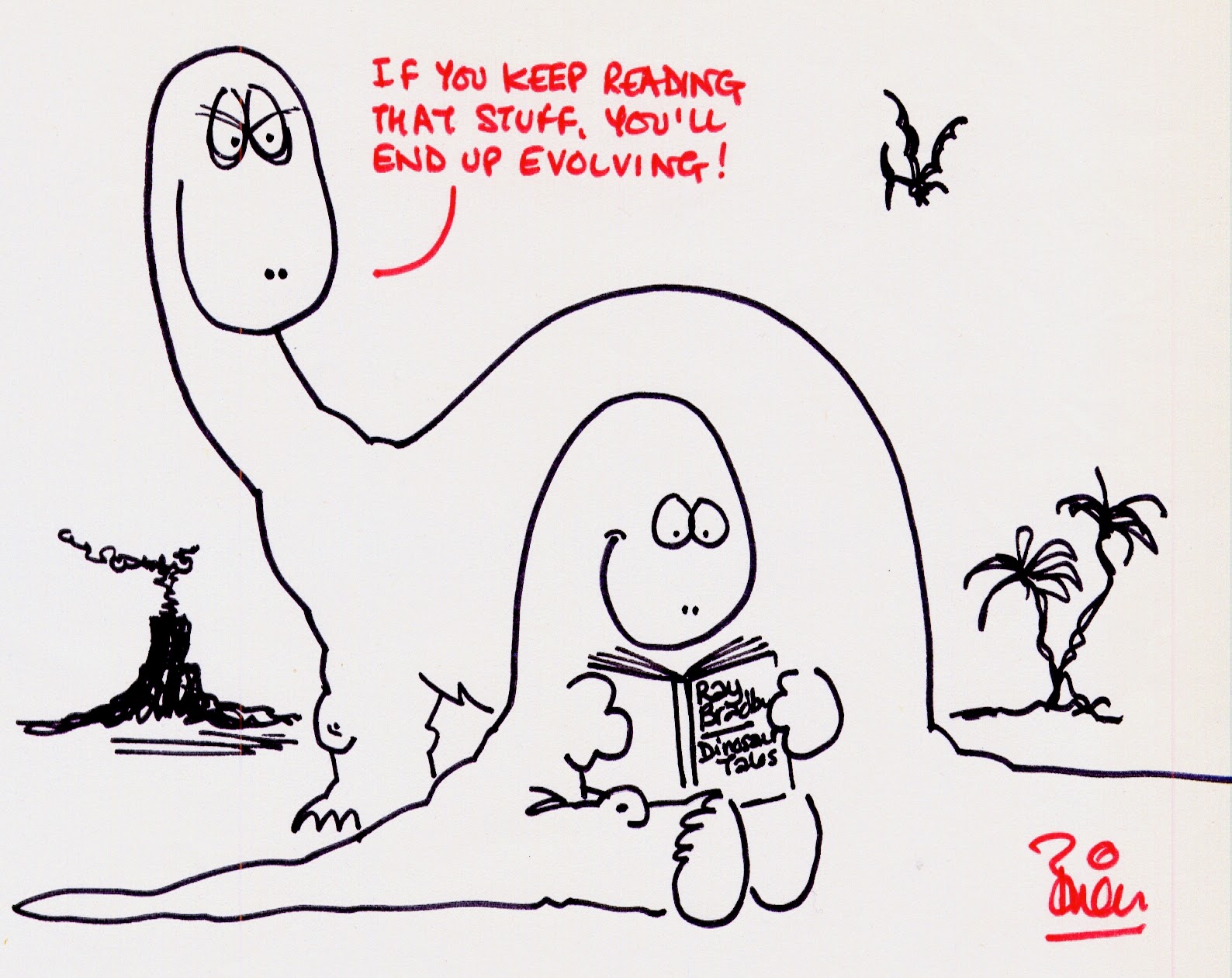 And here's Ray's letter in response... 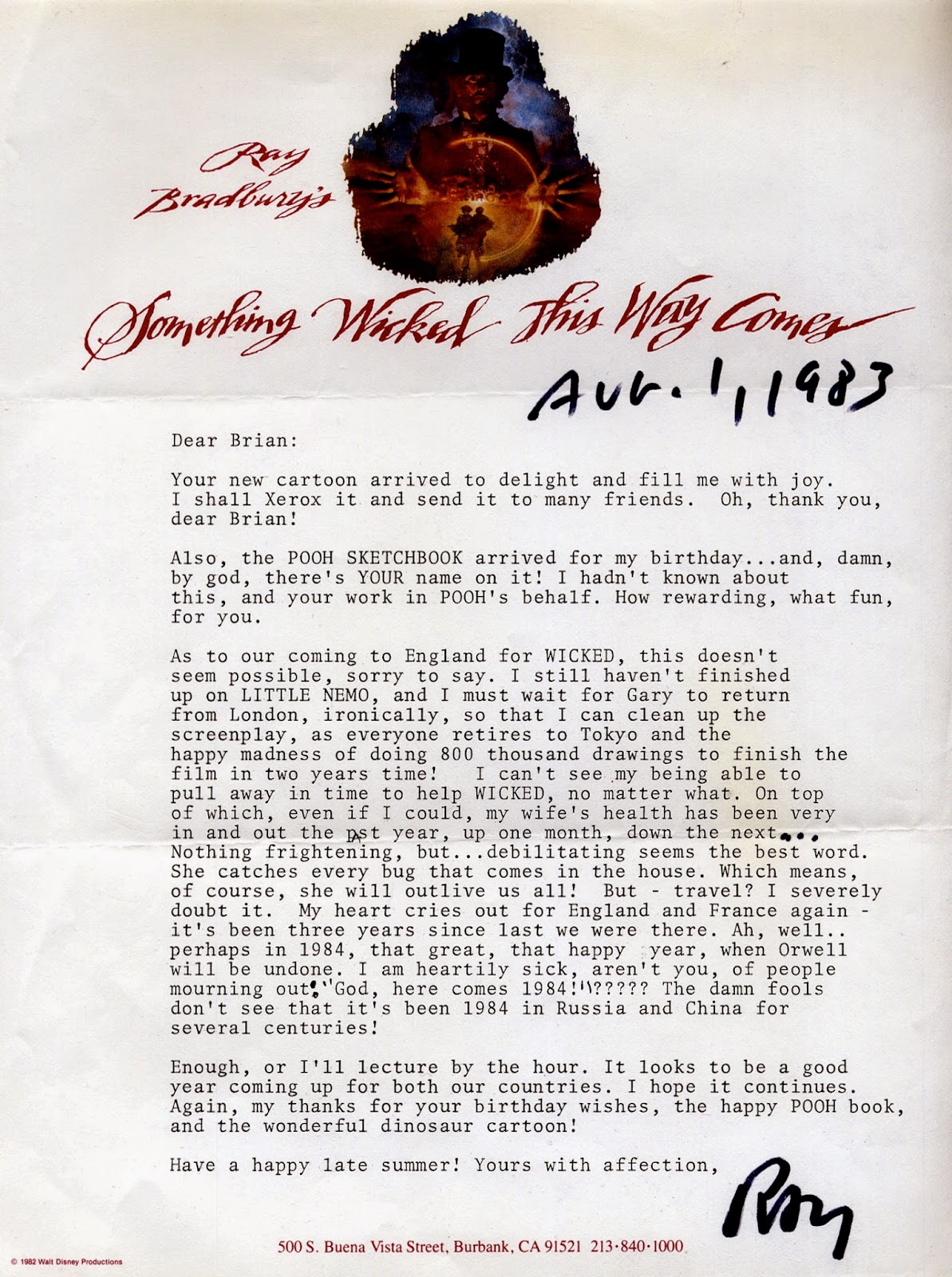 Just one of so many happy memories... but how weird it feels to think that, at the time when we had this exchange of communications, Ray was two years younger than I am now...

BBC Radio 4 has a long and noble history of tackling the unlikely in a daring – even outrageous – way: yesterday, writer Ian Sansom, decided to attempt an adaptation of the 14th Century poetic allegory, Piers the Plowman... 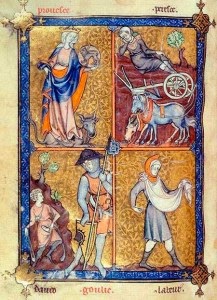 Ian found himself locked away in a Curfew Tower in the Glens of Antrim... 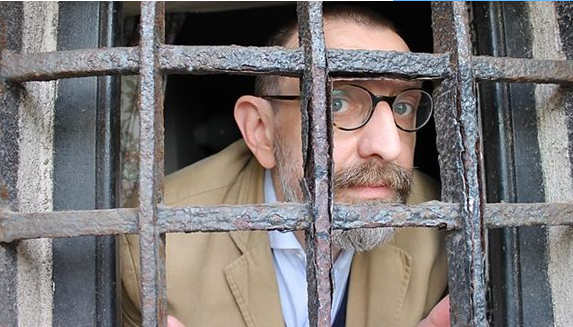 ...and, calling from a nearby phone box, seeking help from a certain radio dramatist...

You can read about this bizarre and rarefied – but rather splendid – programme here...

The programme is repeated on BBC Radio 4, next Saturday at 23:30 or, for the next six days, you can catch up with Ian Sansom's wild experiment (and my fleeting cameo) by Clicking Here!

I've been involved in some fairly weird and wacky radio projects over the years, but this is probably the most bizarre piece of bonkersness I've ever perpetrated...

Some time (I'm not exactly sure when) after the BBC launched Radio 5 in 1990, someone at the network came up with the idea for a zany experimental series entitled The Last in the Present Series.

Each episode was intended to spoof radio and to provide a solo vehicle for a different writer/presenter/performer. I have a vague memory that Simon Brett was another contributor – but that may be a terrible libel!

Anyway... my episode – Time for Rhyme – was a spoof radio programme in which a children's presenter (plus meddlesome kid sidekick) blunder around the network, eavesdropping on or interrupting the regular output – that's about the measure of it, EXCEPT that all the programmes also happen to feature characters or situations from well-known Nursery Rhymes.

I provided all of the voices - for better or worse – many of which are (or were) supposed to be impersonations of British household names.

So here it is: 25-minutes of Sibley silliness...


...incidentally, I'm not sure it was all my fault, but The Last in the Present Series proved to be EXACTLY THAT!!
<br />