A curious juxtaposition of 90th anniversaries this month: the birth of Winnie-the-Pooh on 14 October and the death of Harry Houdini on Halloween 1926, ninety years ago today.

Back in 1996, I made a radio programme marking the 70th anniversary of Houdini's passing: twenty years on, it's still quite a good listen...

RIGHT BETWEEN THE EARS

Tonight on BBC Radio 3 (21:30), 'Between the Ears' is presenting Between Ballard's Ears: two of J G Ballard's short stories – both of which have an obsessive fascination with sound.

'Venus Smiles', dramatised by Frank Cottrell Boyce is about a audio sculpture that takes on a life of its own and is preceded – as a sonic curtain-raiser - by my adaptation of Ballard's 'Track 12' starring Anton Lesser and Elliot Levey.

Both plays are recorded in binaural sound, using a Neumann dummy head which is designed to replicate average-sized human head and is equipped with pinnae and ear canals in which small microphones are placed, one in each ear. 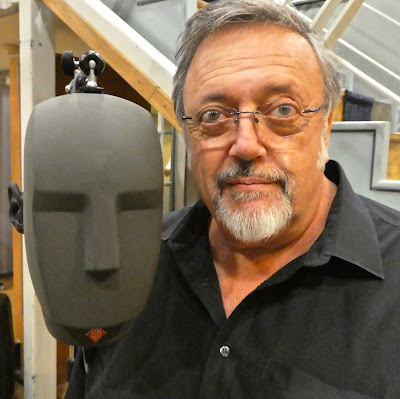 The dummy head is designed to record multiple sounds at the same time and the recorded tracks are then listened to through headphones allowing for the listener to hear from the dummy’s perspective.

'Track 12' begins innocently enough but quickly develops into a disturbing duel of words that – we discover – can only have one outcome...

To read more about Between Ballard's Ears, click here

Here are some photos of Anton Lesser and Elliott Levey during the recording session at the BBC's Maida Vale Studio last month, featuring the Neumann dummy head that will be your head if you listen to the play on stereo headphones... 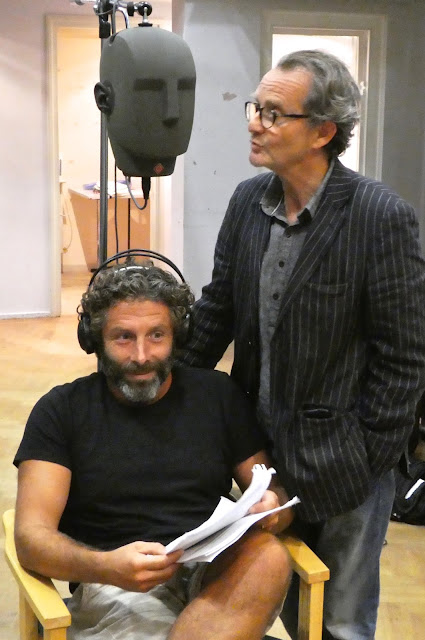 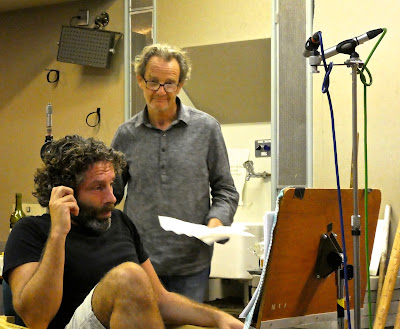 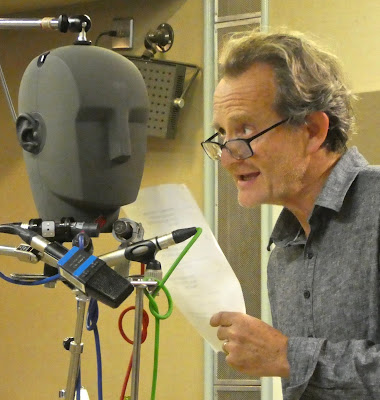 Elliot Levey with Keziah Joseph, the voice of the elusive Susan who is the reason for the dramatic confrontation at the heart of Ballard's story... 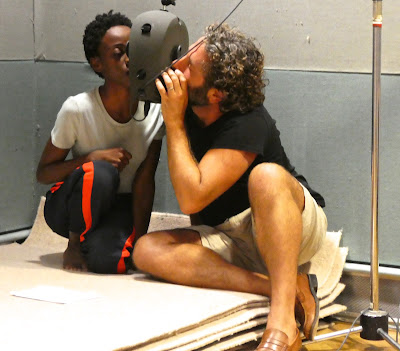 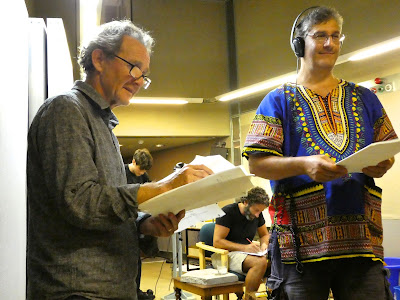 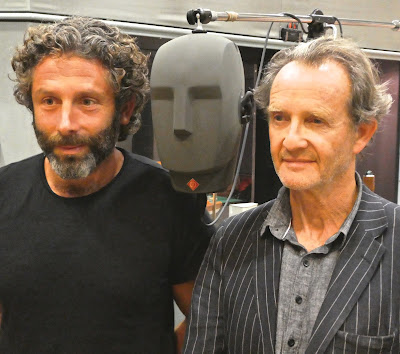 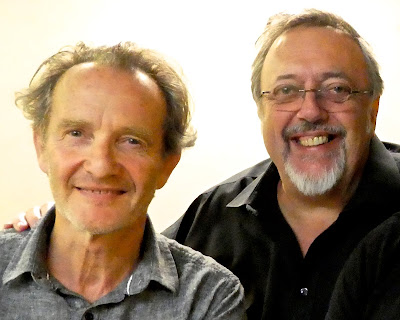 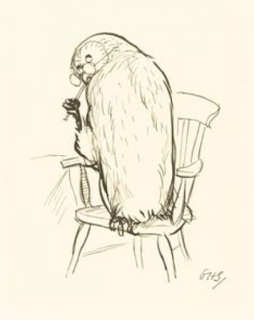 So Owl wrote... and this is what he wrote:

"It's a nice long one," said Pooh, very much impressed by it.

And today, is Winnie-the-Pooh's 90th Birthday! 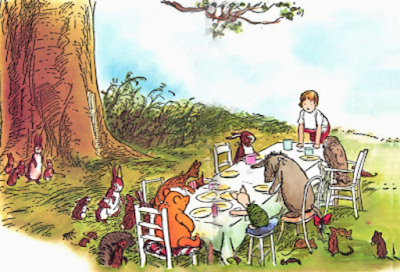 Yes, 90 years ago today, on 14 October 1926, A A Milne's Winnie-the-Pooh was published, introducing not just "The Best Bear in All the World", but also Piglet, Eeyore, Rabbit, Owl, Kanga and Baby Roo – Tigger made his debut two years later oin The House at Pooh Corner.

But today also happens to be the 40th anniversary of my first-ever radio programme for the BBC.
Broadcast in 1976, it was presented by the well-known character actor and teddy bear authority Peter Bull (Dr Strangelove, Doctor Dolittle etc) and featured Norman Shelley (radio's original 'Voice of Pooh') and singer, pianist and editor of The Pooh Song Book, Antony Miall.
The programme celebrated (as you will have already worked out for yourself having taken 40 away from 90!) Winnie-the-Pooh's 50th birthday and it was entitled: Three Cheers for Pooh.

And here (if you have a half-an-hour to spare) it is...
Happy Birthday to Us!