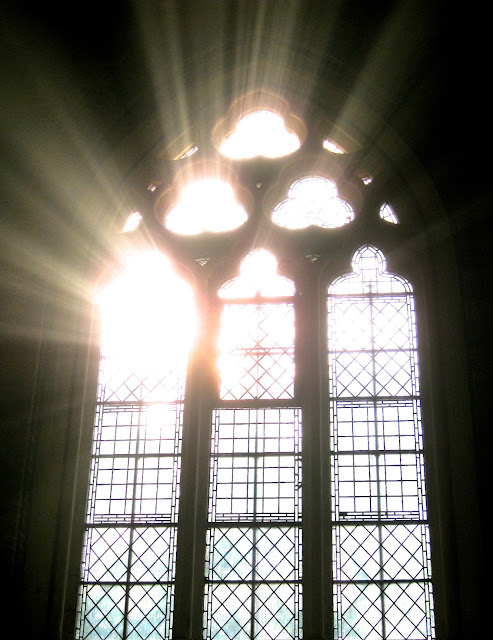 THE GRAIN OF WHEAT 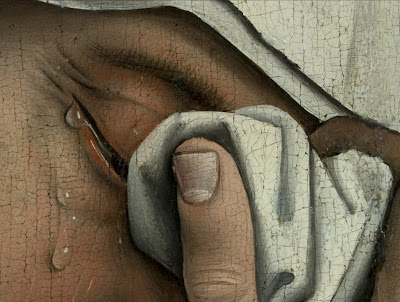 "Unless a grain of wheat falls into the earth and dies,
it remains just a single grain;
but if it dies, it bears much fruit." 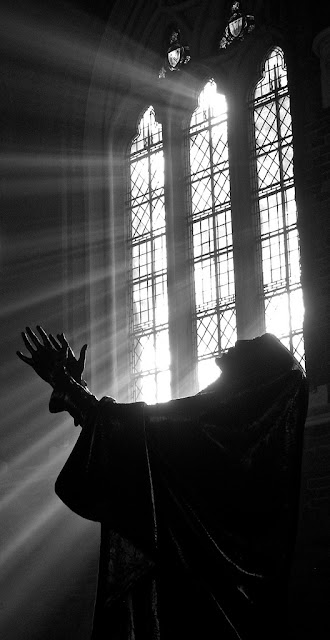 Photo:  Mary from the Kelham Rood: a life-size bronze sculpture of Christ on the Cross together with figures of St John and the Virgin Mary by Charles Jagger (1885-1934) in the church of  St John the Divine, Kennington, London 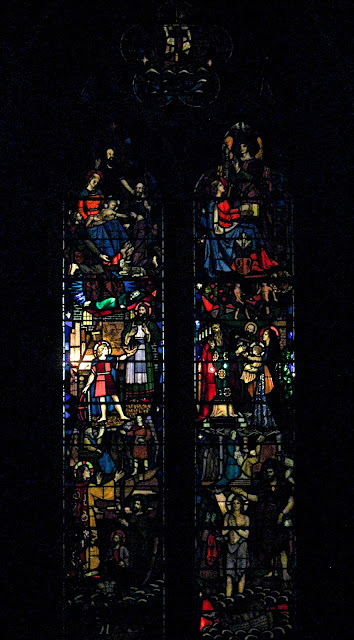 TO BE A PILGRIM 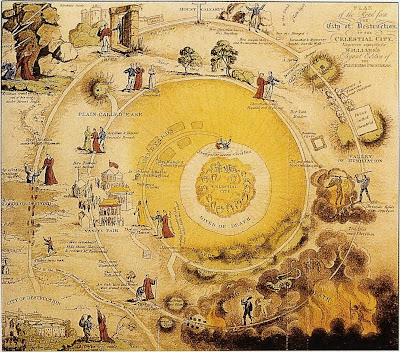 There's no discouragement
shall make him once relent
his first avowed intent
to be a pilgrim...
That said...

You've only got between 5 and 7 days left to catch all three episodes of my radio dramatisation of John Bunyan's The Pilgrim's Progress on BBC iPlayer.


You can listen to all three episodes here.

John Bunyan also wrote a well-known hymn on the subject of pilgrimage and, as it doesn't feature in the dramatisation (but is obviously a close relative), here it is together with assorted illustrations from various period editions of his famous book...

HE WHO WOULD VALIANT BE

It would be nice if the BBC thought to tell a writer that one of their vintage works was getting an airing on Radio 4 Extra, but, then, they probably think I'm dead!

Anyway, courtesy of a pal (thanks for the heads-up, Michael!), I now know that my three-part dramatisation of John Bunyan's The Pilgrim's Progress is being re-broadcast starting this morning at 10:00 am. 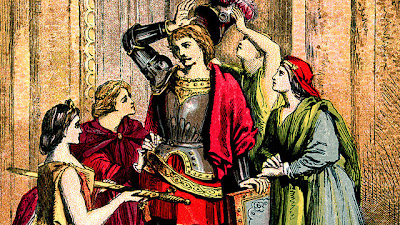 Bunyan's allegory on the journey of life is framed with the story of the author's trials and periods of imprisonment for 'holding unlawful religious assemblies' that began in 1660 and lasted for twelve years. During that time, Bunyan (incarcerated in Bedford Gaol) penned his most famous work, The Pilgrim's Progress, from This World to That Which is to Come.

You'll find programme details here and following each day's broadcast the episodes can be listened to again, on-line, via iPlayer for the next seven days. 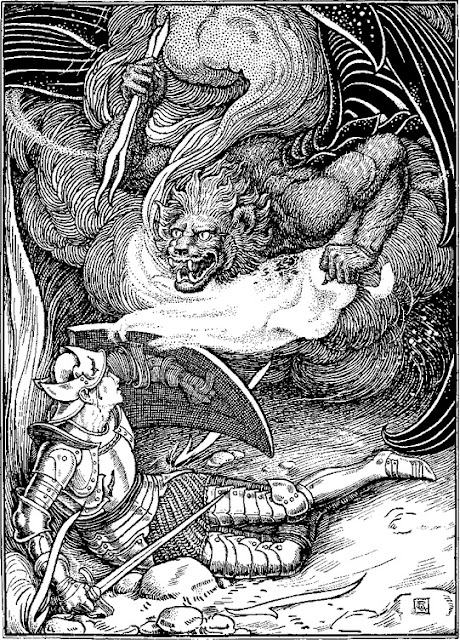 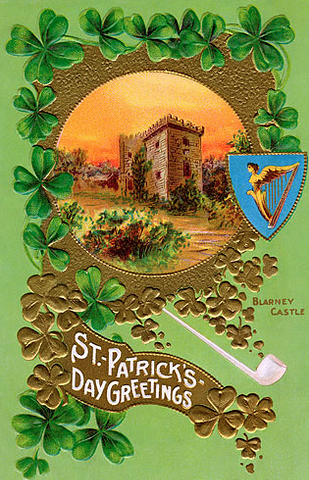 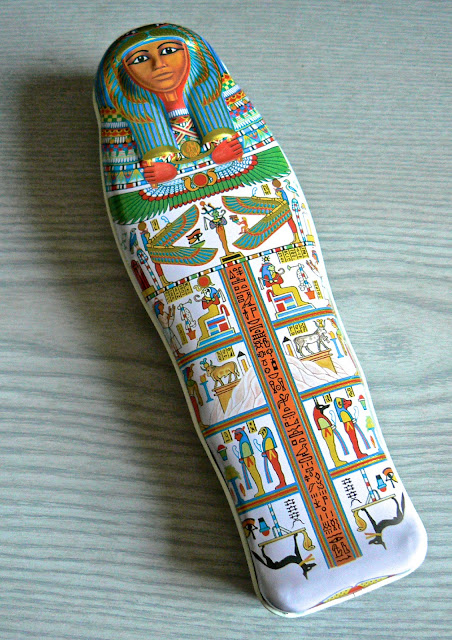 THE GREATEST MYSTERY
OF THE
ANCIENT EGYPTIANS
FINALLY
REVEALED!

THE TRUE SECRET
OF
IMMORTALITY!! 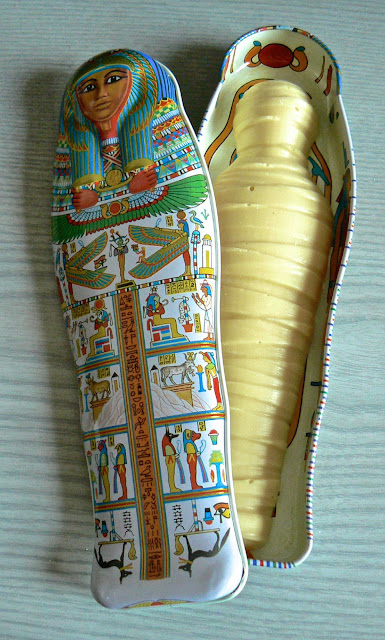 ALL WHITE ON THE NIGHT 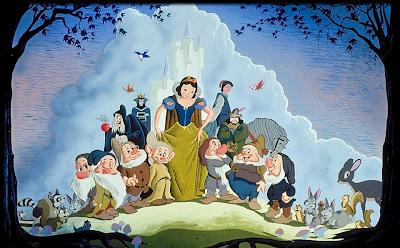 It's difficult to believe, but 75 years ago this week, Walt Disney's first feature-length animated film, Snow White and the Seven Dwarfs began enchanting and (in the case of the Wicked Queen and her alter ego the witchy old Hag) terrifying British kids when the film went on General Release in the United Kingdom.

As well as extracts from the film, I will be showing sequences that never made it into the beloved classic, as well as several related short films including, from WWII, the Seven Dwarfs helping to sell war bonds and instructing people how to prevent the spread of malaria! 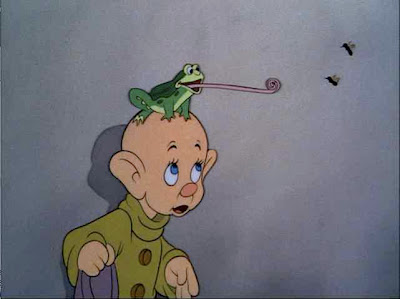 And as a special, curtain-raiser for Tuesday's event, here are Snow White's Seven Little Men along with Pinocchio, Geppetto, Donald, Pluto, Mickey & Co doing their bit for the war effort...

Could Disney be responsible the great horse-beef mix-up? 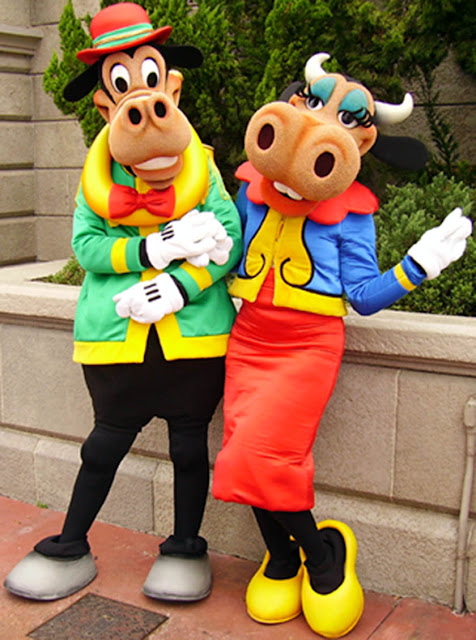 PICK OF THE PIX: SILVER AND GOLD

Somebody recently made a favourite of this photo from my flicker photostream. Following a two-day storm on the Canaveral Coast of Florida in 1999, the wind and rain suddenly abated and I got up at dawn to watch the sun rise over the sea.

Sitting on the deserted but still rain-sodden sand, I was rewarded by the company of  this lone heron engaged on an early morning fishing expedition: a beautiful encounter that I will never forget...

JUST WHAT THE DOCTOR ORDERED!

Today
is the
109th
birthday
of
THEODORE Dr Seuss GIESEL
and how better to celebrate
the good Doctor than with his
life-affirming final book
Oh, the Places You'll Go!
as presented by the folk at the
2011 Burning Man event in
Black Rock Desert, Nevada, USA

And if you are interested in seeing more of Burning Man, here are images from Burning Man 2012.

You do a small favour for someone and they just go over the top...