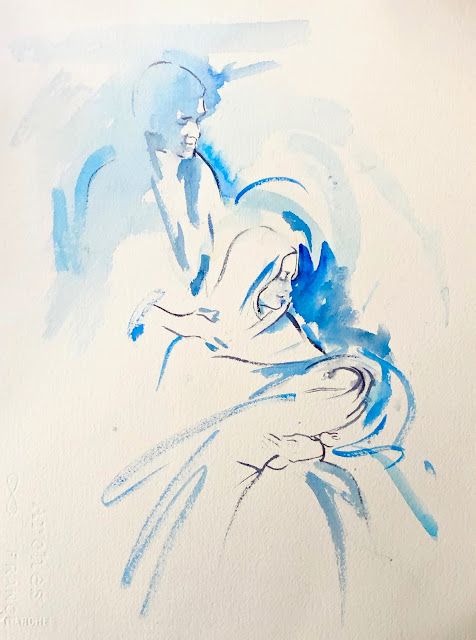 FIFTY-ONE days to Christmas! How do I know? The first of the big store Christmas commercials have debut! For example, in a year when – to be fair – there has been so much about which to be doubtful, Lidl have come up the slogan:

LIDL, A CHRISTMAS YOU CAN BELIEVE IN!

I wonder what sort of a Christmas you can't believe in?

Maybe one featuring the story of a young, heavilly pregnant girl and her husband, finding themselves homeless in a strange city on a night in the bleak mid-winter...? 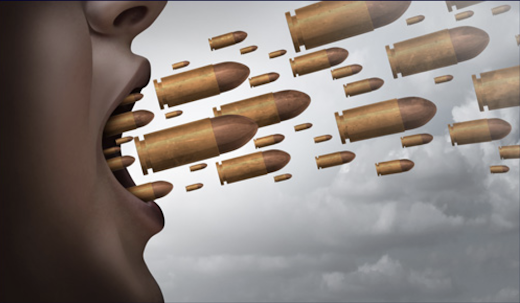 What the hell is happening to our language?

Why are we allowing our communities, society, country, world to be divided not just over our ideologies but in the manner we express our distaste, antipathy, detestation for one another.

Maybe it is a symptom of our willfully and irrevocably fractured twenty-first century human relationships, but as the UK’s Home Secretary hysterically – and disgracefully – refers to the arrival of immigrants as ‘an invasion’ and perpetuates the dangerous fiction that all immigrants are 'illegal', those who respond to the stench of smouldering hatred are driven to join in the same name-calling language of a playground for grown-up children.

Suella Braverman shouts across the chamber of the House of Commons that her opponents are ‘Guardian-reading, tofu-eating wokerati’ and when, a few days later, she weaponsises the ever-present fear of ‘the stranger’, ‘the outsider’, those who are ‘not like us’ as being comparable to a hostile army, the opposition – by which I don’t just mean ‘His Majesty’s Most Loyal Opposition’, but everyone who doesn’t buy into her grotesque rhetoric – are seemingly left with no adequate response but reciprocal, equally meaningless, label-sticking.

One of our British broadcasters whom I most admire (and whose political stance I admit to sharing) is now referring to those who stamp and cheer at Braverman’s rabble-rousing as the nothing more than response of the ‘gammon and pineapple’ brigade, while one of his colleagues (with whom I am also, more often than not, in agreement) dismisses the fulminations of the Braverman rant as a crowd-pleaser for the grey-haired oldies in the Home Counties’ golf-clubs.

I don’t play golf (although I have putted around a seaside crazy-golf course a couple of times); I do read the Guardian; I’m not quite sure how often I’ve eaten tofu and I certainly haven’t eaten gammon and pineapple for a good few years, although I happily would because I think it’s a tasty combination – just as I enjoy pork-and-applesauce or chicken-and-redcurrant-jelly – but these idiotic disparagements are a poor, simplistic reaction to the current degeneration of our social discourse. ‘Your mum’s an ugly old cow!’ or ‘Your dad’s a stinky old poof!’ are but the prologue to the post-2016 yells of ‘Brexiter’ and ‘Remoaner’ and enthusiastically set the stage for red-faced, factioneers screaming ‘Communist’, ‘Fascist’ and any other incendiary invective that will arm and empower people against other people.

When and how can those of us who want to resist society’s Gadarene stampede to the cliff-edge stop ourselves from embracing this grotesque communal hostility that aids no one other than those who seek further division for their own self-enhancing ends?

What language do we have left with which to speak reason to ignorance and truth to power? Whatever it is we need, we’d better find it and start using it pretty damn soon.