The death occurred last weekend at the age of 84 of veteran American film critic, Richard Schickel. Longtime reviewer of film for Time magazine, he authored numerous books and was an Emmy-nominated documentary filmmaker.

Over the course of his life, Schickel once estimated that he’d seen around 22,590 movies, the first being Walt Disney's Snow White and the Seven Dwarfs in 1938.

It was the name of Disney that first introduced me to the name of Schickel when, in 1968, just two years after Walt's death, he published The Disney Version: The Life, Times, Art and Commerce of Walt Disney: a relentlessly harsh analysis of Disney that went very much against the grain of received opinion at the time. 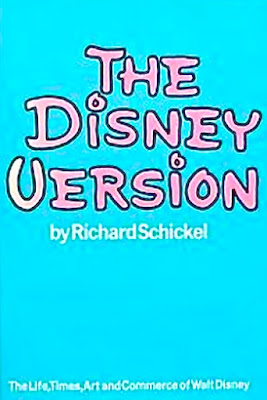 In the UK the book was published under the simpler title, Walt Disney, but with an eye-grabbing dust-wrapper design... 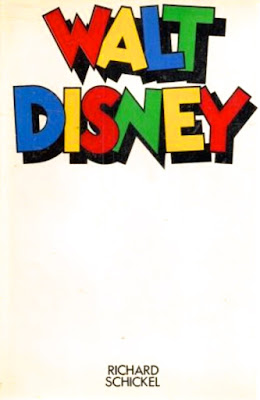 Ethan Mordden in his book, The Hollywood Musical (1982) wrote of The Disney Version that Schickel's "resentment of Disney's wealth and power" stood out "like a soapbox nut's exhortation — horror of horrors, the man was a capitalist."

The book shocked and outraged a great many Disney fans as can be seen from Al Kilgore's brilliantly savage cartoon depicting the assassination of Mickey Mouse to accompany his highly critical review of the book in the September 1968 edition of Film Fan Monthly. 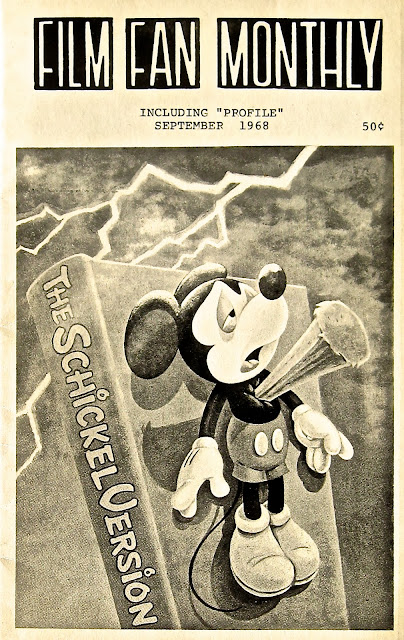 Today, after several decades of Disney hatchet-jobs, Schickel's book now seems comparatively bland, but back in 1968 it was rated as being little short of blasphemy!

Certainly to the young Disney-devoted Sibley, The Disney Version was a clarion call to arms and for the next three years I worked on a biographical appreciation of Disney aimed at redressing what I saw as the damage done by Schickel's book.

Entitled Disneydust (from that bibbidi-bobbidi-boo sparkle of magic seen in numerous Disney films) it was never published, although it did get as far as being listed (without the author having a contract!) in a catalogue of a publisher of somewhat dubious repute!

Later, however, some of that work would find its way into various chapters of The Disney Studio Story which I wrote in 1988 with Richard Holliss and the research and writing experience it gave me helped shape and focus my later writing career on many topics – Walt Disney among them.

So, Mr Schickel, may you rest in peace knowing that – whatever we thought about your assault on the Dream Merchant – you helped develop a young writer who was just awaiting that necessary spark of inspiration.
Posted by Brian Sibley at 16:53 3 comments