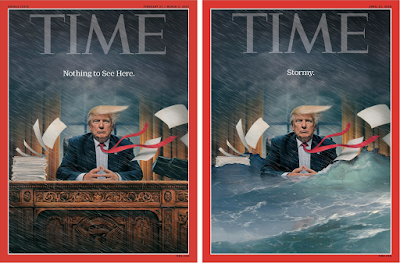 Now, the artist returns with a brilliant new and updated variation on his theme for the upcoming September 3, 2018 issue... 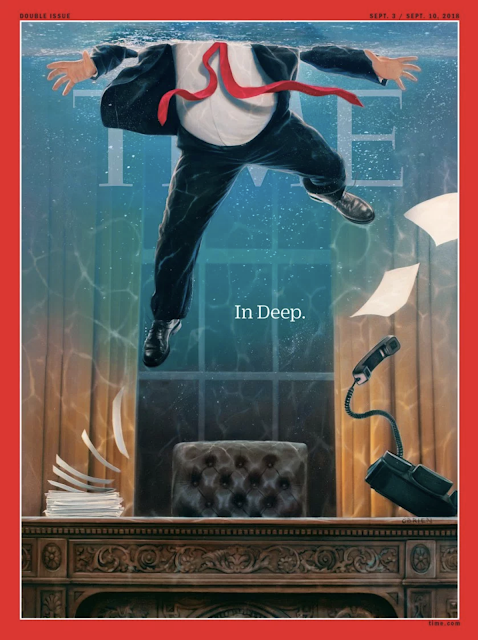 Tim O'Brien says: "As the never-ending flood of breaking news washed over the White House, and the firings, the scandals and the general mayhem filled each news cycle, I felt the storm metaphor was as relevant as ever."

One day in 1964, my 15-year old self spotted this volume on one of those revolving book-stands outside a newsagent's shop... 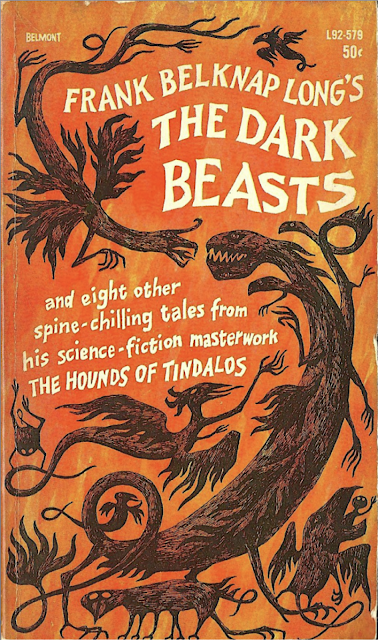 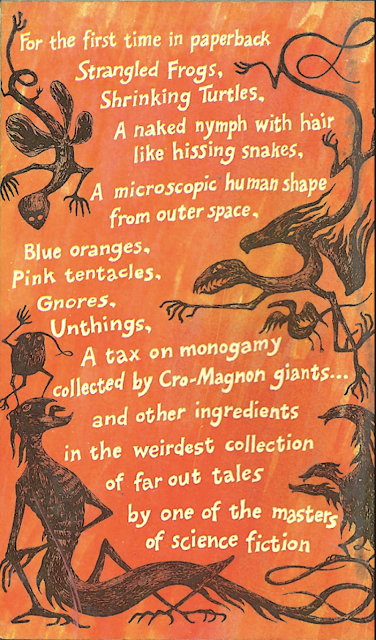 I had no idea who Frank Belknap Long was, but the name intrigued me...

'Frank Long' wouldn't have been half as interesting, but Frank Belknap Long –– now that really was a name!

Then there was the title – THE DARK BEASTS – and those beguiling words "spine-chilling tales" and "science-fiction" (like many another 15-year-old, I was an obsessive consumer of both!) and another curious conjunction of words, THE HOUNDS OF TINDALOS...

Obviously, I was in no small measure enticed by the 'dark beasts' depicted flying, clawing and scrambling across the cover. I didn't know it then, but I had – for the first time – encountered the bizarre, melancholic imagination of that brilliant illustrator (and writer), Edward Gorey.

So began another satisfyingly weird diversion in my youthful literary travels.

I won't bore you with facts about Frank Belknap Long – although his story is an interesting one...

I won't even attempt to suggest you might read any of his extensive output as a writer – although it is pretty much all available...

Nor will I try to seduce you into discovering the bizarre world of the man who drew the cover art for The Dark Beasts or his many books – although they are certainly worth a look...

It is enough if I have mildly, briefly, stirred your curiosity –– as mine was stirred, standing outside a newsagent's shop, looking at one of those revolving book-stands, that day fifty-four years ago...
Posted by Brian Sibley at 11:05 0 comments

Today would have been the 98th birthday of my friend, that brilliant fantasy writer, Ray Bradbury...

Twelve days before his death in 2012, I had my last email from Ray – sent, like all his electronic communications via his daughter, 'Zee'. Ray had been in hospital and David and I had been through the huge upheaval of packing, storing and then (a year later) unstoring and unpacking our accumulated junk.

Thanks for your wonderful note; it's always great to hear from you.

Zee read your  email to me and I cannot believe what you and David
have to go through.  Of course now that you've had to dig through all
your treasures, perhaps we should get you two here to take care of
this out-of-control homestead of mine!!!!  I love this old house of
mine and even if I didn't, I think I'd be stuck here because there's
just so much stuff.

I'm glad to hear of your new book and I do hope you'll send me a copy
of it when it comes out.

As for the Folio edition of F451, I was quite pleased with the way it
turned out.

I think Zee told you that I had been in the hospital, but this old
Martian is doing fine, so don't you worry.

I send you and David much love, 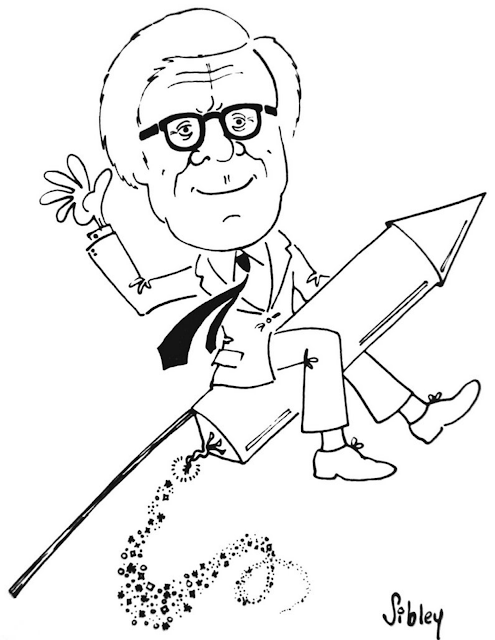