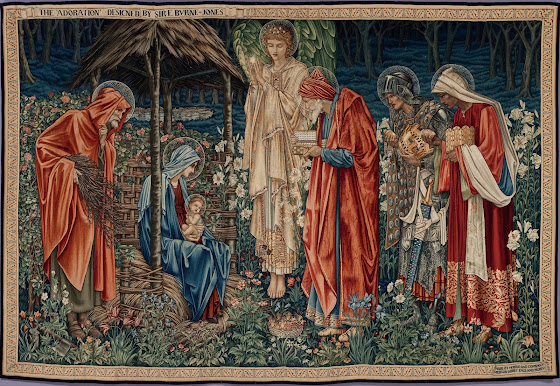 One of the inspirations for my book Joseph and the Three Gifts was this amazing image – 'The Adoration of the Magi' (sometimes called 'The Star of Bethlehem') – created by Edward Burne-Jones and rendered as a breathtakingly detailed tapestry by William Morris in 1890 to hang in the chapel of Exeter College, Oxford.

When, a few years back, this Pre-Raphaelite masterpiece was exhibited at Tate Britain, I spent a long time sitting in front of it, contemplating both its miraculous making and the ancient mysteries of which it speaks.

The focus of the tapestry is clearly Mary, dressed in eye-drawing blues and wine red and separated from the worshiping Magi by the ethereal presence of the floating, green-winged, star-nursing angel.

But what later caught my eye and riveted my questioning mind was the figure on the left of the image: an old man, slightly stooped, clutching a bundle kindling, gathered perhaps to build a fire to warm the mother and babe on a dark, cold night...

A woodcutter? No, the halo dictates his identity as Joseph, foster father to the Christ child. In the tangled foliage at his feel lies a small hatchet as if dropped in his astonishment – on returning from his fuel-gathering – as he beholds the scene of great nobles bowing before his wife and the baby who looks back at them with old, wise eyes.

What struck me was that Joseph was left out of the central action of the scene: was on the periphery of the tableau: an attendant, but minor, figure in the drama.

So began my slow discovery that, again and again, in images from great art to all manner of popular depictions – including nativity plays and Christmas cards – Joseph's fate is almost always on the fringes of an event of cataclysmic timelessness...

Some months later, in Venice, the story of Joseph and Three Gifts came to me and led to its eventual publication as a book and recent serialisation on BBC radio.

This Christmas, we received a card from some old friends featuring the Burne-Jones/Morris tapestry –– but in being necessarily truncated to fit the designated envelope-size, guess who got trimmed out of the picture? 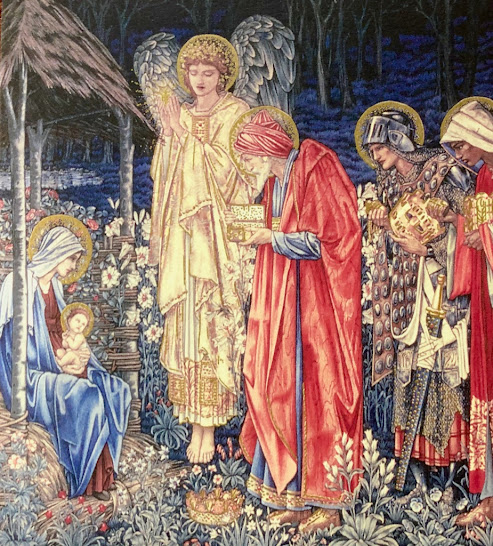 Not in this instance, obviously, but – just maybe – for a few readers and listeners I've helped put Joseph back where he belongs in this age-old tale that we love to tell and share year-on-year, century-after-century...

CLICK here to find the book of the radio series!

However pagan its origins, I have never lost (and I hope I shall never lose) my affection for the Christmas Tree: real or artificial it seems to me to be an enduring symbol of enduring life in midst of the bleak death of winter-tide. 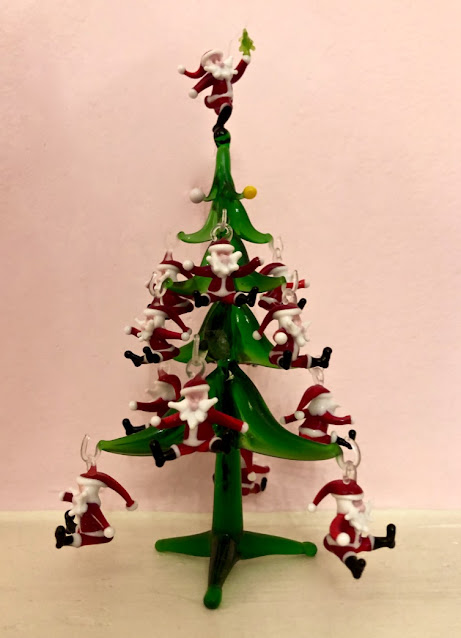 Until 2019, our Christmases were for many years celebrated in Venice where our Christmas tree was this small glass tree (hung with Father-Christmas-decorations) made by the skilled craftsman of F.G.B. di Bubacco Giorgio, a little shop occupying the bottom part of a former campanile in Campo Santa Maria del Giglio, just in front of our Venetian home-from-home, Hotel Ala. 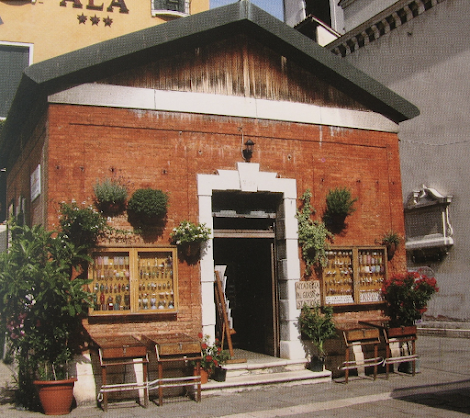 This year our little Santa-tree sits the alongside a Klimt Friendship Tree, made on the Venetian island of Murano, that was the last Christmas gift from a very dear Venetian friend who passed away a few months ago. 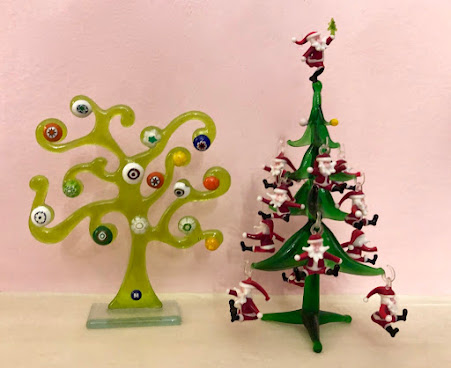 Knowing that Covid was going to keep us from our much-loved La Serenissima this December, we invested in a new artificial tree which decked out in baubles and other dangling odds and ends looks like this... 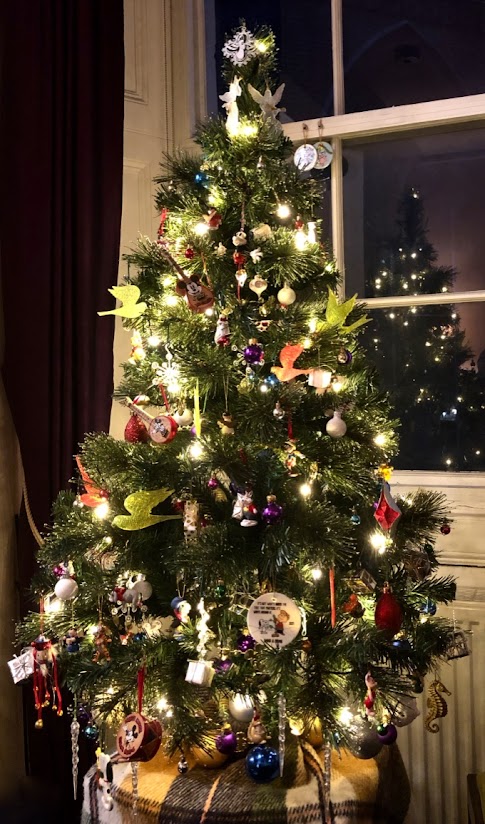 I am especially fond of a set of plastic birds that are now approaching 70-years-old and have been part of Sibley Christmases since I was a very small child. I think they came from F W Woolworth Company, now long-gone but once a popular fixture on pretty much every British high street.

I dare say, at the time, these birds cost no more than a few pence each, but as they 'fly' around the tree, catching the lights, they bring back so many memories of Christmases long gone: some happy, some sad; some wonderfully celebratory and others, truthfully, better forgotten and laid to rest... 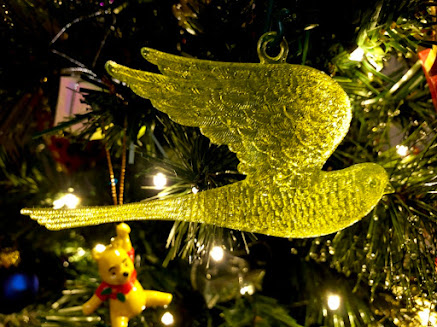 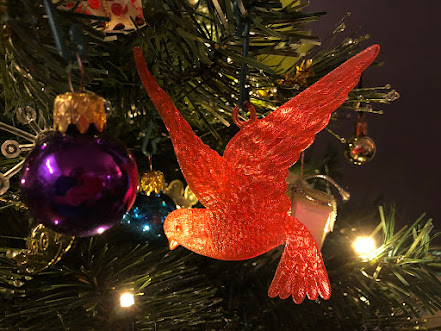 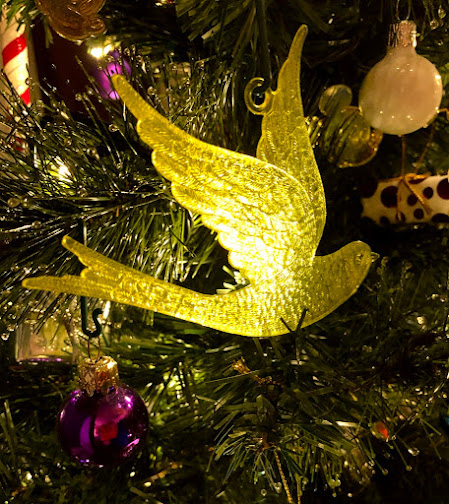 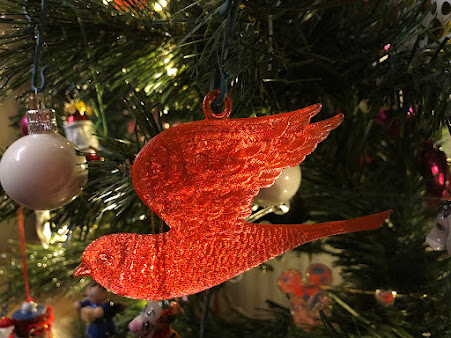 Every family Christmas tree is, I suppose, a totemic symbol: memorializing in the present, events from the past and carrying them softly, happily – occasionally regretfully, but always hopefully – towards the next new year; the next, as yet unwritten, pages of our future...

AWAY IN A MANGER 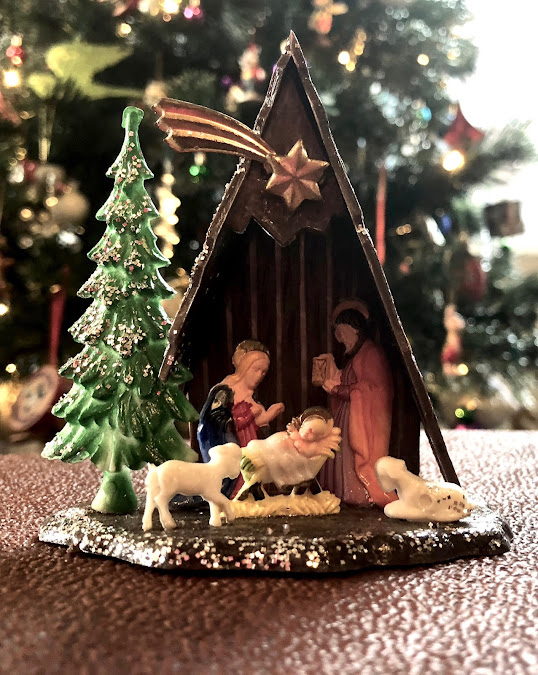 Dating from circa 1954, when I was about five years old, this was my first-ever concept of the Nativity.

It was – and still is – a cheap, naively designed, gaudily and crudely painted, and indiscriminately glitter-splattered plastic product of the type of Christmas decorations that were, at the time, ubiquitously 'Made in Hong Kong'.

However, to my young eyes, it seemed – and, oddly, still seems – a simply conceived and roughly presented icon that represents the uncomplicated, yet infinitely mysterious truth at the heart of the Christmas story.

There is the Stable, the Star, Mary, Joseph, the Baby and, for good measure, a newborn lamb or two.

And the tree? Well, possibly (though certainly beyond the imagination of my five-year-old self) a symbol, in its livid greenness, of life and growth; or, perhaps, a nod to the Old Gods of the Greenwood or to the Christmas tree of our modern Western era (the forest wildness tamed and brought into our homes to die as sacrifice to the season); or, again, if not too uncomfortable a concept, an evergreen foreshadowing of the harsh-grained Wood of the Cross...? 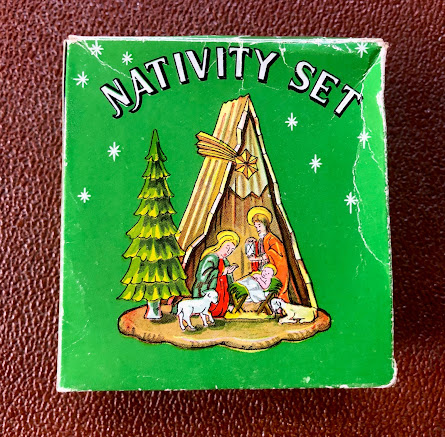 "I shall love it as long as I live!" cried Scrooge, patting it with his hand. "I scarcely ever looked at it before. What an honest expression it has in its face! It's a wonderful knocker!" 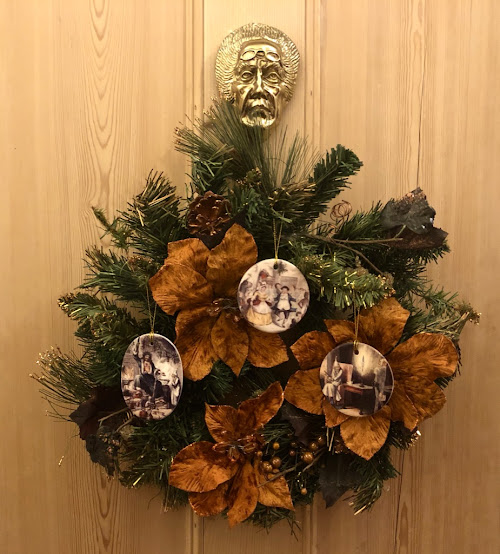