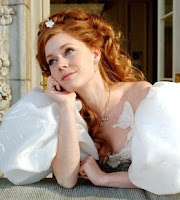 Writing about Enchanted the other day with its pastiche of Disney classics such as Snow White and the Seven Dwarfs, Cinderella and Sleeping Beauty reminded me that if the Disney Studio's latest foray into faeryland might have caused Uncle Walt to raise a quizzical - even, possibly, a disapproving - eyebrow, then there are, hidden away in various nooks and crannies on the net, dozens of examples of subverted Disney imagery that would most certainly have the Boss of the Mouse Factory spinning in his grave...

For example the Princess Aurora in Sleeping Beauty may not actually have been sleeping at all - but merely been unavoidably tied up!

Or indulging some other extreme fantasy... 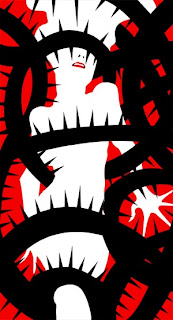 ...which could explain why her gallant Prince Philip was off in search of a somewhat more gay life-style... 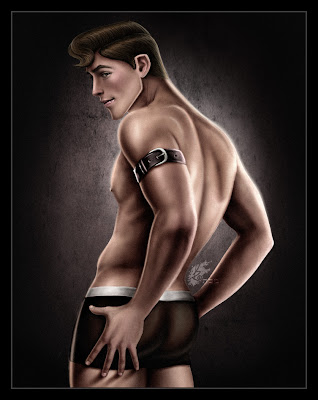 As for Maleficent, the villainess in Sleeping Beauty, and her equally bad sister the Wicked Queen in Snow White, they wouldn't have had time for evil spells being far too busy entering the local down-town Joan-Crawford-Look-Alike Contest... 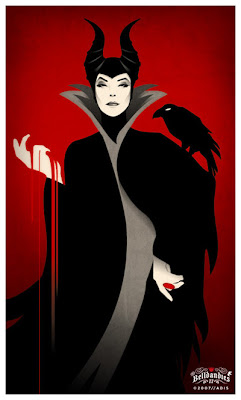 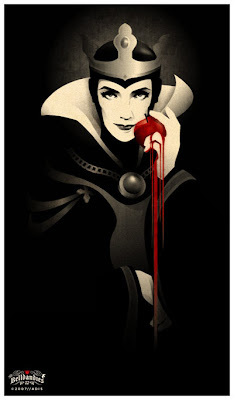 While, clearly, Snow White and Cinderella were no better than they should have been... 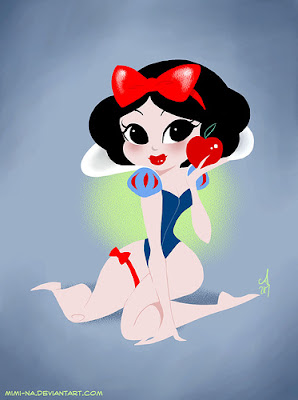 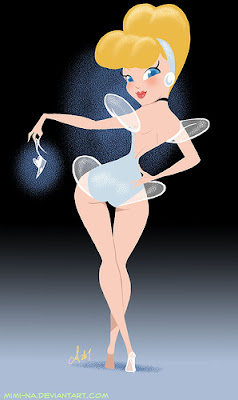 ...and Roger and Jessica Rabbit were busy putting the wonder back into wonderland... 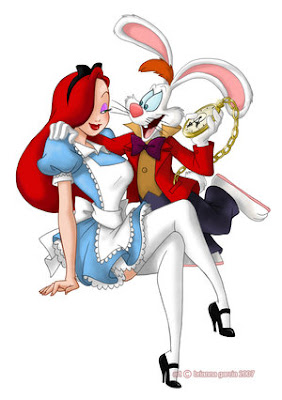 The fact is, the Disney Family simply isn't quite how we remember it... 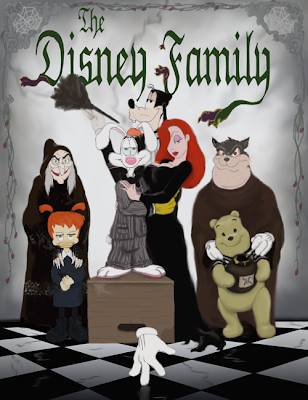 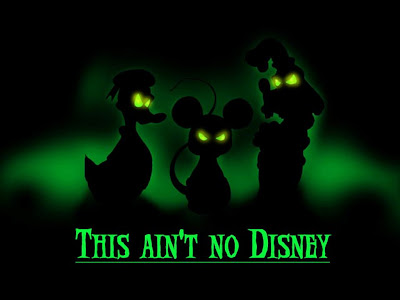 Well you've ruined all those nice cartoons for me now with such lewd suggestions.I shall never watch them in the same light again.Nice to see a man in underpants back on this site again though. It's been far too long...

I thought they were quite short...

Yes, we haven't had a good briefing for ages and I thought the other cartoons were fun too - though not for a young audience.

Sorry Mister S., but I am agree with boll and lisah.

But, of course, after all is something.... educational, know something about this other versions........

Oh, I do love the gentle-sounding harsh judgement implied in the phrase "no better than s/he should be".

I always had my suspicions about Snow White. And that was even before reading the marvellous Neil Gaiman's take on that character.

Judgemental? Me?? Of a girl who runs away from her loving stepmother to live in a woodland commune with seven miners? Preposterous!