DRAWN TO THE RINGS

It had to be done, and it had it be done immediately!

It was 1981 and I had just heard that the BBC radio serialisation of The Lord of the Rings that I had just completed co-adapting was to be featured on the front cover of The Radio Times.

The artist chosen for the task was to be the great – the legendary – Eric Fraser, whose work is currently the subject of a major selling exhibition at Chris Beetles Gallery.

As I mentioned when talking about the Beetles exhibition, having a dad who had worked in commercial art meant that I had long been aware of Fraser's stunning illustrations that, for years, had been among the finest graphic work decorating the covers and programme pages of The Radio Times.

Also, Fraser was already an experienced chronicler of Middle-earth history: in 1977 he had redrawn for publication by the Folio Society, chapter-header decorations to The Lord of the Rings designed by the then Crown Princess Margrethe (now Queen Margrethe II) of Denmark... 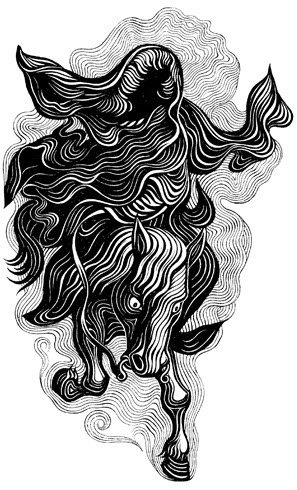 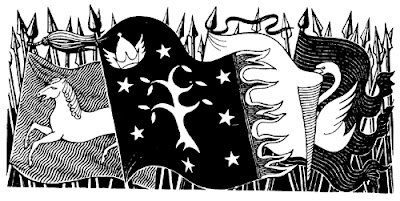 And, two years later, in 1979, Fraser had illustrated The Hobbit as a companion volume for the Folio Society... 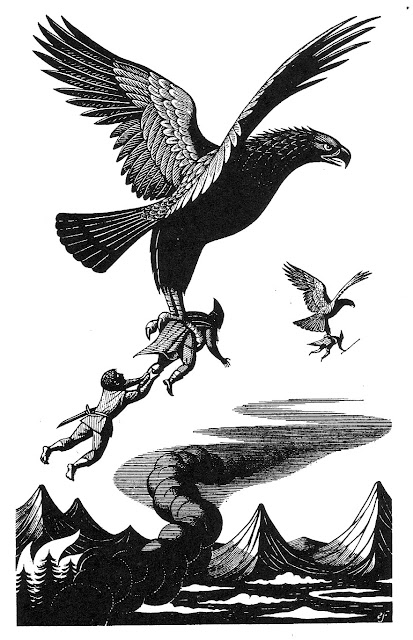 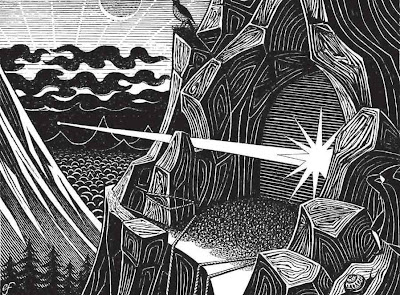 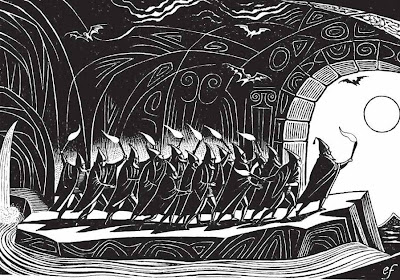 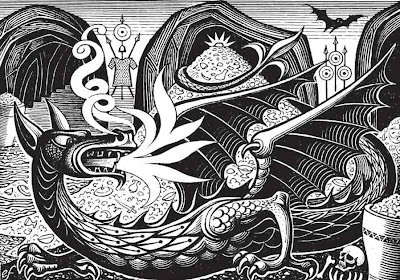 SO... I knew that I simply had to own that forthcoming Radio Times cover art!

I wrote to Eric Fraser, care of the magazine's art editor, and back came a courteous reply from the artist telling me that he had not yet drawn the cover and perhaps I ought to wait until I saw the finished work before deciding whether or not I wanted to buy it.

However, I wasn't risking anyone else getting their hands on that cover – whatever it looked like! I wrote again, saying that I was prepared to buy it sight unseen. Another polite, but slightly incredulous letter from Fraser, said that – 'if I was quite sure' – it would cost 40 guineas. I duly gulped (40gns in 1981 was more than it sounds today!) and – telling myself that it could only increase in value – dashed off the cheque and waited for the 7 March 1981 issue of The Radio Times to appear...

Eventually, one morning, it dropped through the letterbox... 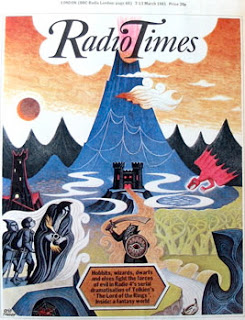 My perspicacity was rewarded: the moment it was published, the artist was inundated by requests to purchase the cover – from Tolkien fans and a slew of BBC personnel from the series' producer, via the Head of Radio Drama and the Controller of BBC Radio 4 up to the Director General! There were some very grumpy people as a result of Sibley having had the wit and persistence to approach the artist before he had even picked up his pen!

Eric Fraser also drew 26 decorations for the Sunday Radio 4 programme page for each of the original weekly broadcasts, although some never appeared due to industrial action...

Sadly, I didn't have the money to buy any of these additional Frasers, but I content myself that I had managed to acquire an iconic cover (his penultimate for The Radio Times), drawn two years before his death in 1983 and an image indelibly associated with the radio series – especially as it appeared on posters and record sleeves... 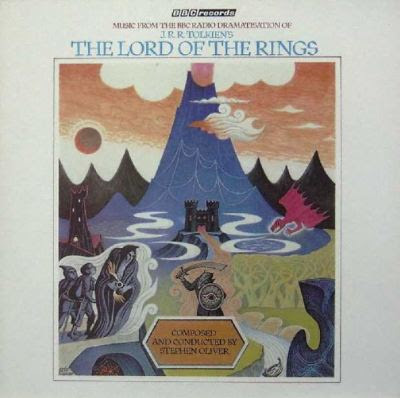 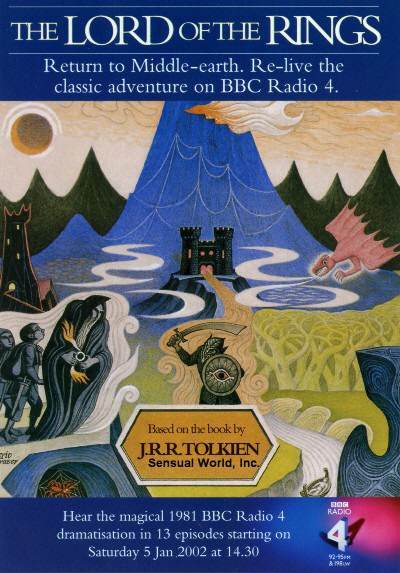 This major retrospective exhibition features over 300 works at a range of prices. 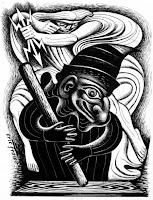 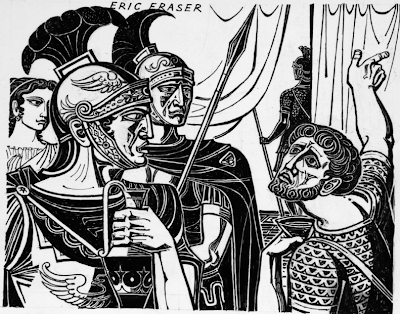 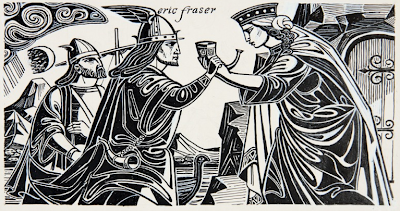 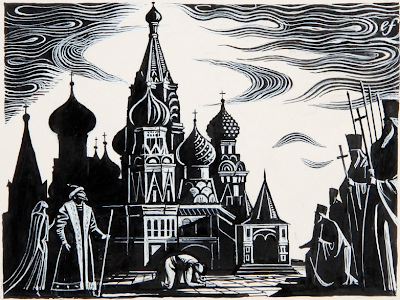 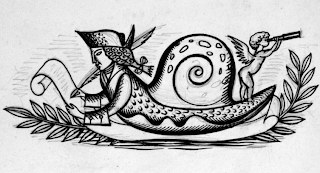 Another fascinating Fraser article! I was unaware he had illustrated Tolkien's works before the LotR radio serial.

1981's 40 guineas comes to at least £135 at today's prices, but Fraser's cover is worth immeasurably more now!

I proudly possess some of the 2002 (and 1987 repeat) postcards - and a 1981 A2 poster of Fraser's cover, with serial details on the rear, signed by some of the cast (a generous gift from serial director Jane Morgan). Also not for sale...

Great blog Brian - and great vision from you.

I shouldn't imagine you'll be selling it on Ebay any time soon!

JK: Not sure if you knew this, James, but the blurb on the back of that poster was penned by Yours Truly. The Beeb said they couldn't afford to pay me anything for doing the job and then sold a zillion of them! A sharp learning curve!

Andrew wrote: "Thank you....Incredible pictures. I own the poster from the BBC LOTR radio shows a prized possession! Listening to the shows again now....brilliant!"

Kevin wrote: "I LOVE THE STYLE!"

These are amazing! Money well spent.
It's a shame I am not in London during this time.

A question. Are these works engravings?

dragonladych – Actually, the monetary value is of far less importance that the value of the piece as a reminder of one of the most significant pieces of work in my career ––– one, in fact, that I can never hope to match and which, if I am permitted an obituary when I go, will be the justification for however column-inches I'm allocated!

Eudora – Excellent question! And, amazingly, the answer is 'No'! They do, absolutely, look like wood- (or, in the case, of the most intricate, steel-) engravings, but they are all executed in pen and ink!

My, I didn't know people still priced in "guineas" in 1981, a decade after the old money was decimalised out of existence.