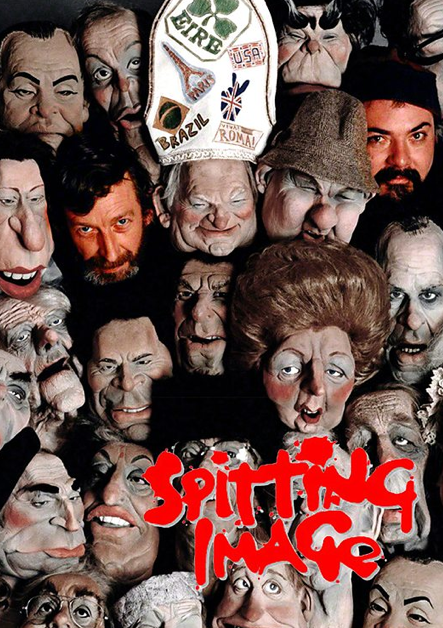 Tricky to say for the unwary, the names of Luck and Flaw were once the enfants terribles of British TV shocking, outraging, horrifying and, let's admit it, delighting the nation with their Spitting Image shows, in which scarily life-like celebrity puppets with uncannily sound-alike voices were seen generally behaving badly and taking the p*** out of royalty, politics and popular culture.

The latex caricatures by Roger Law and Peter Fluck (seen left among some of their early creations) soon became a beloved (and in certain quarters loathed and feared) institution that combined the knock-about politically incorrect humour of the Punch and Judy show with a three-dimensional realisation of the kind of savage satire and vitriolic humour popular with the British across several centuries of political cartoonists and social lampoonery from Gilray, Rowlandson and Hogarth to Ralph Steadman and Gerald Scarfe.

To celebrate three decades of Luck and Flaw's irreverent partnership, The Cartoon Museum has an superb new exhibition –– Spitting Image: From Start to Finish... 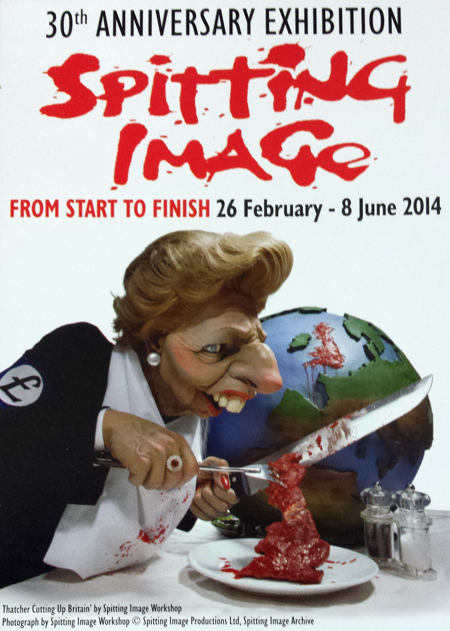 On show are cartoons, puppets and the superb models that Luck and Flaw created for many leading magazines and journals at the time and featuring Her Maj... 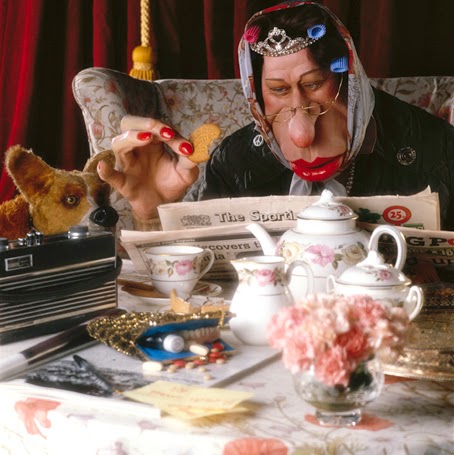 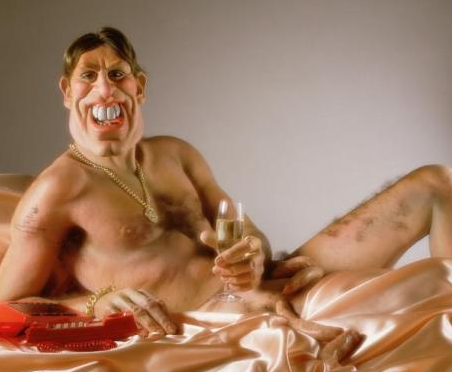 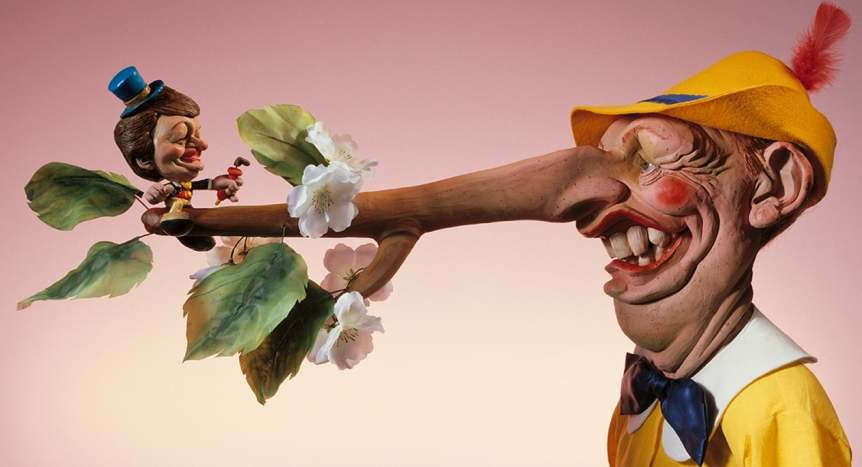 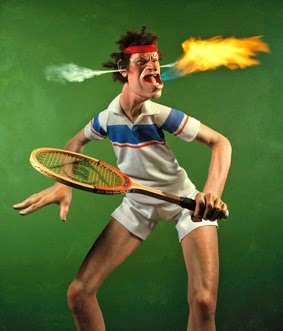 US President Reagan and Nancy... 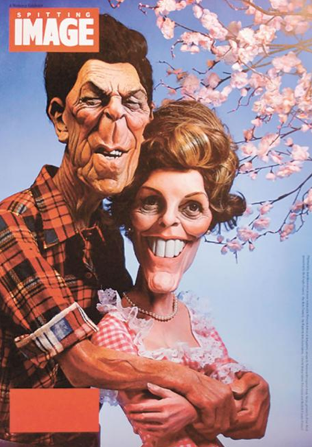 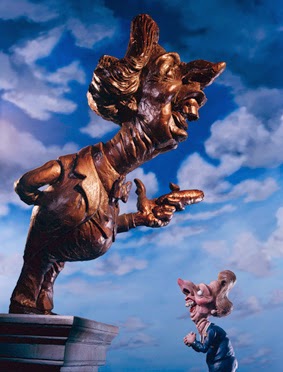 Here's a reminder of what she was like in action – twice over!!


And here, at the opening of the Cartoon Museum exhibition is Steve Nallon who loaned his voice to Mrs T and others...

Also on show is art from Luck and Flaw's amazingly illustrated editions of Treasure Island and A Christmas Carol... 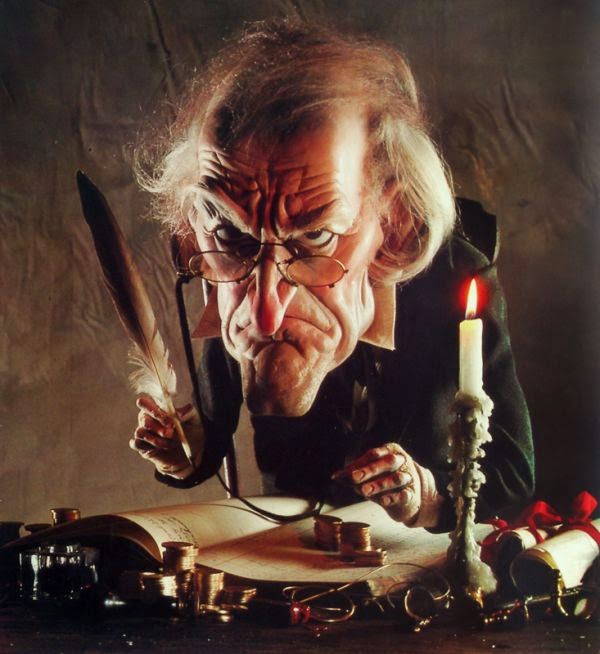 And numerous examples of Spitting Image souvenirs that back in the '80s no British home was complete without! 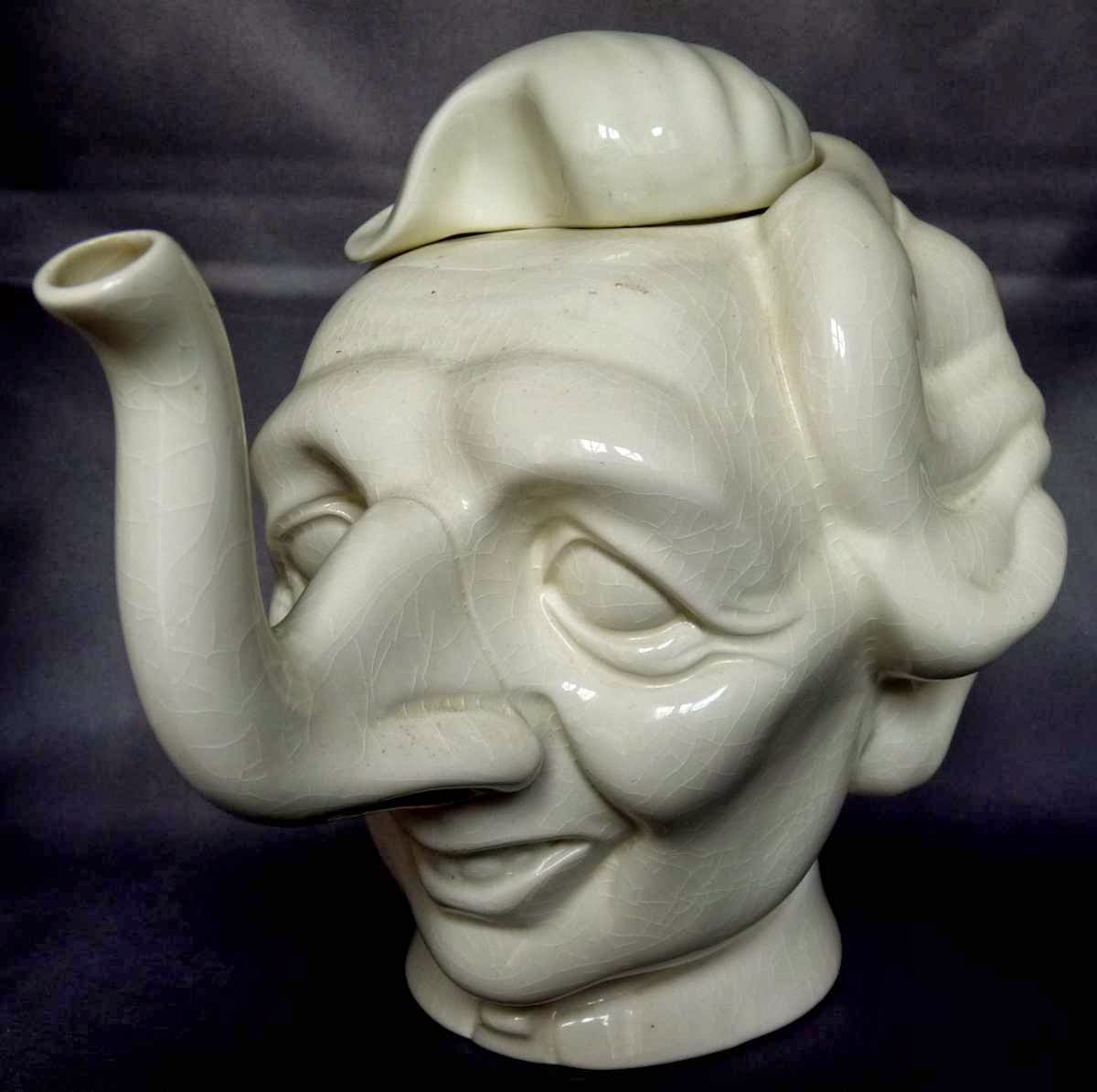 Spitting Image:
From Start to Finnish continues until
8 June 2014 at...

WARNING: Don't miss this great exhibition –– if you do, SHE will know! 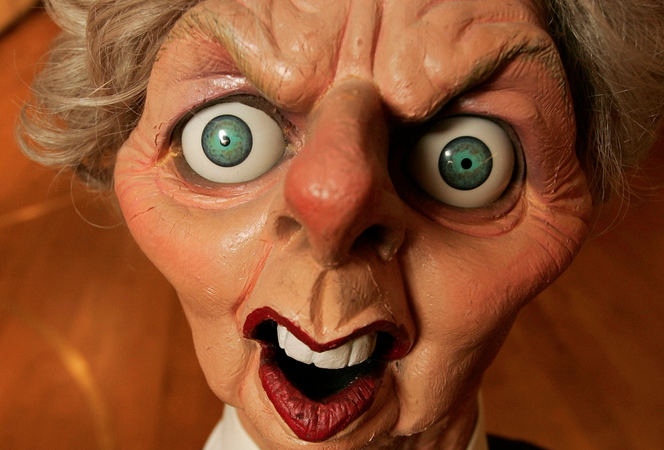