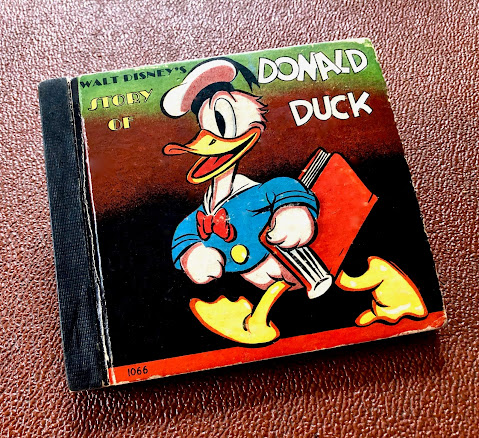 In 1982, on my very first visit to the Walt Disney Studio in Burbank, California, I was wandering round the Archives in a state of bleary-eyed wonderment, when I suddenly heard an outburst of spluttering and squawking and turned to find myself face to face – or, perhaps I should say, nose to beak – with Clarence Nash (1904-1985): the man responsible for the impenetrable vocal tirades of Donald Duck!

'Ducky' Nash, as he was always referred to, was a delightfully wacky character and – after fifty years in the role – thought nothing of holding a conversation with you in 'duckese'! 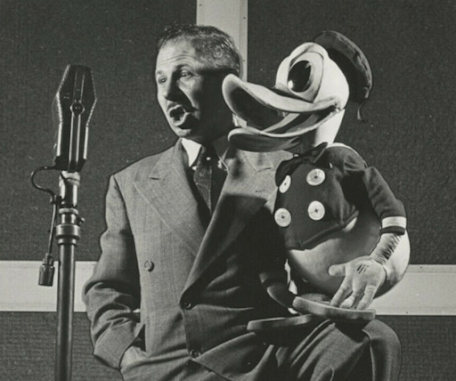 Wanting a memento of such an unexpected encounter, I asked him to sign a Donald comic book that happened to be in my bag, but the 'busy' cover design didn't leave much space for anything other than a rather cramped inscription. Subsequently, through the good offices of the then Archivist, the late David R Smith, I succeeded in getting this 1938 vintage Donald book inscribed ––– by both man and bird! 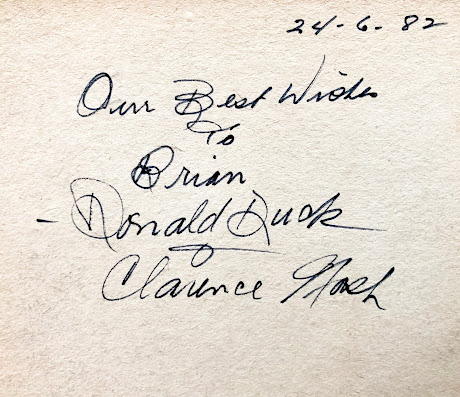