Last autumn, the BBC announced that it was launching an annual Audio Awards ceremony and the short-listed nominees for the first of these events have just been announced. 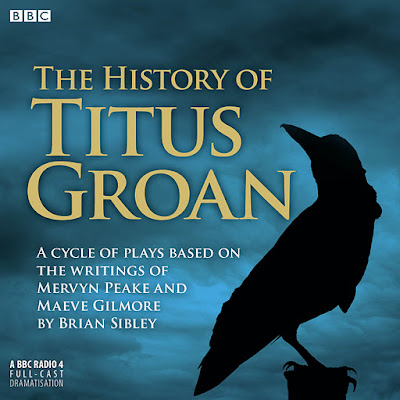 I am thrilled to find that The History of Titus Groan, my six-part serialisation of the novels of Mervyn Peake has been nominated in three categories:

Best Use of Sound in an Audio Drama for Producers David Hunter, Gemma Jenkins and Jeremy Mortimer

Best Adaptation for Me!


The winners will be announced at a ceremony in the BBC Radio Theatre at Broadcasting House on Sunday 29 January, when the awards will be presented by David Tennant.

The competition in all three categories is very strong, but, whatever the outcome, it is very satisfying indeed to have had a piece of my work nominated - and the only one in the competition to have receive three nominations.

I'm also delighted that it led to my stumbling on the following review by Bella Todd from Time Out, which I missed when it first appeared:

Dark, angular and haunting, the portraits Mervyn Peake sketched for his Gormenghast series were integral to the evocation of a fantasy kingdom hewn from stone. And they’re given a presence in Brian Sibley’s star-studded BBC radio dramatisation of all four books The History of Titus Groan. In an idea borrowed from Titus Awakes, the recently discovered ‘final novel’ written from fragments of a draft by Peake’s widow Maeve Gilmore, this epic radio play is framed by a meeting between the hero, Titus Groan (Luke Treadaway), reluctant Earl of Gormenghast, and ‘The Artist’ (a world-weary David Warner). He welcomes his protagonist into a canvas-filled studio and describes drawing as ‘a way of holding back some fleeting, line, rhythm, mood or shape from the blink of oblivion’. Moving and sensual as well as funny and grotesque, this is perfect listening for Peake’s centenary year.

All six hours of The History of Titus Groan can be downloaded here – and for just £7.86! 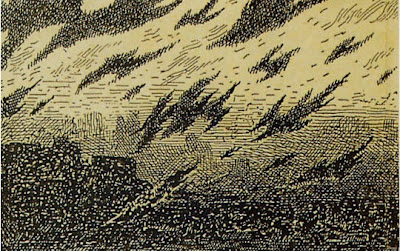 CONGRATULATIONS ON BEING NOMINATED! IT'S RICHLY DESERVED, OF COURSE - AND OUGHT TO LEAD TO INVITATIONS FOR MORE ADAPTATIONS. HOPEFULLY IT WILL DO.

I'LL BE KEEPING MY FINGERS CROSSED FOR THE 29TH.

No false modesty Mr B.Just win it ! They should be made to acknowledge what we all knew here as soon as it came out. It's classic radio.
FORMO The ledgendary statistician and bookie in the entrance lobby of the radio awards ceremony.

Congratulations on the nominations! I shall eagerly await the result.

Brian - wonderful news! The quality and inteligence in all your work speaks for itself!
Good luck!
Michael G.

Congratulations on the nomination. It is really well deserved.

The History of Titus Groan was an absolutely wonderful piece of radio drama that I listened to again and again. As I said before those final moments always bring tears to my eyes.

I hope that you not only take home the award but, as Sharon said, it opens the door to many more of your sterling adaptations.

Well, done, Brian! Will you be going for the full Kate Winslet in your acceptance speech?
Roger
PANDNESS: Looking like a panda (Cf Ed Milliband)

This is excellent news, we will all be awaiting eagerly!

Congratulations on your nomination, fingers crossed for the result!

Having served on judging panels for radio awards in the past, I know all too well that nothing is guaranteed and that, with three nominees in each category, two people are, inevitably, going to be disappointed! So ––– I am quietly relishing the nomination while, simultaneously, preparing for disappointment!

PS (to Nyx): Since the Sony Awards abandoned adaptations years ago, I, was similarly delighted that these new Audio Awards would be acknowledging the adapter's craft: not just because I might receive a nomination (honest!), but because they have always provided so much good – and varied radio listening – that I think they have earned the right to category status!

Congratulations! Very pleased for you.

How could Titus NOT win? The series was one of the few drama series/serials to have been a genuine radio event in the last few years. Good luck!

Congratulations Brian! I must try to see if I can find BBC Radio on my new sound system!

@Angpang, Phil and Suzanne – Thank you!

In answer to Phil's question: nothing should be taken for granted when it comes to awards - as the litany of Oscar miss-outs shows all too well! :)

Congratulations indeed. Whatever the judges decide, I'm sure that you would have had Mervyn's vote. Best wishes in this as in everything. (RGP)

If the awards show is broadcast on BBC radio on the 29th, those of us outside the UK will be able to listen via our computers, on http://www.bbc.co.uk/radio/

So please let us know time of broadcast and which BBC station it will be on, if you will, Brian. Or, since you are a Nominee, perhaps I should be properly respectful and address you as "Mr. Sibley."

HYRIERAD: an odd woodland/mountain creature, a cross between a hyrax and a dryad. Very rare.

Shout-out for you (and Titus Groan) now posted on my new blog, By Word of Beth.

And the Winner is...

Hearty Congratulations, Brian - am over the moon for you. And you certainly deserve the Award.

Hope that you and David don't have too bad a hangover in the morning!

No hangovers! We didn't dare drink too much: back to packing and writing today... :)