THAT'S THE WAY TO DO IT!

My first career ambition – when I was six years old – was to be a Punch and Judy Man.

Every year, for several years, we holidayed at the Kentish seaside resort of Broadstairs and, in 1955, I had a unforgettable experience. My obsession with P&J ensured that – day in, day out –  I'd be there watching the show on Broadstairs sands. I saw it so many times that, eventually, I knew the politically incorrect dialogue and knock-about action by heart: Mr Punch laying about him with his slap-stick, clobbering poor Judy, the hapless Baby, the Clown and the Policeman; the crocodile stealing the sausages and Mr P's final rendezvous with the Hangman...

One day, the Punch & Judy Man (or 'Professor' as they are known in the business), having noticed my daily attendance, called me over and asked why I kept coming to see the show. I told him how much I loved puppets and how I thought I might, one day, like to follow him into the profession.

Being a naturally garrulous child I also told him that it was going to be my birthday in a few days time – 14 July – when I would be six!  In response, he made me the most wonderful offer: as a birthday treat, I could join him in the booth and help with the show! Today, no one would dream of suggesting a child should be closeted in a little, dark tent with a stranger, but those were more innocent times. 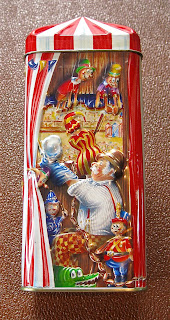 The birthday eventually rolled around and I was beside myself with excitement as the Professor held back the flap of the tent and I went inside.

Throughout the show, I had the hugely responsible task of taking the puppets as they finished their scene and handing him the characters for the next scene...

Decades passed and, one summer, David and I drove down to Broadstairs for a day-trip. I hadn't been there for years and I was repeatedly overwhelmed by waves of nostalgia and the memories of seemingly endless sunny days that, again and again, came flooding back.

Stopping to buy a postcard to send to my parents to remind them of those happy holidays we shared, I spotted this book... 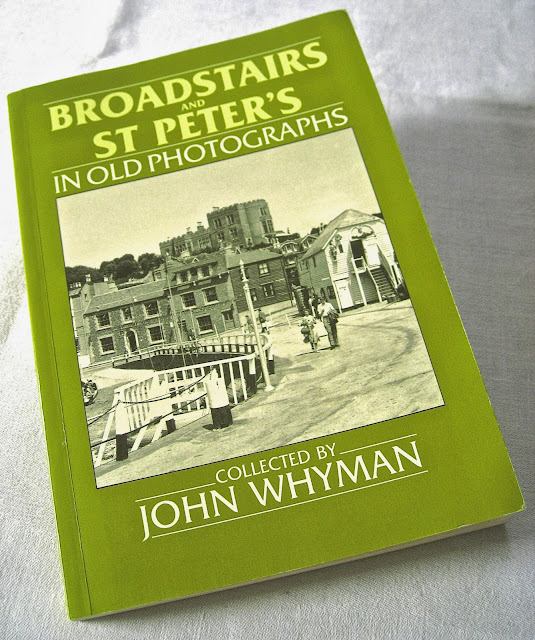 Thinking it would be the perfect reminder of days gone by, I picked it up and began leafing through the pages of black-and-white images, only to be pulled up short by this one... 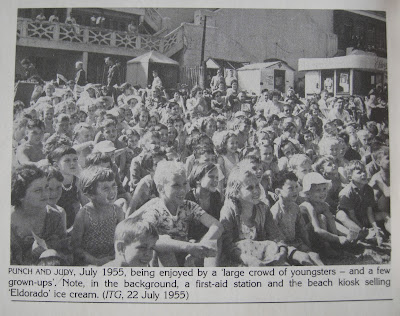 I was on holiday in Broadstairs in that very month, that actual year...

Goodness! I might so easily be somewhere in that crowd...

I examined the photo closer and, suddenly, there I was!

And there I still am: in the midst of the throng, the young Brian Sibley – aspiring Punch & Judy Professor – watching with rapt attention and laughing with delight!

The years fell away as I unexpectedly encountered my former self and, for a minute or two, I was six once more!

Ah, well, too late now, I guess, to start up in a new profession..

Hello Brian I'm also a big Punch and Judy fan ( and have a big collection of "Punchiana" from ephemera to toys ceramics and metalware! ) and I love seeing those superb grotesque papier-mâché headed puppets! Although we've known each other for a very long time ( well over 25 years ! ) I never realised that you were a fellow aficionado!

What a delightful story! You've certainly given me a smile to start my Saturday with. How amazing that the photo was from the year you were there, and that you actually found your young self in the throng! Serendipity is a wondrous thing.

Lovely incredible story! How fun to find yourself there after all this time! :)

What a lovely blog, Brian - thanks for sharing your memories with us.

I was trying to think of a punch line, but I'm stuck!

Wow! I got goosebumps reading this! What a wonderful find!

Glad you all enjoyed this reminiscence...