BRADBURY AT THE BEEB: 'THE NEXT IN LINE' 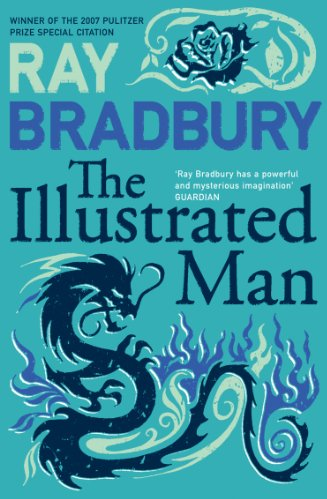 A week today (Saturday 14 June) BBC Radio 4 will be broadcasting my dramatisation of the Ray Bradbury classic, The Illustrated Man: a fantastical collection of short stories that come to life on the skin of a mysterious and extravagantly tattooed man.

This sixty-minute drama will be my eighth foray into adapting the work of one of America's greatest imaginative writers, whose books I have loved since the days of my youth and who, for almost forty years, I had the privilege and pleasure of calling a friend. We are pictured below, in 1995, during one of my visits to Ray's Los Angeles home. 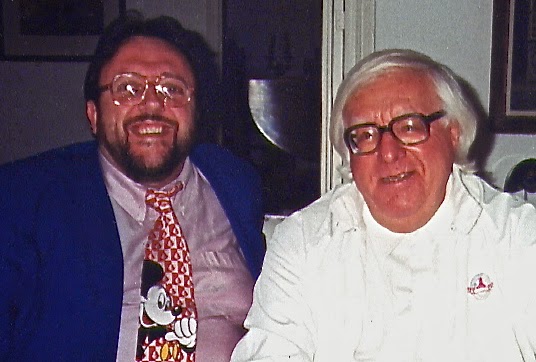 As a prelude to The Illustrated Man, I shall be giving Sibley Blog-readers an opportunity to hear my earlier excursions into the unique and extraordinary imagination of Ray Bradbury, beginning, today, with 'The Next in Line', an episode of the BBC's famous late-night radio series of terror tales, Fear on Four.

First broadcast on BBC Radio 4 on 31 December 1992, 'The Next in Line' starred Peter Marinker and Carole Boyd (best-known to fans of the BBC's long-running radio 'soap', The Archers, as Lynda Snell) with Trader Faulkner and Sandra Dickinson.

The play was directed by Martin Jenkins (whose daughter, Gemma Jenkins directs the forthcoming production of The Illustrated Man) and, like all Fear on Four stories, it is introduced by The Man in Black, Edward de Souza.

'Night Call Collect' was my first encounter with Ray. I read it whilst still at school under its English title 'I Mars'. Later, you mentioned, when you were first dramatising the series, that you were considering Kerry Shale for the lead role. I was pleased at that as I'd heard him in The Pat Hobby stories and knew how versatile he was. Sure enough, he delivered. I hope everyone who hasn't caught this yet can enjoy it as much as I did.