This post is for all you aficionados of the BBC 1981 radio serialisation of The Lord of the Rings who have been following my six-monthly Blog and Facebook journey across the original twenty-six weekly episodes as they were first broadcast on Sundays from 8 March to 30 August, forty years ago.

Here, all in one place, is the complete set of Eric Fraser's black-and-white illustrations made to accompany the credits to the weekly episodes in the BBC's listings magazine, Radio Times.

All images, except that for the second episode ('The Shadow of the Past'), are reproduced from Fraser's original art now in my collection; in this one instance, the image used was scanned from its printed reproduction in Radio Times. (I would, incidentally, be grateful for any information about the ownership of this 'missing' piece!)

The three images made for episodes 15-17 ('The Voice of Saruman', 'The Black Gate is Closed' and 'The Window on the West') are published on this blog for the very first time since, during that three week period, there was an industrial dispute at the print-works responsible for producing Radio Times and the magazine was issued only in an slimmed-down emergency format with few, if any, illustrations. The additional image at the top of this post was a generic design Fraser made featuring Gandalf, Frodo and Sam which was used on the BBC souvenir poster for the series and, subsequently, as a decoration for the box containing the cassette-tape release of the recordings.

4. Trouble at the Prancing Pony

5. The Knife in the Dark

6. The Council of Elrond

7. The Fellowship of the Ring

8. The Mines of Moria

9. The Mirror of Galadriel

10. The Breaking of the Fellowship 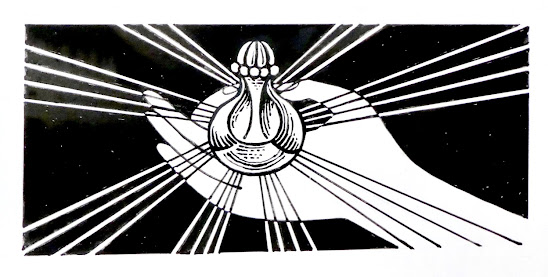 13. The King of the Golden Hall

15. The Voice of Saruman

16. The Black Gate is Closed

21. The Battle of Pelennor Fields

22. The Houses of Healing