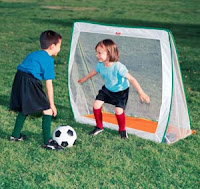 Twice in one week! Ridiculous! First I am blog-tagged by Mike Crowl’s Roving Report to list a few Simple Things That Might Make Me Successful If I Kept to Them! Then, a few days later, Ridley Walker at News Sluice tags me to name my Five Goals.

Once I’d realized that the latter didn’t mean Gazza’s free kick scored for Spurs against Arsenal in the first FA Cup semi-final to be played at Wembley in 1991 (OK, so I looked it up on Google!), it dawned on me that the overlap between these ‘memes’ was such that I could get away with a compound answer!

LOSE WEIGHT: I’ve done it before and very successfully, but a long time ago when I was less prone to pain and depression and generally younger, fitter - and, er, more successful!

So, I know what to do and how to do it; but, like all really simple things, it is HARD!

LOSE FEARS: The sands in the hourglass are running down and I’d be a lot happier for whatever time I’ve got left if I could only stop worrying about (a) what’s gone and can’t be undone; (b) what’s lost and can’t be recovered; and (c) what’s coming and can’t be avoided!

BE MORE PROACTIVE: I need to strike while the iron's hot and seize the bull by the horns and worry a lot less about the dangers of getting burned or gored.

‘“Did you make that song up?” [asked Rabbit.] “Well, I sort of made it up,” said Pooh. “It isn’t Brain,” he went on humbly, “because You Know Why, Rabbit; but comes to me sometimes.” “Ah!” said Rabbit, who never let things come to him, but always went and fetched them.’

I really should be more of a Rabbit and less of a Pooh.

BE MORE PLEASED: Not smug, haughty or peacock-proud; but just quietly pleased with the little things I’ve achieved; the many friends I’ve made (and kept); the love I’ve given and (in far greater measure) have received; and the small, simple, un-earth-shattering pleasures I’ve been permitted to enjoy.

And remember, as Thomas Carlyle once observed, "A man without a goal is like a ship without a rudder..."

Labels: A A Milne, meme, Winnie-the-Pooh

OK, so I've been tagged... As I'm completely out of it since I got back from my holiday, I need a bit of a reminder as to what the devil I'm supposed to do about that?!!!

Clearly not in optimistic mood at the present Brian. Sorry to read that. I look at the glass differently. To the optimist it's half full; to the pessimist it's half empty - but to the realist? He doesn't care how the glass is described. He just focuses on what's in it and if he likes it, he drinks it! (Oh - and what does the accountancy trained observer think? He notes that the glass is twice as big as it needs to be!)

When you're in a better 'place' let's co-author: How to fill your half empty glass.

MARK - "Clearly not in optimistic mood at the present, Brian." Like my whole lifetime, Mark!!

Should have tagged YOU for your 'Five Goals', I'm sure they'd have been a good antidote to my enduring Eeyorism...

Still, your comments about the contents of that glass provide an interesting perspective... Thank you...

I agree with Mark: the glass is neither half full nor half empty - it's just not the right size.

That's an interestingly interwoven set of goals, Brian. And I'm sure there's at least two Stephen Covey items in there. (I think re-reading and acting upon the contents of "The Seven Habits of Highly Effective People" should probably be one of my goals.)

Good that you responded, Brian, and a worthwhile set of goals. I think a lot of writers are Eeyores; I've been told I'm one too, and I threw the idea away in annoyance at the time, but there is an element of it there. Without it, however, we wouldn't be the people we are, and obviously there are plenty of people who like us all the same!