A TAG OF NO IMPORTANCE

The only downside is that there's a rule that you then have to tag six other people. However, since these tags are of no real importance, they can probably be safely disregarded. I suppose...

1)
I played Hitler in an end-of-term school revue. I got the part because (a) I was good at art and (b) I wrote and directed the revue.

2)
When I was eight I won a Windsor & Newton paint box as a runner up in a Kellogg's poster-painting competition. My design showed a packet of Corn Flakes balanced on the top of an Indian Rope Trick, levitated by fakir in a turban: politically incorrect, but a indication of an early interest in magic. 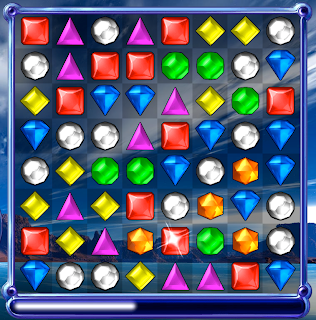 ...but I've never even approached that score since let alone equalled it, so goodness knows how much coffee I'd had that day!

4)
In my first job, I spent six weeks locked in the basement of Bromley Town Hall (for security reasons) drawing up an inventory of the supplies then held by Civil Defence (since disbanded) against the eventuality of a nuclear disaster. It was scary partly because there were a lot of cockroaches in that basement and because there were 8000 knives but only 7,984 forks. However, they did have 351 soup tureens although at least two of the lids were badly cracked...

5)
During a visit to Disneyland, I was twice asked for my autograph under the misapprehension that I was Francis Ford Coppola. The second time I obliged...

6)
My first pet was a fly called Fred.

I wrote about Fred on this blog three years ago, so it could well be time for a reprint... 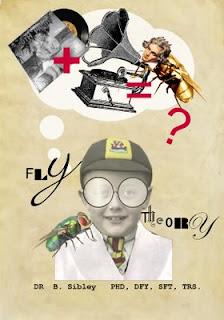 My first pet was Fred the fly. Later we had a hamster called Hamlet (because he was sort of blonde coloured) but Fred came first.

Fred moved in at the end of autumn and stayed more or less until the beginning of spring, although as my dad says, to be truthful we never actually saw the going of him.

Being a housefly, Fred was already completely house-trained and never did any of those rather disgusting things that The Children’s Encyclopedia said flies do - or, if he did, we didn’t ever see him doing them.

Fred was a very intelligent fly and always sat on one corner of the TV screen watching everything from nature programmes like Tales of the Riverbank to Dr Who (mainly when they were fighting insect-type aliens), though my mum always said he would damage his eyes by sitting that close.

He also showed good taste when it came to music and would sit very still on the arm of our gramophone player for the whole side of a long-playing record. Fred's favourites were ‘The 1812 Overture’ (with live canons) and the soundtrack from South Pacific and my dad said he was probably the reincarnation of Beethoven, but we couldn’t test this out, as we didn’t have any Beethoven records.

When I grow up and can afford to buy a few more records, I’d like to have another fly and carry out some experiments to see if all dead composers become flies in the end.

1) The day after I got a new trench coat for school, the boy nextdoor poured blue paint over it.

2) I wrote a Z Cars script, called 'Criminals by the Dozen' when I was 10 and it was performed at my school.

3) I was awarded a Certificate for 'Leaving the greatest mark on my opponents', in a Girls' Football Match at a youth club hosteling weekend, in the Lake District. My opponents were mainly wearing sandshoes, whilst I had on my hiking boots.

4) I got spooked by a huge spider in my bedroom whilst doing some cramming for my Latin 'O' Level that morning. I failed.

5) I represented Strathclyde University at the 1971 Scottish Universities Rifle Shooting Championships. They needed four ladies for the team... and there were four of us in the Club.

6) I was in the crowd at Hampden Park along with 136,504 other fans when Celtic beat Leeds United in a European Cup semi final in 1970. It was a record crowd for a European match. And I got to throw the ball back to Celtic player, David Hay during the game.

Sorry Brian, but my blog will be close next Monday, for different reasons.

But here are my 6 things of no real importance.

1.- I imitated Chaplin in a competition in the institute. I won. Only two groups of pupils appeared, and my competitors did not imitate really anybody.

2º.- I preserve the first drawing that I did with six years in the school, with painting for fingers. I painted the watchtower of the XVI th that is in the place in which I spend the summer.

4º.- I do not like the pink clothes pink. I have only a pink article: a fulard.

5º.- In spite of discovering one day the kings' gifts under the bed of my parents, at the age of 10, I continued believing a couple of days more than the Magi they existed. (In Xmas, the Magi in Spain are the competitors of Santa Klaus)

6º.- I have some priests as friends, but I am not a religious person, I don`t go to the church, I’m get bored enough during a mass.

Sorry for the short text, but as I say, this things have no real importance for me.

I'd like to join in, not because I've been tagged, but because I feel guilty about having been away, again and not having contributed...

1) I tried to play the violin when I was ten but I was so bad,my teacher had to ask me to leave because he couldn't see a time when I would ever improve.

3) I didn't travel in a passenger aeroplane until I was 43.In the two years following, I flew fourteen times.

4) My first success as a hypnotist was to 'cure' a woman who ate chocolate for two out of three meals a day and regularly in between.

5) I was once asked to compose a poem for a German publication commemorating ten years since the fall of the Berlin Wall.

6) As part of the editorial team,I once won the Sunday Times Award for best school newspaper in the country

STSOBE ; A feeling of angst suddenly felt by someone trying to write about themselves and still make it sound interesting.

I replied on my Blog.
Two blogs in one day. Is this is a personal record?

I finally got around to posting my six on my blog:

And riveting stuff it is, too! God! Someone else who remembers watching Muriel Young!!