I was amused by this story from Hannah Stott of Sky News Online...

XMAS FACTOR?
Muppets Take on Cowell and Co.
Simon Cowell watch out: The Muppets are taking the X Factor winner's Christmas release on with their version of Queen's Bohemian Rhapsody.

After becoming one of YouTube's most watched clips the furry characters' record label EMI has decided to release the song in time for the prized Christmas number one slot. If successful, it would be the third time the song has topped the charts over the festive period.

Although the wise money suggests it doesn't stand much chance of booting the X Factor off the summit.

William Hill is giving The Muppets 25/1 odds of claiming the top spot. A spokesman for the bookies added: "You'd have to be a real muppet to think anyone could beat the X Factor winner to Christmas number one." 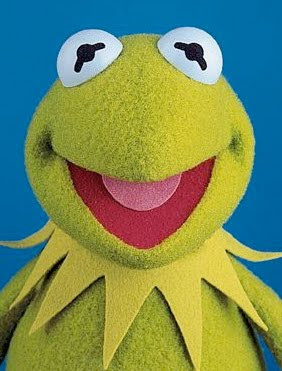 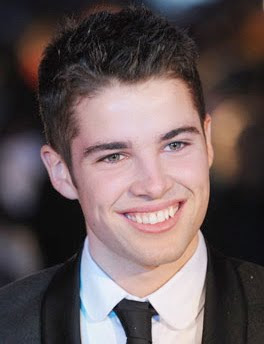 All smiles: Kermy and Joe go head to head
I have to say, if I was sweet, young Joe McElderry and - after months of fighting my way through to X Factor victory - I was pipped to the number one spot by a bunch of multi-coloured fluffy puppets, I'd seriously think about ditching show-biz!

However, no doubt the Wisdom of the Great British Public will prevail!

Meanwhile, at the risk of exposing my readers to a surfeit of Muppetry, here's another of their latest video specials: Beethoven as you have never experienced him before - thanks to the incomparable Beaker...

I'm not at all familiar with X Factor (although that young man does have a very sweet face!), but Muppets I can understand!

Poor Beaker -- that was all rather a shocking experience for him, wasn't it? I've had trouble keeping up with ticking-gnomes in my day, but fortunately never with such dramatic results. Maybe it's because I've never tried to do six things at once? (Ticking-gnome was a young friend's term for a metronome. I've called them that ever since. Yes, I know...)

I'm with scb. I only get BBC 1 & 2 here in Belgium so I've never seen X Factor. But give me the Muppets any day - especially with that wonderful rendition of Bohemian Rhapsody! If only to give the proverbial finger to Mr Cowell! I haven't time now to watch the Beaker bit - I'm off to Düsseldorf Christmas market (it's 4.51 am!)