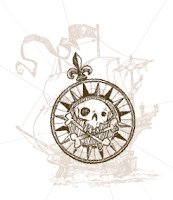 Earlier this year saw the release of what was undoubtedly Aardman Animations most ambitious, elaborately-detailed feature film, The Pirates! In an Adventure with Scientists (or as audiences in the USA saw it, The Prates! A Band of Misfits).

Based on the wittily inventive books by Gideon Defoe, The Pirates! is shortly to be released on DVD and Blu-ray and, to accompany it, comes my book, The Making of The Pirates!, a lavishly illustrated, behind-the-scenes tour of the Aardman studio where Plasticine people come alive and have the most outlandish adventures. 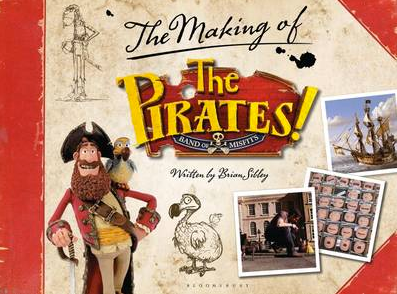 The film follows the fortunes (and misfortunes) of a bumbling bunch of buccaneers – led by the magnificently bearded (but totally incompetent) Pirate Captain – whose ineptitude in their chosen profession is given an unexpectedly positive boost when their fate become inexplicably (and inextricably) tangled up with that of Charles Darwin and Queen Victoria. 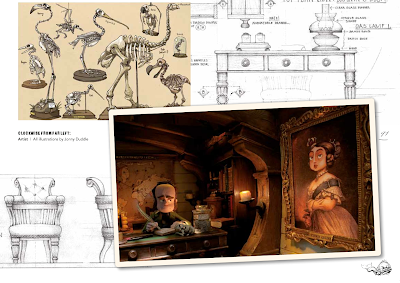 Those book is packed with fascinating detail about how the characters – pirates and landlubbers alike – developed, and how their worlds (the Pirate Headquarters on Blood Island, the Royal Palaces and fog-filled alley-ways of Victorian London and, aboard ship, on the high seas) were designed and built. 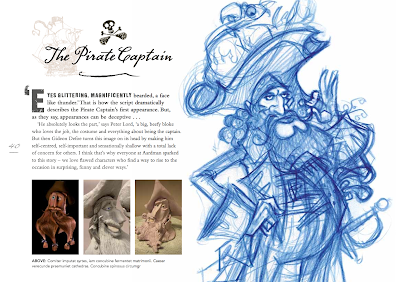 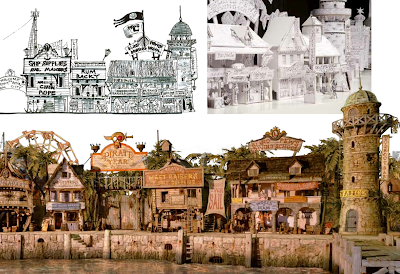 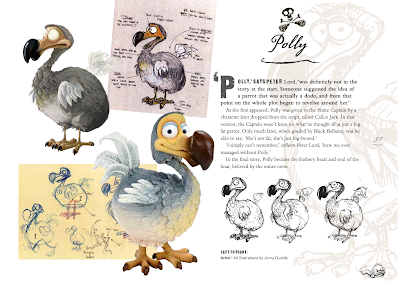 With contributions from the film's director (creator of Morph and co-founder of Aardman), Peter Lord, along with the designers, art-directors, model-makers, animators and special effects boffins, the book takes you inside the process of creating a film through the painfully painstaking process of stop-motion animation.

There are also intriguing insights into the characters from the starry cast of voice talents who speak for the film's Plasticine players: Hugh Grant, Martin Freeman, David Tennant, Imelda Staunton and Brian Blessed.

I have had a long and very happy collaboration over many years with Aardman Animations from the time when I worked with Nick Park on the first draft screenplay for The Wrong Trousers, through several books – notably Cracking Animation and Chicken Run: Hatching the Movie – so I was delighted to be able (between chronicling the goings-on with the hobbits in Middle-earth) to chart the course of this beautifully preposterous piratical carry-on from page to screen. 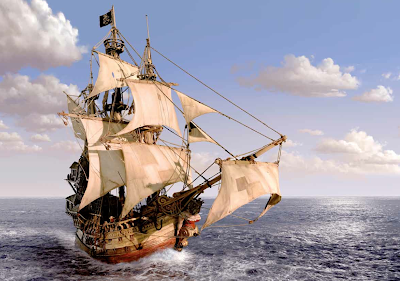 Missed this at the cinema so looking forward to seeing it on 3D Blu-ray on the new 65" TV based on your recommendation :-)

P.S. Can't believe I actually got past the completely unreadable Captcha words to successfully post this!

Thanks for persevering. Whenever I try to leave comments on other people's blogs, I frequently have to have multiple attempts at guessing the letters and numbers. It's an absurdly bad system that not only discourages spamsters and hackers but also those wanting to leave comments. Bonkers!

I bought myself the DVD a couple of weeks ago because I, too, missed it at the cinema. Great fun!

That looks beautiful - I'll be enjoying one of those.


BTW, my market tracking suggests that properly illustrated books tend to hold their value and rapidly become collectors' items in their own right since they the print runs will be more limited.

It's an affordable way in to art collecting where the commentary illuminates the creative process.

I was surprised to find how sought-after some older texts on art analysis had become; people won't give them up because the digital alternatives just don't feel right or give you the same ability to examine a picture with a knowledgable guide.

I've moved them to the 'no, sorry, not lending those ones out' section of the bookshelf.

Congratulations on another superb book Brian! Well that's how it looks from the peep inside the covers that you have given us today.
I can only assume that the Pirates 'launched' without the usual fanfare as so many of us missed it in the cinema? I only knew it was coming out because you told me you were doing the book!
And can I assume, from this blog, that you are now home? I can't imagine they sent your copies to a remote Greek island.... OK tussle with those letters and numbers coming up!

Oh... and I agree that beautiful books will always be collected and kept. And yours are beautiful books Brian - Harry Potter, Mary Poppins are both wonderful 'works of art' that I am proud to own. PS - third attempt at those non robot words and numbers, does it mean i am a robot if I can't decipher 'em?

Woman on a Raft – Very interesting observation and very true: art books on iPads will never be quite the same.


Mandy/Diva – The film has been and gone (now out on DVD). We are still away: back late on the night of Wednesday 12.

"P.S. Can't believe I actually got past the completely unreadable Captcha words to successfully post this!"

I still don't know why Blogger feels lifting numbers off photos of house addresses is that effective.

Congratulations on another handsome volume to put on the By Me shelf! 2012 hasn't turned out too bad, has it? Best wishes as always. (RGP)

Looks great! I always loved every movie Aardman made, but I haven't seen this one.

Re captchas. It is annoying and discouraging. But Ijust had to disable all non members comments on my livejournal blog, because I was getting so much spam. So it's a mixed blessing I guess.

Blimey! It is indeed unreadable :)