On the day when the media is obsessively (but quite understandably) focused on the life and times of the Prince Philip, Duke of Edinburgh, I reached for this book, published, fifty years ago, in 1971... 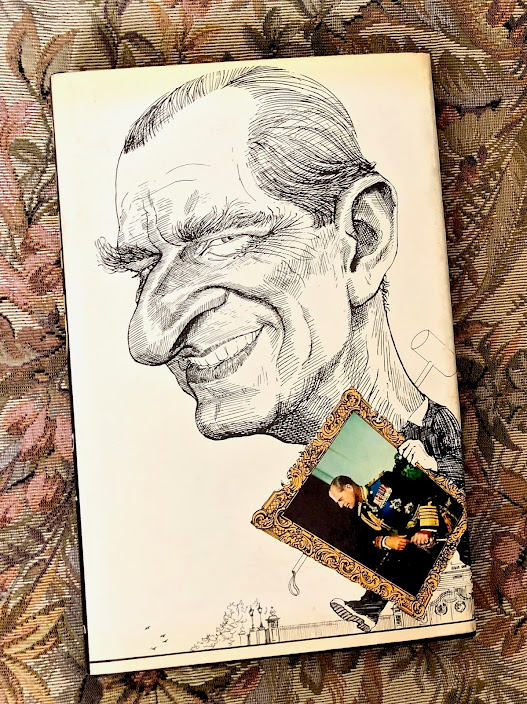 It's an uncommon book that has a front cover without a title – although Richard Wilson's affectionate caricature was doubtless more enough to identify the subject; but, if there any doubt, the title and author do appear on the back cover... 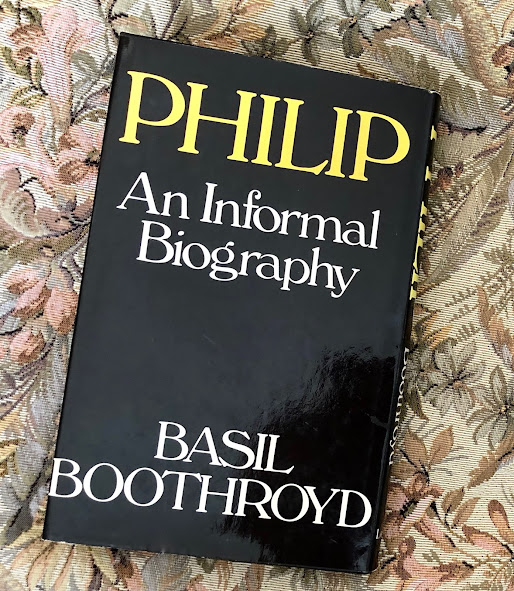 Basil Boothroyd (1910-1988) was one of the wittiest writers and broadcasters of his era whose humorous pieces for the late-lamented Punch magazine were jewels among gems. He was a long-serving Assistant Editor on that magazine and was beloved by many others who worked at the difficult craft of creating seemingly-effortless humour.

P G Wodehouse wrote of Boothroyd: There are very few humorists you can rely on to be funny every time. In fact I can think of only one. He is a writer of whom I never miss a word.

He was probably the most professional writer I have ever known; and consequently both the most self-punishing and the least self-satisfied. Few have worked harder to make a sentence right, or to conceal the effort that had made it so, few have truffled longer or deeper in our bottomless vocabulary for the one word which would corral the elusive thought, and very few indeed have sat like him, staring at a typed semi-colon for half an hour and deliberating whether or not a full colon might produce a more effective pause. Then coming back two hours later and making it a comma … It prevented him from writing novels: "I might spend the rest of my life," [he said] "re-polishing the first thousand words!"

Boothroyd was also an accomplished broadcaster: a past master at 'talking with' rather than 'speaking to' the listener and his radio series, The Small, Intricate Life of Gerald C Potter – given audio life by Ian Carmichael – was one of the joys of BBC radio comedy from the mid-'seventies until the early 'eighties.

What makes Boothroyd unique among 'Royal Biographers', is that he was personally invited to write the book by his subject, HRH being an admirer of the Boothroyd style.

After spending a year accompanying the Prince on his duties – with plenty of interview opportunities and free access to Royal files and staff – the book is, as the title proclaims, an 'informal' biography. Nevertheless, it is full of richly researched detail (did you know, for example, that Prince Philip's Passport number was '1', the Queen not having a passport?) and Boothroyd's reported conversations with the Prince are candid and entertaining.

Today we've heard from a welter of 'Royal Authors and Observers', but if you're interested in a very real glimpse of the man who married the Queen, I'd recommend scouring ebay for a copy of Boothroyd's book.

Mine is a much-valued 'association copy': inscribed and signed by the author to fellow journalist whom I also admired: Allan Hargreaves (1935-2011), reporter, interviewer and presenter for Thames TV and Capital Radio and best-known for Thames' early evening programme, Today, with Eamonn Andrews and Bill Grundy on which programme he worked from day one in 1968 until 1982. 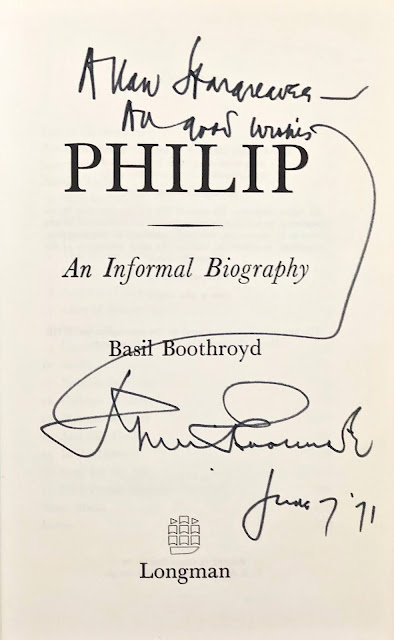 A final quote from HRH back in the days when he'd only been Royal Consort for a mere eighteen years: 'I look at it as a job, and I imagine I do it at much the same pressure that I would do any other job.'

Somehow, I doubt that assessment changed much over the next fifty years.