WATCH OF THE WEEK: Back to Bio-Pics

Where would the cinema have ever been without the bio-pic? The lives of the Great and the Good (and, of course, the Bad and the Ugly) have been staple fodder for the movies since pictures first started moving!

For example, in 1900, cinema pioneer, Georges Méliès made a silent feature-length epic entitled Jeanne D'Arc (already a re-make, since another, lesser, French film-maker had had a go at telling the story of France’s great heroine two years earlier!) and seventeen years and three versions later (one French, two Italian), Cecil B de Mille made Joan the Woman. Fast forward thirty-one years to 1948 and Ingrid Bergman is starring in RKO's version of Joan's story (below) directed by Victor (The Wizard of Oz) Fleming, since when notable versions have been made by Otto Preminger and Robert Bresson and, in 1989, St Joan even made a cameo appearance in Bill and Ted's Excellent Adventure. 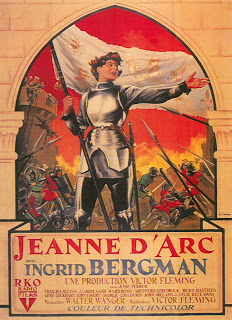 Joan’s impressive (to date) 32 film appearances are undoubtedly surpassed by films based on the life of Christ, and various other historical figures - such as Queen Elizabeth I, Napoléon, Abraham Lincoln and Adolf Hitler - have all made a respectable showing at the movies.

Bio-pics have featured just about anybody who has been famous or infamous from Al Capone to Louis Pasteur, Emiliano Zapata to Anne Frank.

Musical stars and even song-writers have proved highly popular subjects for films such as the 1946 picture Night and Day featuring Cary Grant as a somewhat unlikely Cole Porter.

Sometimes these films were made while the subject was still alive: in The Al Jolson Story, the first star of the 'talkies' was played by Larry Parks while his famous songs were dubbed-in by Jolson himself. More recently, Kevin Spacey has played Bobby Darin, Joaquin Phoenix has portrayed Johnny Cash and Jamie Foxx has given a compelling impersonation of Ray Charles.

If you admit films based on plays and shows featuring historical characters then the list becomes even longer with such titles as Evita, Becket, Amadeus, The Lion in Winter and The Elephant Man.

Small wonder, perhaps, that so many bio-pics have been sure-fire Oscar winners from Charles Laughton as bluff King Hal in The Private Lives of Henry VIII (1933) via Ben Kingsley in the title role of Ghandi (1982) to this year’s Academy Award winners Forest Whitaker as Idi Amin Dada, The Last King of Scotland, and Helen Mirren as Elizabeth II, The Present Queen of England!

You will no doubt have your own favourites, but here’s my personal baker’s dozen of memorable bio-pics… 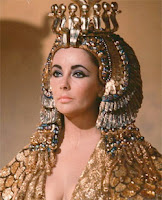 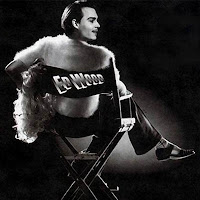 All this is by way of being a self-indulgent preamble to mentioning a new bio-pics showing now at that Cinema-Near-You! And, like that first epic about Joan of Arc, it is a French film about a French icon. 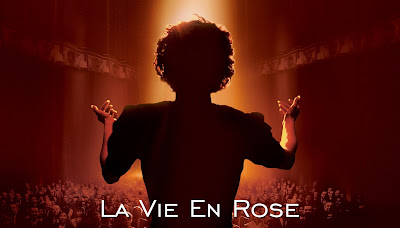 La Vie en Rose (La Môme), on general release from today, is a passionate portrayal of the woman known as La Môme or the Little Sparrow - Edith Piaf.

The film is richly-layered and emotional super-charged and is, by turn, lavishly adoring and brutally objective.

Boldly spurning the conventional three-act Hollywood format it favours, instead, a kaleidoscopic approach to storytelling that shifts - sometimes ricochets - back and forth through Piaf’s life, revealing its triumphs and tragedies - all of which, seemingly, were experienced to the limits of pain or ecstasy.

Two amazingly able young actresses play Piaf at 5 and 10, rising to the demands of depicting a childhood lived out in the turbulently seedy and sweaty worlds of brothels and circuses. 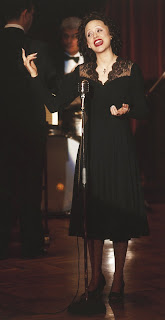 But it is Marion Cotillard as the adult Piaf, who in an extraordinary tour de force performance, superbly carries the singer's story from the gawky girl singing for centimes on the streets of Paris, via the sultry chanteuse enthralling the cabaret audiences of New York, to the crippled, drug-addicted crone with a clown face and a shock of orange hair who, despite everything, still had Non! Rien de rien…

If I have a criticism of what is an evocative film packed with extraordinary sequences that, like Piaf’s voice relentlessly haunt the memory, it is that it's long - indeed, overlong. It sometimes seems that the role of the film editor has never been so singularly ignored as in today’s cinema, when “cutting a film” no longer means cutting a film.

For English-speaking audiences, grappling with two hours and twenty minutes of subtitles would be a sufficient challenge without that of the film’s jigsaw structure in which unexpected revelations quite late on in the movie suddenly hurl us into complicated flashbacks in order to learn about a dead lover or a lost child.

As a result, our full sympathetic response to Piaf's trials and tribulations is delayed until almost too late; while, on a purely practical level, it means that the viewer is never quite sure when the film is actually going to end. 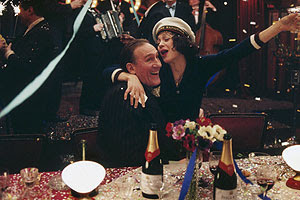 That said La Vie en Rose is shot through with energy, intensity and vitality and acted with such intelligence and integrity that only the hardest of hearts or the most rampant of Francophobes will fail to be enchanted and moved. 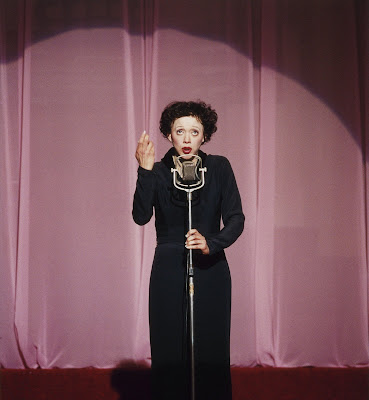 For me it would have to be: Lawrence of Arabia, Forest Whitaker as Charlie Parker in Bird, Michael Mann's Ali, Anthony Hopkins in the vastly under-rated Nixon. Helen Mirren was, of course, terrific as Elizabeth II. The one that got away, that I really would have liked to see, was Kubrick's take on Napoléon.

You have, sadly, ommited one of Christopher Lee's greatest performances. Surprising because he told you about it, himself!

GOOD DOG - Kubrick on Napoléon... Yes, one megalomaniac on another, that would have been interesting!

Very interesting Blog.
Of course I have to mention the late Ian Richardson in the following: Nehru in Mountbatten:The Last Viceroy;Dr Joseph Bell in Murder Rooms; Ramsay MacDonald in Number 10; Anthony Blunt in Blunt; Rex Hunt in An Ungentlemanly Act; Bernard Montgomery in Churchill and the Generals; Robespierre in Danton's Death; Marat in the Marat/Sade; and of course, Francis Urquhart to quote "I am a real person, amn't I Mattie?"

One glaring omission from my list - 'Gentlemanly Johnny' aka General Burgoyne in The Devil's Disciple and there was also Captain Fitzroy in The Darwin Adventure.

BOLL WEAVIL - Could be... (!) But, actually, I think David is being a bit mischievous!

LisaH - Between them, Alec Guinness, Laurence Olivier and Ralph Richardson all played quite a few historical figures (Ancient & Modern); but, from your listing, IAN RICHARDSON must have surely been leader of the bio-pic pack...

As for Francis Urquhart... Well, FU must have been a REAL person; how else could his words have possibly found their way into 'The Oxford Dictionary of Quotations'?