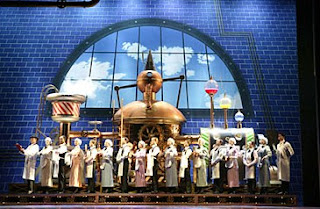 Don't waste your pucker on some all day sucker
And don't try a toffee or cream
If you seek perfection in sugar confection
Well there's something new on the scene
So sang Caractacus Potts and Truly Scrumptious in Chitty Chitty Bang Bang to promote the joys of Caractacus' accidental invention -- TOOT SWEETS, "that mouth full of cheer; that sweet without peer; that musical morsel supreme!"

Well, right now, the confectionary industry could just do with a bit of Mr Potts' sweet inspiration. Currently, the best they can do is tamper with established classics and pretend that the results are something REALLY NEW when in fact all they are doing is revamping well-known and much-loved products and, as a result, cheapening and degrading the ORIGINALS! 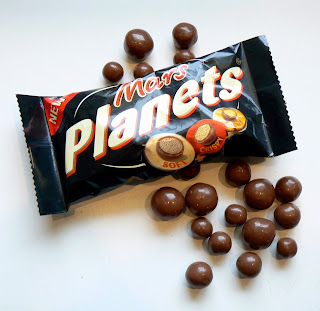 Not really! PLANETS turn out to be the various component parts of a Mars bar done up to look like REVELS. Put a handful in your mouth and it's like eating a Mars but without the satisfaction of chewing into the bar. 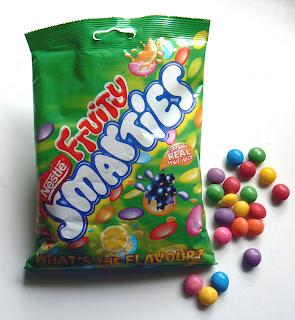 Fruity Smarties?? I ask you! Everyone knows that Smarties are chocolaty not fruity (except for the orange ones!) so what are they doing palming Smarties off on us as a variant form of SKITTLES?

And, finally, there are now GIANT CHOCOLATE BUTTONS... 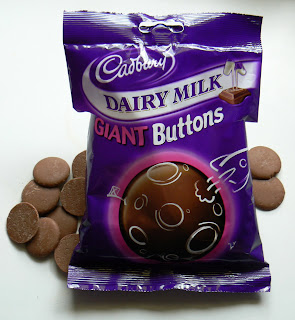 But WHY? Buttons have always been - well, button sized! That's why they called - er - buttons! The last time anyone saw buttons this big was on Mickey Mouse's pants and coats worn in the 1960s by Jean Shrimpton!

For a contrary opinion, see button's blog!
Posted by Brian Sibley at 00:01

One of the worst examples of 'improving' sweets I can think of is Sports Mixtures.

The black ones used to be head and shoulders above the rest flavour-wise and had a quite distinctive taste.

Then the manufacturers decided to make them better and give them a fruit flavour that has rendered them indistinguishable from the rest. Don't see the point in buying them anymore.

Your attempt to fire a broadside at the confectionery industry has backfired. All I feel now is hungry for having to get up and munch through a bowl of rabbit food whilst looking at pictures of Giant Buttons.I think I may buy some immediately ! Do you remember the companion to Opal Fruits - Opal Mints ? They were later rebranded as Pacers and then seemed to disappear altogether.However, for all we scoff (pardon the pun), it IS all in the branding. Look how much we pay for chocolates - £4 or £5 for an average box, so we can sample chocolate heaven. Tescos do a plain wrapped box for 98p which is indistinquishable to its more expensive counterparts but presumably people just pay more for the sense of luxury.I don't. Quantity is all...yum !

And anyway, what are you doing with all those sweets??