WATCH OF THE WEEK: The Chumscrubber

When a movie takes two years to find distribution in the UK it usually suggests that it is not exactly a great picture, but The Chumscrubber (Cert 18) opening tomorrow, is anything but a failure of a film. 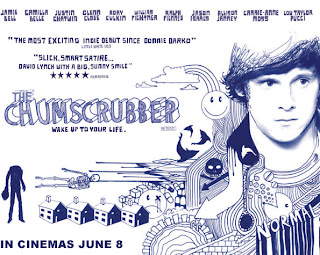 My apologies to my American readers who probably saw this disturbing portrait of middle-class, middle-American life long ago - even, perhaps, by now, own it on DVD - but I want to urge my British readers to seek out this compelling and haunting film.

A complex mix of teenage angst, magic realism and blistering social satire, The Chumscrubber refuses to conform to any easily tagged genre and is as spiky and as disconcerting as finding a colony of sea urchins in a suburban swimming pool.

Hillside is an elegant, swellegant community located in Anytown, Neverwhere, USA - the kind of place where Avon ladies call on freaks with scissorhands and kids ride around with aliens in their bike-baskets.

Beneath the glossy exterior of this archetypal American Dreamtown, everything is in ferment. Every individual within each of the family units is a lone, isolated entity spiraling towards a centrifuge of self-destruction. 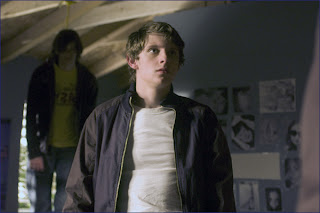 Then there is the odd-ball, misfit, Dean Stiffle, played by Jamie (‘Billy Elliot’) Bell, whose mother runs a mail-order vitamin pill business and whose father writes best-selling, self-help guides to family psychology - largely based on the adolescent experiences of his own son!

But only Jamie seems to be aware of the cracks in the veneer to his perfect world until his friend Troy - an all-round, popular guy who is keeping his schoolfellows high on illegal drugs - hangs himself in his bedroom and the weft and warp of the community’s fabric begins to frazzle and fray… 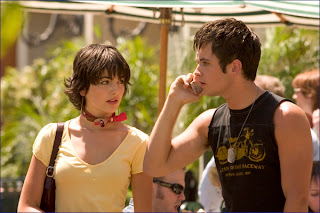 Believing that Dean knows the whereabouts of Troy’s cache of drugs, classmates Billy (Justin Chatwin), Crystal (Camilla Belle) demand that he finds and hands over the drugs from which they are suffering withdrawal symptoms. When Dean fails to deliver, they decide to kidnap Dean’s younger brother.

The kidnap, however, does not go quite as planned and for the families of hillside, life becomes more of a landslide… 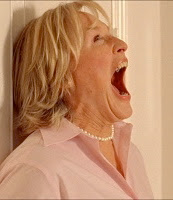 The denial and disintegration of the community is played out by a stunning ensemble cast that, in addition to the youngsters, includes Glenn Close, Ralph Fiennes, William Fitchner, John Heard and Rita Wilson.

The Chumscrubber is not without its flaws: at times it is rough and clumsy, at others it disappoints in approaching so closely the worlds of Donnie Darko and American Beauty whilst invariably lacking their sophistication. But this is a powerful debut feature for director, Arie Posin, and there are moments of wild brilliance that linger long in the mind like unlaid ghosts… 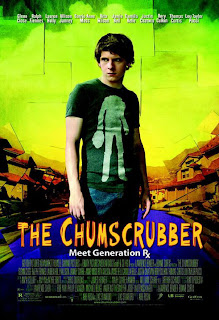 The title is, frankly, a bit of a problem: The Chumscrubber is a fantasy character - a headless avenger in a post-apocalyptic age - whose brutal adventures, on film and in video-games, obsess the imaginations of the youngsters who live in the blandly homogenized world of Hillside.

By the end of the movie it is clear that this fictional monster represents the repressed anarchism and violence lurking behind the smiling masks of our McCultured civilization. Nevertheless, if it had been my movie I would ditched what is clearly a dodgy title long before it reached the cinema...

Still, it’s too late now and you really shouldn’t let it put you off seeing a film that is strange, yet strangely good…
Posted by Brian Sibley at 00:01

And here I thought you had another word challenge! As far as I know, this film did not enjoy a wide release (or audience) in the States. I loved American Beauty, though, so I think it'll be worth a rental. Nice review!

You're right, RYAN, I should have run a competition to seek out the TRUE meaning of CHUMSCRUBBER...

Hope you think it worth the rental fee!

The ChumScrubber is definitely going on my list of DVDs to rent from LoveFilm. Thanks for the steer.