So the BBC's much-feared political interviewer and general all-round smartypants, JEREMY PAXMAN, has been getting his knickers in a twist about... well... about his... er... knickers!

In a mysteriously leaked private e-mail to Sir Stuart Rose CEO of the department store chain, Marks & Spencer, Paxo briefly expressed his concerns about an issue that he believes to be a matter of "great concern to the men of Britain":

Like very large numbers of men in this country, I have always bought my socks and pants in Marks and Sparks. I've noticed that something very troubling has happened.

There's no other way to put this. Their pants no longer provide adequate support.

When I've discussed this with friends and acquaintances, it has revealed widespread gusset anxiety.

Well, Mr Paxman, the bottom line is you should ought, without further delay, to invest in a pair of Hugo Boss' latest boxer-briefs which are quite obviously intended for those smart arses who always seem to have eyes in -- as well as sometimes talking out of -- their backsides! 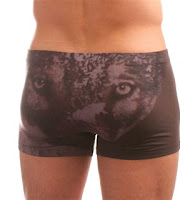 Or, maybe, a pair of these for when he's in the hot seat!! 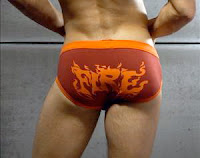 Yet more bottoms on your site ! What a cheek !

Some interesting - and apt comments made in the original comments, like Paxman saying:
"I am very concerned that they have taken their eye off the ball."

And cheeky chappie Simon Hughes:-Daily Telegraph cricket writer Simon Hughes said: "They always seem fine to me. My wife says M&S underwear is great because it is easy to take off."

Keep up the brief Blogs, Brian.

Love the pants!
Several years ago, I saw an ad in a magazine for a bra with eyes on... you've guessed it... the tits!