The Toy Dolls singing 'Nellie the Elephant' on Top of the Pops back in 1985. Of course, I'm so ancient that I can cast my mind back almost thirty years earlier to the original 1956 recording of Ralph Butler and Peter Hart's song as perfprmed by twelve-year old Mandy Miller.

The version, however, is immaterial since I include it here as a farewell trumpet-call to mark the fact that the pachyderms of Elephant Parade London 2010 are packing their trunks and preparing to head off into the sunset with a trumpety-trump, trump-trump-trump!

Their extinction (at least their disappearance from their various sites around the city) began last Sunday but you can view the herd at the Royal Hospital Chelsea today and tomorrow and Wednesday 28 June. Admission is free and is from 10am to 7pm. Meanwhile the indoor herd can currently be viewed at Westfield Shopping Centre, where they will remain until Wednesday 30 June.

And so, as the parade passes by, here's a farewell tribute featuring some of my favourite elephantasies... 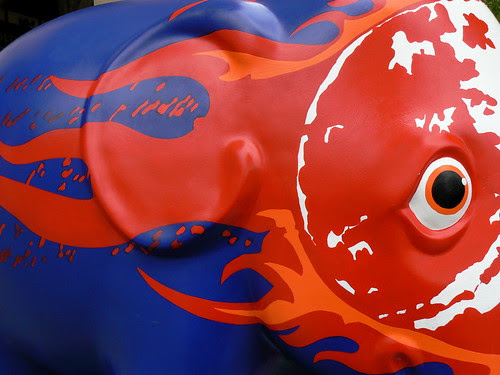 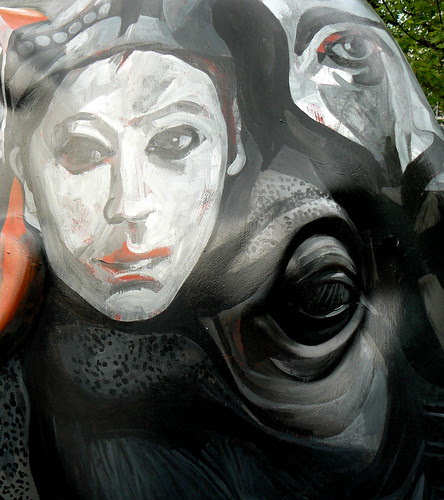 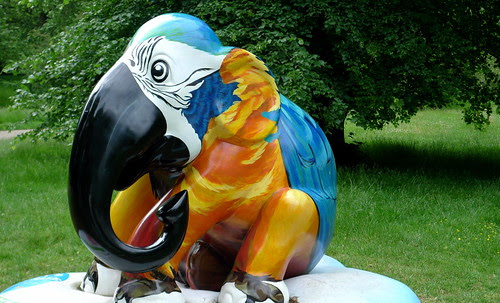 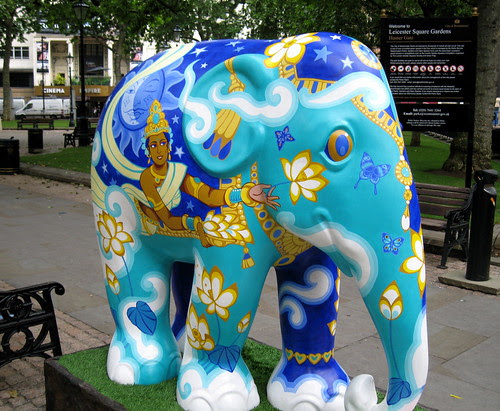 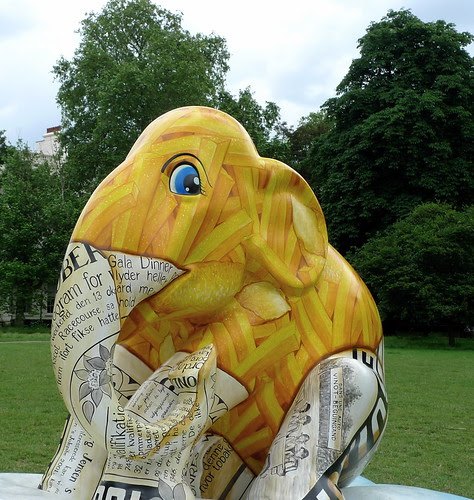 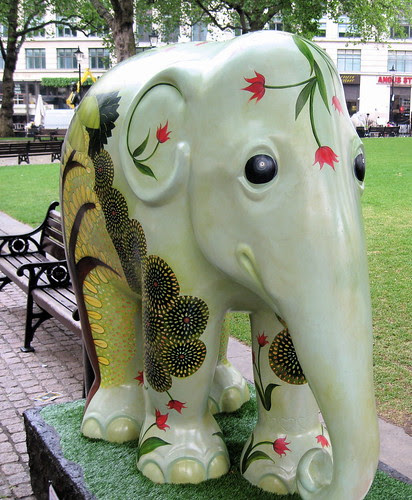 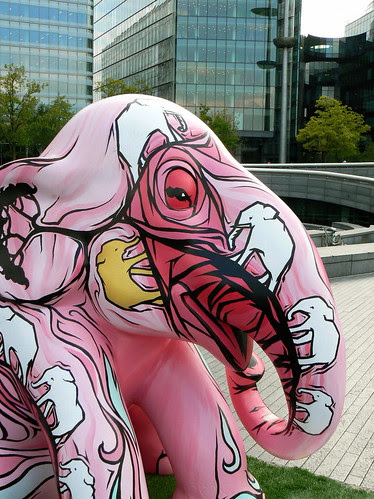 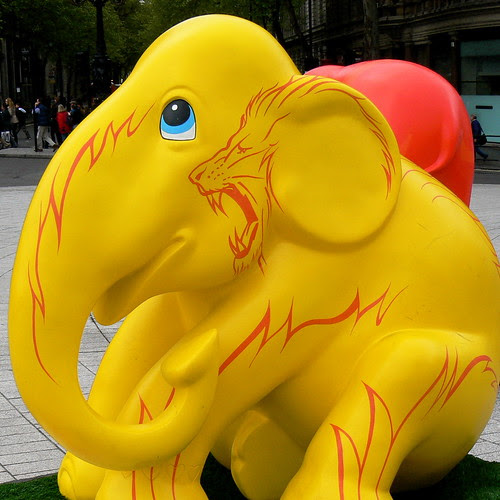 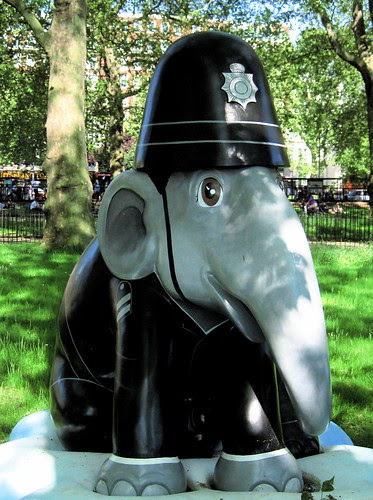 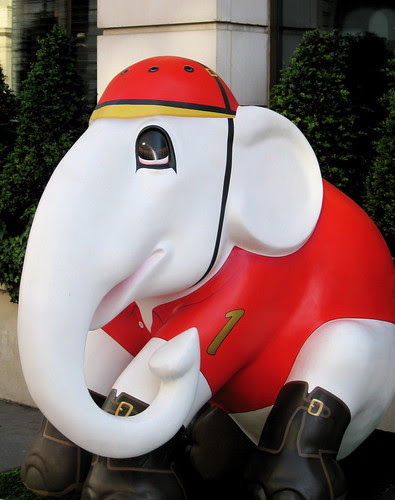 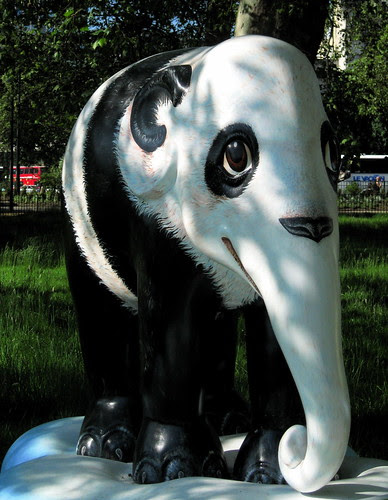 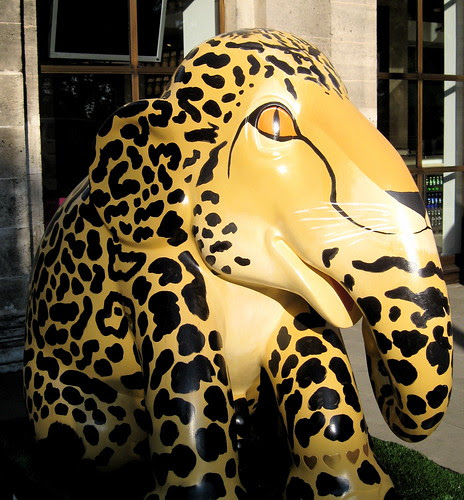 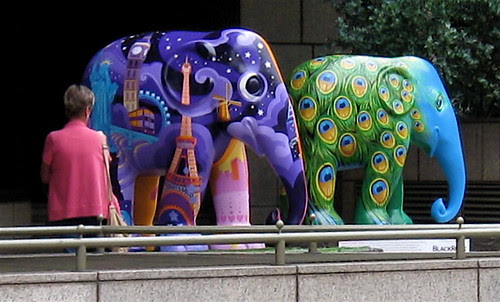 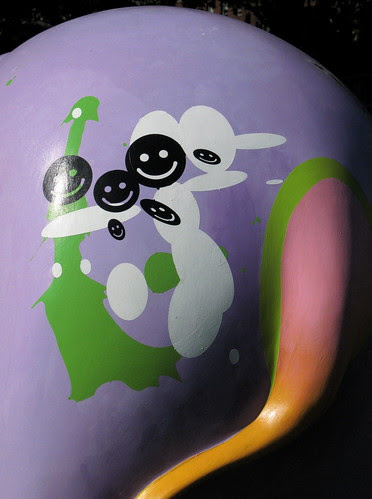 You can find out more about this art-event-cum-fund-raising project by visiting Elephant Family; and you can see the newly extended Sibley herd (with guest contributions from Sophie Walpole and David Weeks) on my Elephant Parade flickr Album.
Posted by Brian Sibley at 00:01

I think the pink elephant is my favourite of all the Sibley (et al) herd. Wonder what it says about me that I'm particularly drawn to pink elephants?


poloton -- the unit of weight utilized in ascertaining which pachyderms are appropriate for a Pachyderm Polo Match.

Well I can't say that I actually remember the original recording, (I'm not quite that old!) but I was brought up on stuff like "Nellie the Elephant". I sort of missed a big part of the 80's so this was quite a discovery for me... at 6.30 am! I loved it!

I think they are absolutely wonderful and if I win the Euromillions draw tonight will certainly want to purchase one - or two (alas, there's more chance of an elephant flying than that happening).

I think my favourite is the one you could look inside and see - from memory - a city.

These are indeed great pieces of public/urban artwork.

Brian, I've posted on my blog some photos of the elephant in the lobby at my office, which you can find here. Enjoy!