THE MAN WHO DARED TO MAKE US LAUGH

At the Chris Beetles Gallery's cartoonists exhibition which ends next Saturday there is this cartoon by William ('Bill') Hewison... 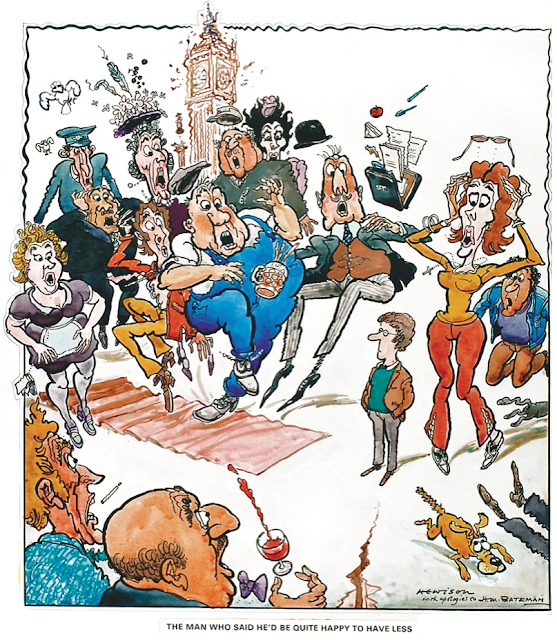 In commenting on Britain's anxieties about the economic slump, Hewison was paying homage to the work of another great cartoonist, Henry Mayo Bateman (1887-1970), who is the subject of a excellent new exhibition at London's Cartoon Museum entitled – The Man Who Went Mad on Paper.

H M Batman was famous for his 'The Man Who...' cartoons in which he depicted characters committing inconceivably stupid social gaffs to the shock and horror of everyone – and everything – around. People's limbs shake, jaws drop, eyes bulge, moustaches quiver while the very furnishings of the room or the features of the landscape shake and tremble in response to the blundering faux pas. 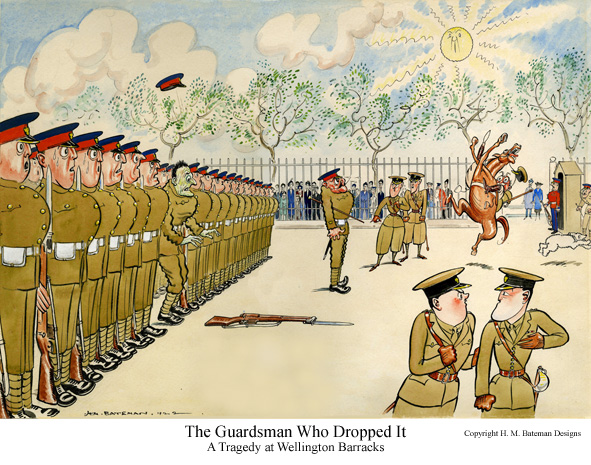 Dubbed the first modern master of the cartoonist's art, Bateman eschewed what was at the time the tradition of cartoons that took the form of mostly realistic, un-cartoony drawings with lengthy dialogue captions usually ending in a punch-line that was invariable less than hilarious.

In a moment of apotheosis – which Bateman described as 'going mad on paper' – he came up with the gag-cartoon: a funny picture with a single line caption. From then on, cartoons never looked back.

Batman chronicled the ups and downs of the social mores of Britain – with all the absurdities of its rigidly-codified class structure – from the Edwardian era through to the 1930s. But the daring freshness of Bateman's approach is still evident, even in those drawings that reflect the yesteryear in which they were drawn. We look, we get the joke, we laugh and then – we look again at the detailing that provides us with more sly little amusements to giggle and chuckle over. 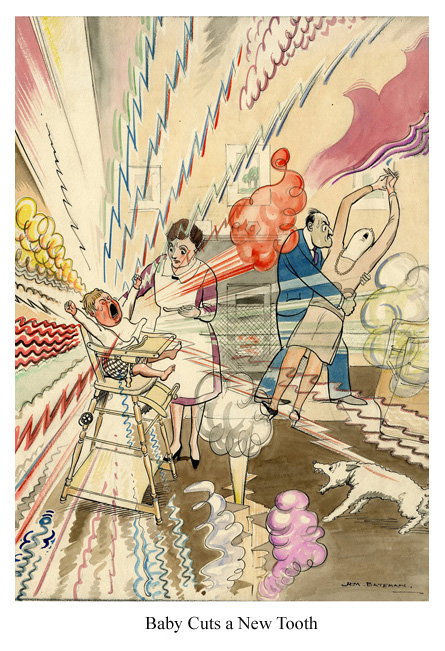 The 120 cartoons on show in The Cartoon Museum exhibition not only reflect Bateman's long and prolific career, but also the breadth of his work. There is a generous selection of his famous 'The Man Who...' cartoons, but there are also examples of his brilliantly observed comic portraits of social 'types' from the down-to-earth 'Croydon Gardner'... 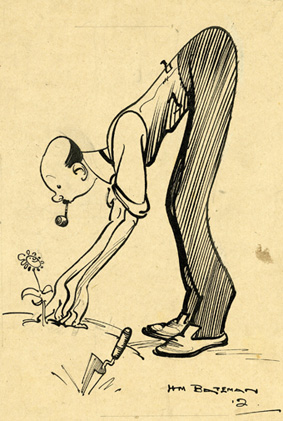 To high society's mistresses of 'The Evil Eye' – the Chaperones... 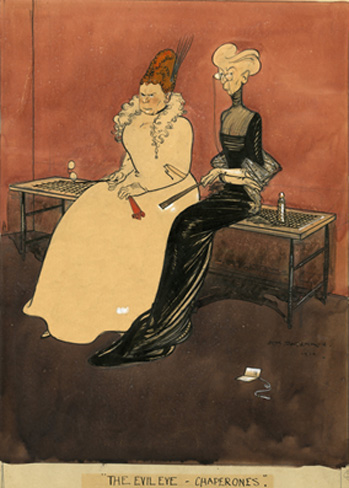 The exhibition also justly accords Bateman the credit for creating the caption-less strip-cartoon as in 'The Subway', where pleasant, civilised, people turn into angry, snarling beasts upon entering London's underground railway system... 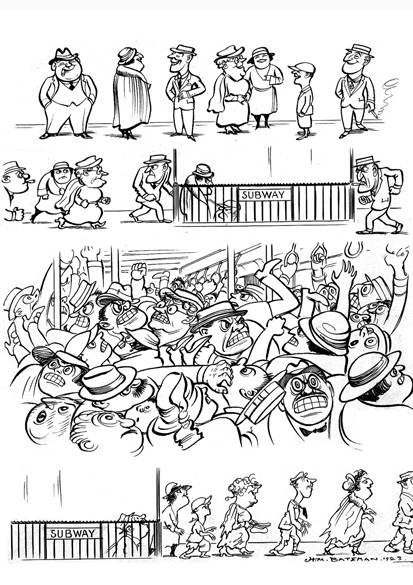 The exhibition remains on show until 22 July and is accompanied by a 160-page catalogue crammed with chortleful images.

ADMISSION:
£5.50 Adults; £4.00 Concessions; £3 Students;
Free to Under-18s, Art Fund Members & Friends of the Cartoon Museum
Children 12 or under must be accompanied by an adult.

A number of events are taking place to coincide with the exhibition: check the Cartoon Museum website for up-to-date details and how to book. 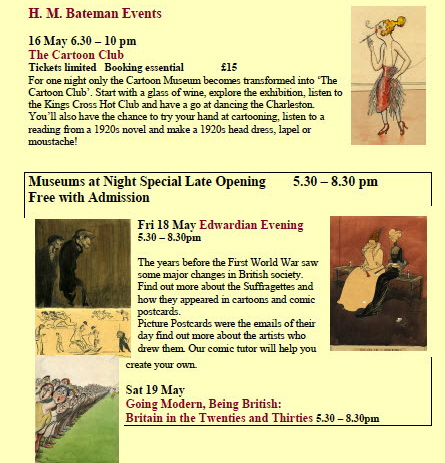 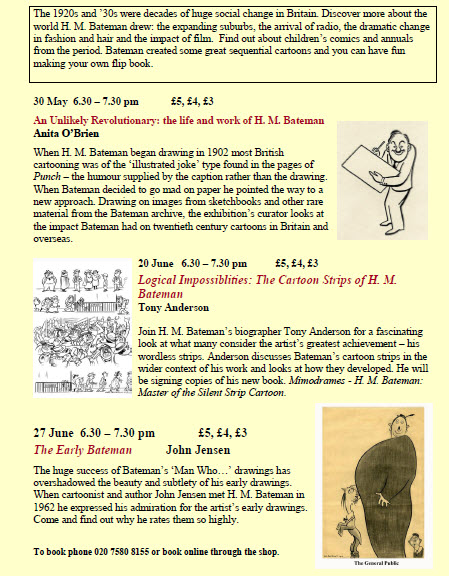 It puts me in mind a bit, of the work of Paul Sample, who has done the artwork for Tom Sharpe's books.

Are there any published collections of these cartoons?