Today the BBC is providing listeners with yet another blast from Sibley's past... 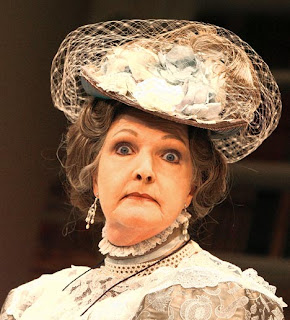 It was back in 1977 - which, heaven help us, is thirty-three years ago - that I wrote what was only my second programme for radio, but which turned out to be something of a classic. Entitled ...And Yet Another Partridge in a Pear Tree, it was a quirky take on that well-known song about the seasonal gifts which someone sent to his True Love on the Twelve Days of Christmas.

It was, I later discovered, not exactly a new joke and it has been re-worked by others since, but it had the distinctive twist of literally following the cumulative list in the lyrics, thus providing the recipient not with one partridge in a pear tree, two turtle doves, three French hens and so on, but with twelve partridges, twenty-two turtle doves, thirty French hens and so forth.

...Fresh milk is one thing. Eight enormous Frisians in the drawing room is something else altogether. True, the milkmaids have a certain rustic charm, but you wouldn't believe how much they eat. You may also care to note that my bath has only so much room in it for swans with a seemingly insatiable urge to be a-swimming, and it will definitely not hold fourteen of them. Take that from one who has tried!

I was extremely fortunate in having Penelope Keith (then at the height of her fame as Margot Leadbetter in the wildly successful TV sit-com, The Good Life) play Miss Cynthia Bracegirdle, the increasingly harassed lady who has to cope with (among other nuisances) forty maids a-milking, thirty-six ladies dancing, thirty lords a-leaping and twenty-two pipers piping...

...And Yet Another Partridge was repeated annually for many years and is still broadcast at Christmas in all kinds of places from America to Australia. In fact, every year I get requests for copies of the broadcast (which unfortunately is not possible because the BBC have never commercially released the programme) and transcripts of Miss Bracegirdle's correspondence.

Anyway, if - like others - you remember this little piece of fluff and would like to hear it again or if you've never heard it and think it might tickle your funny bone, then TODAY'S the DAY!

BBC Radio 7 is giving this tragi-comic tale another outing with the partridges coming home to roost at 14.15 and 21.15. I hope you enjoy the experience rather more than poor Cynthia!

And anyone caring to read the uncensored Bracegirdle letters, will find the full text here 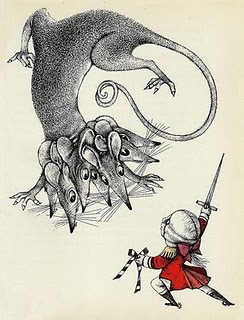 Beginning today on Radio 7 and running until 30 December: my four-part dramatisation of E T A Hoffman's seasonal favourite, The Nutcracker and the Mouse King starring Tony Robinson and, once again, with wonderful music by The Fox at the Manger composer, David Hewson.

Now largely known to the world as the Tchaikovsky-scored ballet, the original story – funny, sentimental and really rather scary – unfolds daily at 05:30 and 10:30 and (for those who go to bed late) 03:30 the following day.

All these programmes , of course, will be available on BBC iPlayer for seven days following the last broadcast.

Illustration to The Nutcracker and the Mouse King by Dagmar Bercova.

And as if you haven't heard enough of Sibley for one seasonal period, I'll just mention that you catch up on a couple of recent broadcasts with which I had an association as writer: Radio 2's two-part documentary, The London Palladium Story. 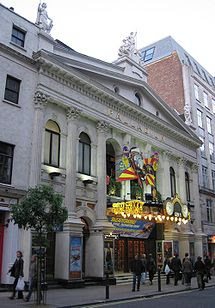 Part 1 (broadcast on Christmas Day) can be heard via BBC iPlayer here for the next seven days.

Part 2 (broadcast yesterday evening) will be on BBC iPlayer here, until next Sunday.
Posted by Brian Sibley at 00:01

I'm sorry, Suzanne, did you try from this official BBC website?

It worked! Thank you Brian!

First, may I say that one can never get enough of Sibley-listening.

This afternoon I laughed my way through two rounds of Yet Another Partridge in rapid succession, and expect to avail myself of the joys of it a few more times before the BBC takes it out of my clutching little hands for another year.

Will also listen to the other treats you've provided for us, while you're off cavorting in Venice.

mogratu -- text-speak for "more gratitude to you"

Just wish the version of Partridge was the unedited one. So, don't forget to follow the link in the post to the FULL text...

The joy of DAB radio is the ability to listen to BBC Radio 7 (or Radio Sibley as we call it here). Pity they mostly only put your programmes on over Christmas!
Roger
OODDA: cries of delight on opening the Xmas stocking

And, believe me, Roger, I have written non-seasonal programmes! :)

I am getting caught up on all the blogs I follow after months of being time-squeezed on other projects. Here I find that you have also worked with one of my absolute, most enjoyed British actresses, you lucky, lucky man.
Ms. Keith was my introduction to British comedy in "To the Manor Born" which I chanced upon one Sunday evening in my late teens. I remember calling my mom in to watch as well and it opened up a whole new path of humor to discover. (Which is not to say that there aren't home-grown US comedies to enjoy, but the pacing, characterizations, subjects and situations of the "BritComs" just have such an enjoyable, appealing tweak.)
I'm hoping that I can still catch wonderful Penelope with your Partridge somewhere.