The Chris Beetles Gallery's annual The Illustrators exhibition is claimed to be the world's biggest single event for fans and collectors of cartoons and illustrations and this year features a staggering 800+ works ranging across three centuries of memorable British art.

Many of my favourite artists are generously featured in the exhibition, among them John Tenniel via E H Shepard, Ronald Searle, Eric Fraser, Charles Keeping to Anthony Browne, but perhaps the most delightful aspect is the bicentennial tribute to the genius of Charles Dickens: a collection of almost 60 pieces of art illustrating what are among the greatest novels in the English language featuring some of the most engaging characters – comic, scary, sentimental – to engage the imaginations of generations of readers. 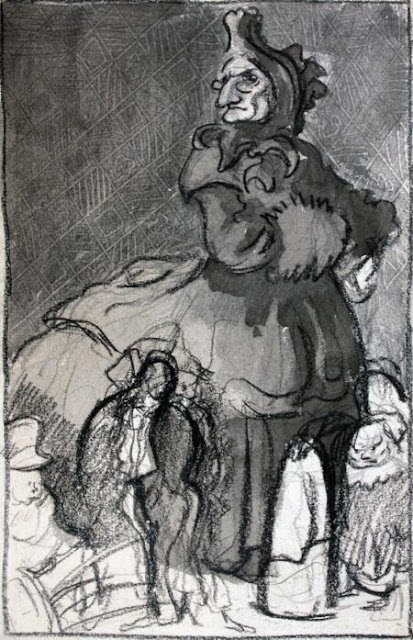 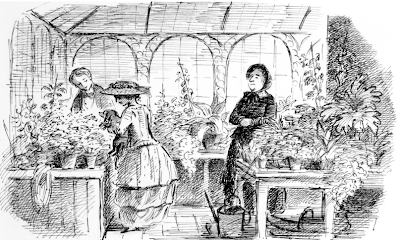 H M Brock - The Cricket on the Hearth 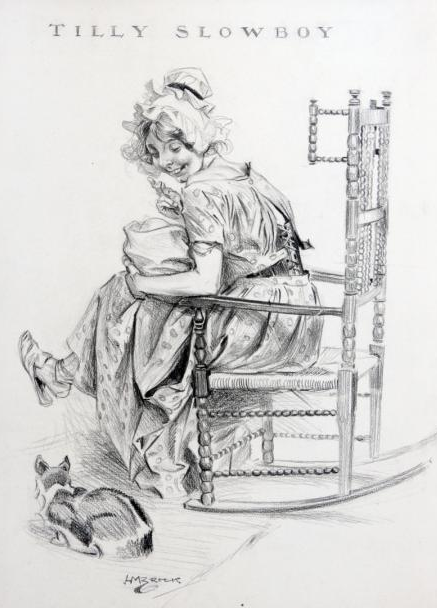 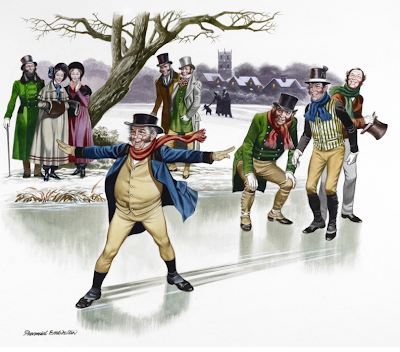 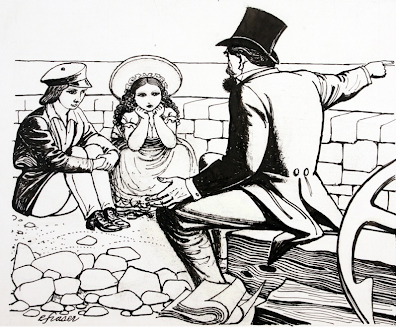 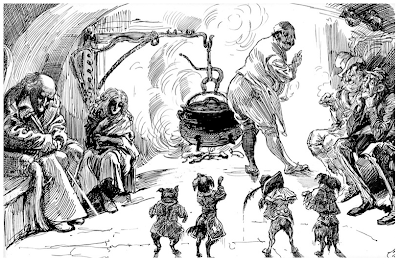 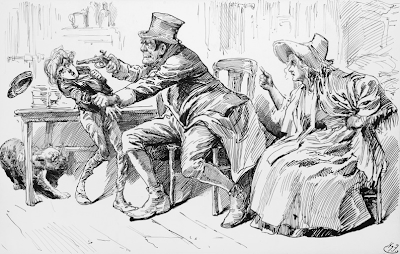 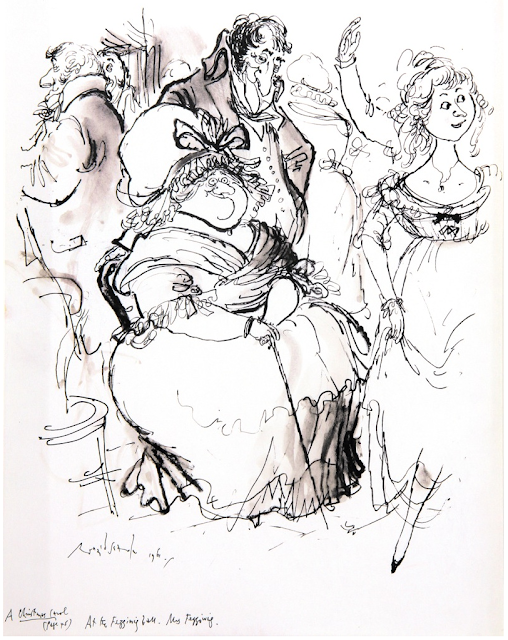 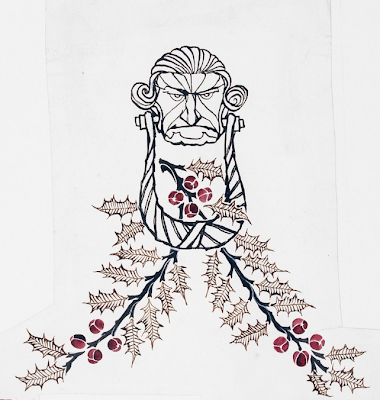 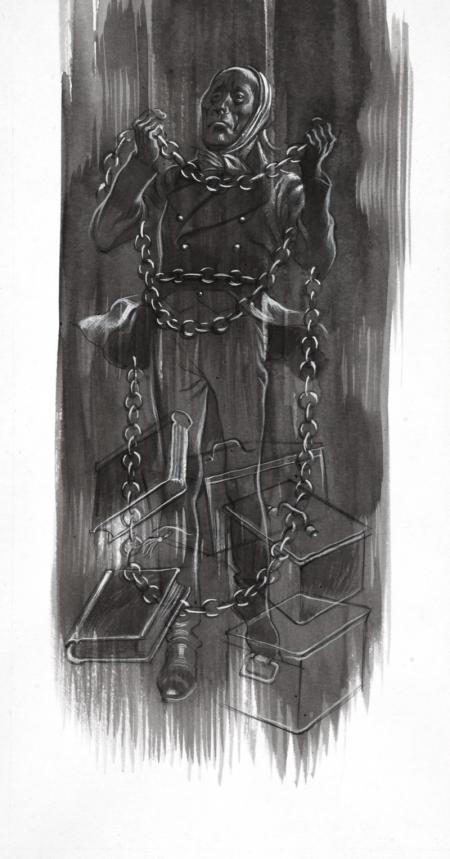 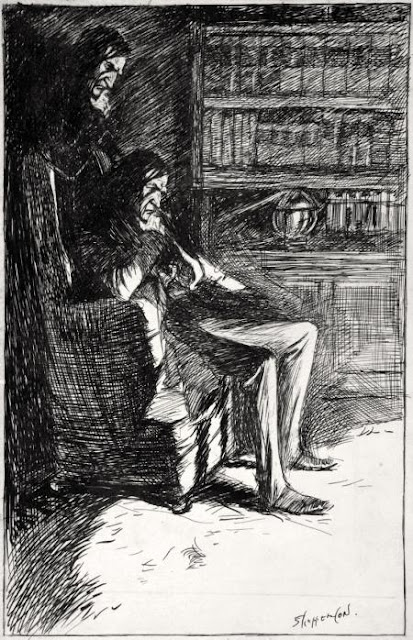 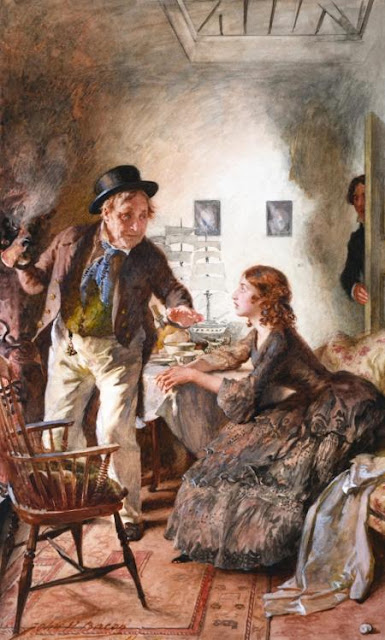 Accompanying the exhibition is a 272-page catalogue with over 400 full colour images, which – for £20 – is both an engaging anthology of great illustrative art and a lasting record of an immensely impressive show. 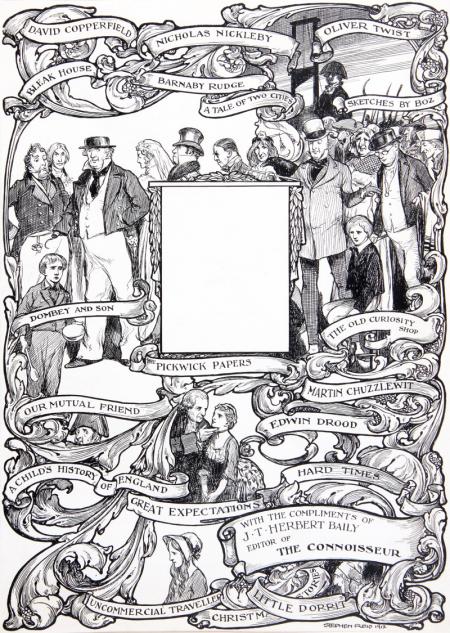 Above illustration: 'Charles Dickens: A Tribute to Genius' by Stephen Reid

How can there be no comments on these ? A parade of some of the finest illustrators of the last century and a half. Searle and Rackham are my favourites but its a tough call.

Hi
I came across this entry on your blog some time ago, and I made a note to leave a comment here in 2015. I thought you might be interested in hearing that I have written a novel, Death and Mr Pickwick, which will be published in May by Jonathan Cape of the Random House Group, which explores the creation and history of The Pickwick Papers. The illustration of The Pickwick Papers is the most important aspect of my novel, and indeed the main character is Pickwick’s first illustrator Robert Seymour. Further information can be found at:
www.deathandmrpickwick.com
Ron Embleton’s picture of Mr Pickwick sliding on ice, which you have featured here, is one of many, many illustrations of Pickwick which appeared after the original serial publication. The Pickwick Papers must surely be the most illustrated book in the history of English literature. I like Embleton’s picture, but I do wish he had made Mr Pickwick a bit fatter!
Best wishes
Stephen Jarvis