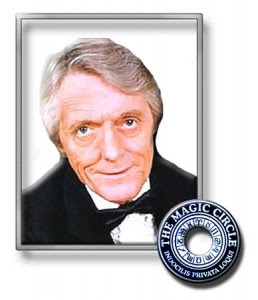 Today is a sad occasion for British magic with the funeral of former Chairman and President of The Magic Circle, Alan Shaxon, Member of the Inner Magic Circle with Gold Star. Alan was a stylishly elegant, consummately professional performer and a generous colleague to fellow magicians worldwide, by whom he was much loved, admired and respected.


Here's some rare footage of Alan with his wife and assistant, Anne, performing two classic illusions by another master magician, Robert Harbin...

And here's a variation on the subdivision of the female form, 'Little by Little', performed by Alan with his daughter, Julia, on the Paul Daniels Magic Show...


Finally, check out a period snippet from a 1964 Pathe Newsreel in which Alan and another subsequent President of The Magic Circle, the late Ali Bongo, are seen confounding Britain's newspaper photographers with their sleight of hand.


FAREWELL TO A MASTER OF THE MAGIC ARTS
Posted by Brian Sibley at 00:00