A MOST BEFUDDLING THING!

In 2014, I caught up with my friends Richard M Sherman and his wife, Elisabeth, when they were in London. I took the opportunity to grab an interview with him for a programme I was making celebrating the 50th anniversary of Ian Fleming's Chitty Chitty Bang Bang, for which Richard, with his brother Robert, wrote the song score.

I took with me one of my long-treasured possessions, the 1963 Disney film-tie-in paperback edition of T H White's The Sword in the Stone, for which Dick and Bob had also composed the songs. 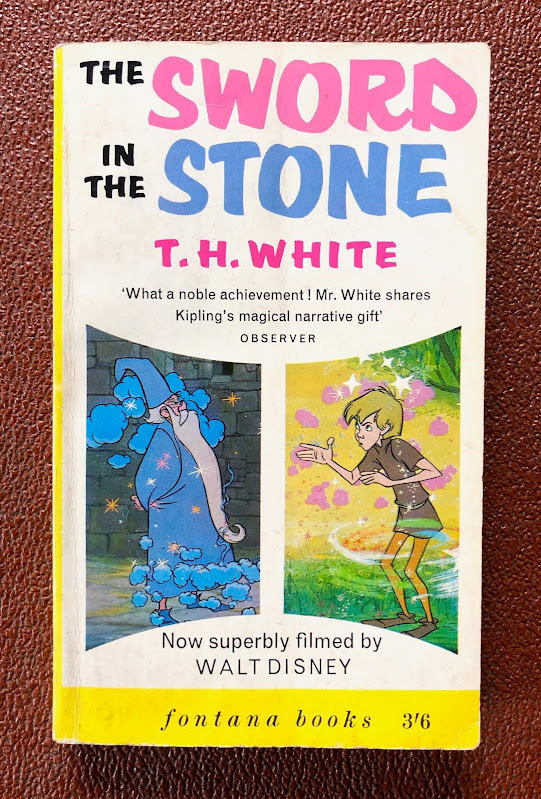 To be honest, fifty years earlier, I had ONLY bought the book because I'd recently seen 'the film of the book' and this copy had Disney characters on the front cover!

But – and it's a BIG 'but' – happenstance is a tricksy wench and sometimes (to quote one of Dick and Bob's songs) we can find life a 'most befuddling thing'.

I got past the cover and actually read the book! The result: I was so totally captivated by White's fantastical writing and unique style that I immediately dashed off to the library and borrowed his full Arthurian epic, The Once and Future King, a book that started me on what was to prove a long journey...

Many years later – and for many long years – I tried to convince the BBC to let me make a radio dramatisation of White's wonderful comical-tragical-historical-romance and, in 2014, after interminable negotiations with Disney and the estates of Alan Jay Lerner and Frederick Loewe (who had turned White's book into the musical, Camelot), I finally succeeded in achieving that ambition with a six one-hour serialisation starring Paul Reddy as Arthur and the David Warner as the very embodiment of White's Merlyn.

And so, you see, Richard's apt inscription, added to the book that day, perfectly sums up the wonderful, often long-term, fortuosity with which coincidence and connectivity can sometimes generously reward us! 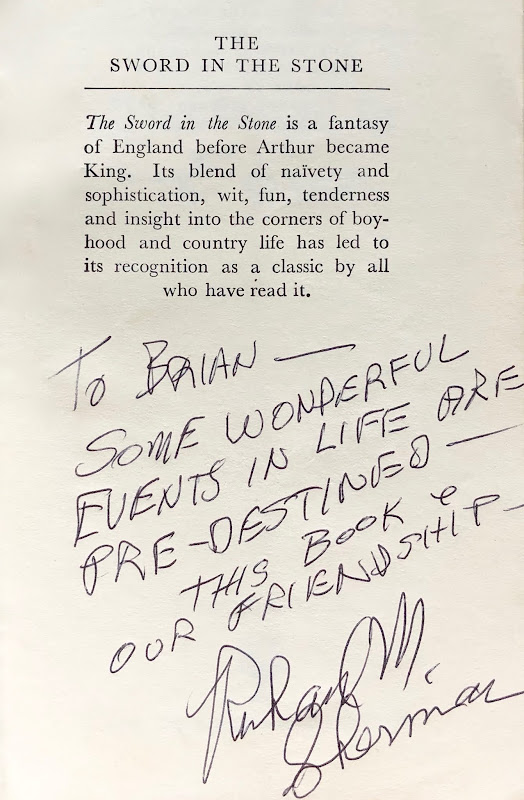