That was Humpty Dumpty's take on language - and why not?

The most interesting authors do it all the time: scattering philosophcal or linguistic puzzles through their work and leaving the rest of us lesser mortals - who get anxious if we encounter anything other than neat-and-tidy expression of thought - to ask senseless questions…

An interviewer once asked Jeanette Winterson the meaning of the line, “What you risk reveals what you value” in her 1988 novel, The Passion.

After a moment's thought, she replied: “It means... it means...'Lady, three white leopards sat under a juniper tree'…”

The interviewer - doubtless perplexed - moved swiftly on to his next question…

As some of you may have spotted, Ms Winterson was actually quoting a famous response by the poet T S Eliot to a similarly hopeless interrogation. 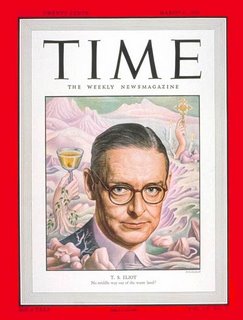 The incident, as recalled by fellow poet Stephen Spender, occured, in 1929, shortly after Eliot had published his poem Ash-Wednesday.

An undergraduate at the Oxford Poetry Club decided to ask Eliot to explain one of his more obscure poetic images:

“Please, sir," said the student, "what do you mean by the line, 'Lady, three white leopards sat under a juniper tree'?”

A not unreasonable enquiry one might have thought, but Eliot reputedly stared at his questioner for a while before eventually replying:

The Archbishop of Canterbury, Rowan Williams, quoted this exchange in one of his sermons, adding: “The obscurity or indeterminacy of a poem at the intellectual level can indeed be a strength, since it becomes free to signify more to the reader… The signification of the words is neither conceptual nor representational; it is the positing of a world in which these words ‘catch’ and establish certain relations or resonances…”

On a more popularist level, Don McLean has consistently declined to explain the lyrics of the title-number of his most famous album, American Pie…

"You will find many 'interpretations' of my lyrics,” he once said, “but none of them by me... Sorry to leave you all on your own like this but long ago I realized that songwriters should make their statements and move on, maintaining a dignified silence.” 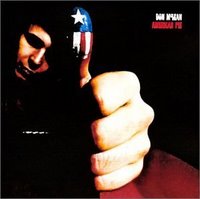 More amusingly, McLean once replied to the question “What does ‘American Pie’ mean?” with the wittily honest response: “It means I never have to work again!”

“The question is,” said Alice, “whether you can make words mean so many different things.”

“The question is,” said Humpty Dumpty, “which is to be master - that's all.”

Freddie Mercury consistently refused to explain what 'Bohemian Rhapsody' was about saying 'that would be very boring for the listener' on one radio show. No it wouldn't. I wanna know ! Now he's died NO-ONE will know for sure. This is annoying.Tim Rice came up with a very convincing explanation that, given the time it was written, could be true. Fred was killing off his old persona as a straight man and accepting to himself that he was going to have to live as a gay man.Then again, knowing Fred was more an artist than a writer, the song may just have been a painting in words as some of his others definately were.Hmm perhaps you're right. The more enigmatic a poem or song is...the more we WANT to know what it is and the more popular it gets whilst we all try and work it out.
MAYBE its more scary than that. Paul Simon was once asked what the chorus of his hit 'You can Call Me Al' was about. There was a pause and then...."It's about a man who wants a shot at redemption....he er doesn't want to end up er ....a cartyoon in er, you know...a cartoon graveyard" But that actually IS the line.
The moral of the story is...the song/poem/picture is actually the best way the artist can say what they want on that subject. What that subject is.,...heaven knows !

Yes, you are right, and you know - as a poet yourself - that one reason why you express yourself in verse is because it allows you to convey 'feelings' in a way that is as about as close as one can get to the actual act itself of 'feeling'...

If those words then evoke familiar feelings within the reader (or, in case of song lyrics, the listener) a connection is made: one which may be a literal sharing of the same emotion or possibly even something quite different - undreamt of even by the poet - but just as valid...

"The poem is a little myth of man's capacity of making life meaningful. And in the end, the poem is not a thing we see - it is, rather, a light by which we may see -- and what we see is life."

Once when I was at school, someone asked me, "What's the only thing strong enough to cut a diamond" The answer, unknown to me then, was diamond itself.
Perhaps then, the only way to convey a feeling or an emotion to someone else is through another sense, equally as strong - like music.Perhaps one day, when Mr Bradbury needs a new book, he'll come up with another machine that can harness our emotions and feelings and pass them onto someone else in a more tangible way. Then we won't need to do all this composing.

I first came across Don McLean on 'The Old Grey Whistle Test' where he, almost unknown then, sang American Pie and Vincent. I was so impressed I scoured the local Record shops for the album but no-one had heard of it (or him).

Generally, no interpretation of a good song's lyrics will be as beautiful, moving or evocative as the song itself. Otherwise, why use music at all? Why not just write an essay?